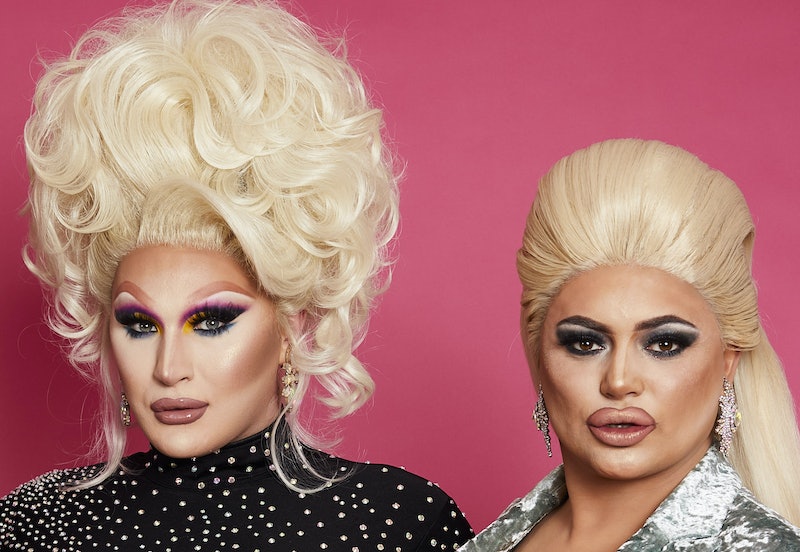 RuPaul's Drag Race UK's finale has only just wrapped up and you guys, there's already new content en route. Yes, it has been revealed that The Vivienne and Baga Chipz are set to host a show together. But not as their every day drag alter egos, nope. In the form of their unforgettable Snatch Game characters, Donald Trump and Margaret Thatcher.

Titled Morning T&T, the web series is coming from production company World Of Wonder, who are brains behind RuPaul's Drag Race. It will be available on their online streaming site WoW Presents+ from December 2019. I contacted Baga Chipz and The Vivenne's representatives for the t on the show's runtime, release date, and whether we might expect some celebrity guests on the show. I'll let you know as soon as I've heard anything.

The show appears to be a bit of a spoof of the morning TV show format, with the pair sat together at a table chewing the cud and discussing the day's events. The news was revealed via World Of Wonder's Twitter account with a tag harping back to Snatch Game, "all tea, no quid pro quo."

Despite very little having been revealed about the show, it looks like it's going to be the very best of the pair who both have undeniable comedic ability both in and out of drag.

Although they are the first UK contestants to get a spin off show, many of contestants on the U.S. version of the show have gone on to get their very own series. Take Alyssa Edwards and her show Dancing Queen or Courtney Act with The Bi Life. And Digital Spy reports that Trixie Mattel and Katya Zamolodchikova recently announced their new show I Like to Watch, which is kind of a glorified version of Gogglebox.

Rupaul's Drag Race UK fans please avert your eyes as I'm about to get into some spoilers vis-à-vis the show's finale.

So, as we all know by now, Baga Chipz, The Vivienne, and Divina De Campo were the last three standing in the first season of the hit drag show. The Vivienne took the gong, which of course sent Twitter into overdrive, with many complaining that Divina hadn't been the one crowned. Nobody's ever satisfied are they? Especially with regards to a show which has already become such a massive hit. So much so in fact that before the ink had even dried on the first season, the BBC went on and commissioned a second.

So it's safe to say that although this is the Drag Race UK first spin off to be announced, there are almost definitely going to be lots more in the years to come.