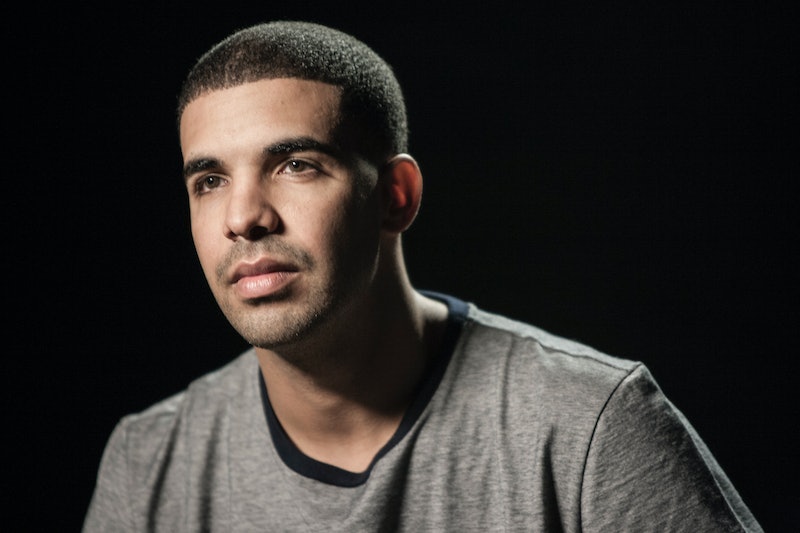 During a recent Instagram Live session with his father, Dennis Graham, Drake revealed he tested negative for the new coronavirus, despite the fact that he hung out with NBA star Kevin Durant last week. The rapper shared the news during a conversation with his father, casually telling the older musician, "You know I had to do a [coronavirus] test the other day. ... But it came back negative though."

Despite getting good news about his diagnosis, Drake explained that the test was "uncomfortable" because the doctors performing the test need to swab the inside of the nose in order to get a sample. "They put that Q-tip all the way inside your thoughts and sh*t," the rapper said with a laugh. Both Drake and his father also explained that they're feeling "okay" and are doing well, especially since the rapper has not been diagnosed with COVID-19.

Drake and Durant — one of several NBA players who have recently tested positive for COVID-19 — were spotted hanging out in Los Angeles on March 10, when the Brooklyn Nets were in L.A. to play the Lakers. The rapper posted a paparazzi photo of himself and Durant from their night out on Instagram the following day, along with the caption, "life is a race and the grim reaper catches up...till then glasses up."

One week later, Durant was one of four Nets players who announced they had tested positive, though he told The Athletic at the time that he felt fine. "Everyone be careful, take care of yourself and quarantine," he told reporter Shams Charania. "We're going to get through this."

On March 18, Page Six reported that Drake was self-isolating at his home in Toronto shortly after the news of Durant's positive diagnosis broke. Of course, in true Drake style, his version of quarantine was a little more glamorous than most people's; according to the outlet, the rapper announced he was self-isolating by sharing a video of himself playing basketball and drinking champagne on his Instagram Story. "My life for the next however long," he wrote on social media at the time.

Drake spent much of 2019 under the radar, after enjoying massive success with his Grammy-nominated fifth studio album, Scorpion in 2018. He dropped a surprise compilation album — Care Package, which consisted of revamped songs originally released between 2010 and 2016 — in August, and the rapper has only just recently begun teasing a new album, to be released in 2020.

In December, Drake told the audience at a DaBaby show that he was working on new music "so we can turn up in 2020." He followed that up by dropping two songs at the beginning of March: "When to Say When" and "Chicago Freestyle," both of which were promoted with a single music video. "NEW FULL DRAKE 2020 LEAKS ON [Soundcloud]," Drake wrote on Instagram to announced the surprise singles, though he has yet to share any more information about when fans can expect an album. At least he's probably feeling well enough to make some new music while everyone's in self-isolation right now.

More like this
Harry Styles Is Performing At The 2023 Grammy Awards
By Jake Viswanath
Cruz Beckham Teased New Music With An Adorable Nod To Mom Victoria Beckham
By Stephanie Topacio Long
"Lavender Haze" Star Laith Ashley Breaks Down Filming With Taylor Swift
By Jake Viswanath
Twitter Is In Awe Of Taylor Swift’s “Lavender Haze” Music Video
By Jake Viswanath
Get Even More From Bustle — Sign Up For The Newsletter
From hair trends to relationship advice, our daily newsletter has everything you need to sound like a person who’s on TikTok, even if you aren’t.