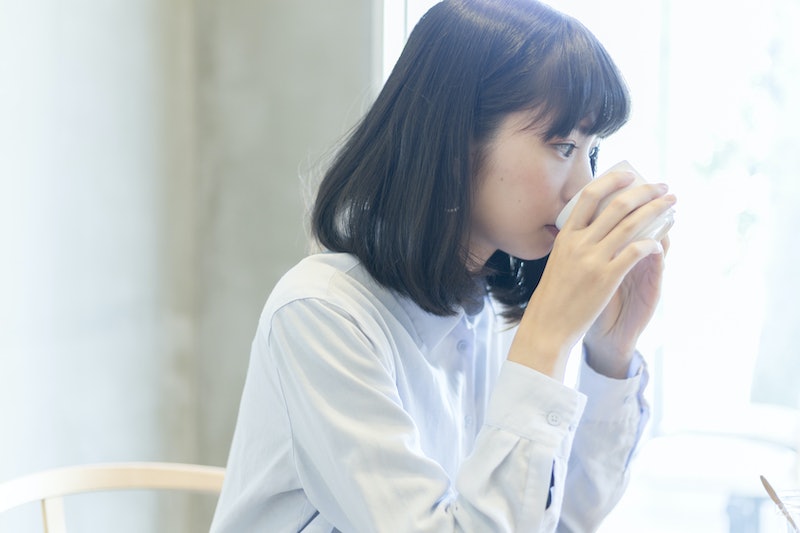 Good news for the tea drinkers in the crowd — your favorite beverage might be giving you a leg up over everyone else: A new study has found that drinking tea can improve your creativity. Researchers working out of China’s Peking University published their two-experiment study recently in the journal Food Quality and Preference, and although the sample size is small, it’s still got some pretty wide-reaching implications. So, y’know, go ahead and brew yourself up a nice cuppa; you’ve got plenty of reasons to feel good about it.

Previous research has found that tea drinking is positively related to creativity; for example, a literature review of existing research performed in 2013 found that drinking tea can improve your mood, your attention and alertness, and your performance at work and in creativity tasks. Additionally, a 2015 study found evidence of a positive connection between tea drinking and improved creativity. However, the current study is the first to have produced solid evidence in favor of tea-drinking boosting creativity, which makes it quite notable indeed.

For the study (which you can read online in full for free here), the researchers recruited a total of 90 university students — 50 for the first experiment and 40 for the second — via the campus bulletin board system. They were each paid $6 for their participation. The students were randomly assigned to either a tea-drinking group or a water-drinking one.

(But that's none of Kermit's business.)

Before each experiment’s main event began, a “receptionist” (actually an experimenter) brought each participant into a room, one at a time,and asked them their name, phone number, ID number, and a few questions about their educational background. While this activity was going on, the receptionist poured both the participant and herself a cup of whichever beverage the student had been randomly assigned: Tea or water. The beverages were consumed while the receptionist spoke to the participant for about three minutes.

In the first experiment, after meeting with the receptionist and drinking either tea or water, the participants completed a block play task with the following instructions:

“A toy factory is going to launch a new type of block and needs some block construct examples. Please build a block design that you think is attractive with as many blocks as you can in the given time. There are several judges next door whose duty is to rate your work. After you complete your block building, two photos of it will be taken and sent to these judges.”

The participants were also told that if their scores were good, it could earn them extra money; in reality, however, all participants were paid the same amount. They were given 10 minutes to complete the task, after which point photographs were taken of their designs. 10 additional university students who were blinded to the purpose of the experiment then rated the designs on an 11-point scale for innovativeness, aesthetic appeal, unification, and grandness.

The results revealed that the tea-drinking group’s scores were much higher than the water-drinking group’s were, even after controlling for gender and the volume of beverage consumed. Indeed, the researchers found that only a small bit of tea — around half a cup — and a short amount of time — about 15 minutes — correlated with an increase in divergent creativity as measured by the block task.

In the second experiment, after meeting with the receptionist and drinking either tea or water, plus completing a measure intended to evaluate present mood, the participants completed a restaurant naming task with the following instructions:

“There is a newly opened ramen (noodle) shop, and we are recruiting shop names for it. Please write as many names as possible that you think are cool and attractive within 20 min. There are some judges in the next room who are responsible for evaluating and selecting the appropriate shop names. We will give your final name list to them to rate.”

Again, the participants were told that they could earn extra money based on their scores. 10 additional students who were blinded to the purpose of the experiment again acted as judges, rating each name the participants came up with on innovativeness and playfulness; however, one judge didn’t finish the ratings, so only the responses from nine judges were used.

Similar to the first experiment, the researchers found that the tea-drinkers in this experiment had higher scores than the water-drinkers did, although this time, the difference only occurred in one measure: That of innovativeness. There wasn’t a significant difference between the groups when it came to playfulness scores, or the number of names each participant brainstormed within the time limit.

It’s interesting to me that the first experiment in the pair found that creative thinking could be improved even with a small amount of tea drunk over a short length of time — which brings up some interesting questions about whether long-term tea-drinking might have an effect on people’s creativity. We do know that regular tea drinkers do reap some health benefits from their beverage preferences; for example, research has found that, over time, tea drinkers are less likely to develop diabetes and have a lower risk of cardiovascular disease. Tea may also help lower blood pressure and improve cholesterol — although it’s not yet clear whether these benefits can be chalked up to the tea itself, or whether it’s because tea drinkers tend to live healthier lifestyles overall.

Still, though — I’d be interested to see further research that took the findings of the current study and applied them to some longer-term studies. Do people who drink a certain amount of tea regularly do better on creative tasks than those who don’t drink tea at all? Or better than those who only drink it on occasion? How do tea drinkers compare with, say, coffee drinkers when it comes to their creative thinking? I have a lot of questions that I would very much like to see explored further — and, hey, the good news is that this study may have opened up many of those avenues for future exploration.

In the meantime, though, go ahead and enjoy your favorite blend; turns out there’s even more to enjoy about it than the taste and the warmth. Cheers!

More like this
Pret & Costa’s Coffee Is The Strongest On The High Street, According To Which?
By Sam Ramsden
The 11 Benefits Of Aerial Yoga, According To Trainers
By Carolyn Steber
5 Signs You Have A Toxic Relationship With Yourself
By Lexi Inks
Dunkin’s Valentine’s Day Lineup Includes A Drink That Tastes Like Dessert
By Alexis Morillo
Get Even More From Bustle — Sign Up For The Newsletter
From hair trends to relationship advice, our daily newsletter has everything you need to sound like a person who’s on TikTok, even if you aren’t.