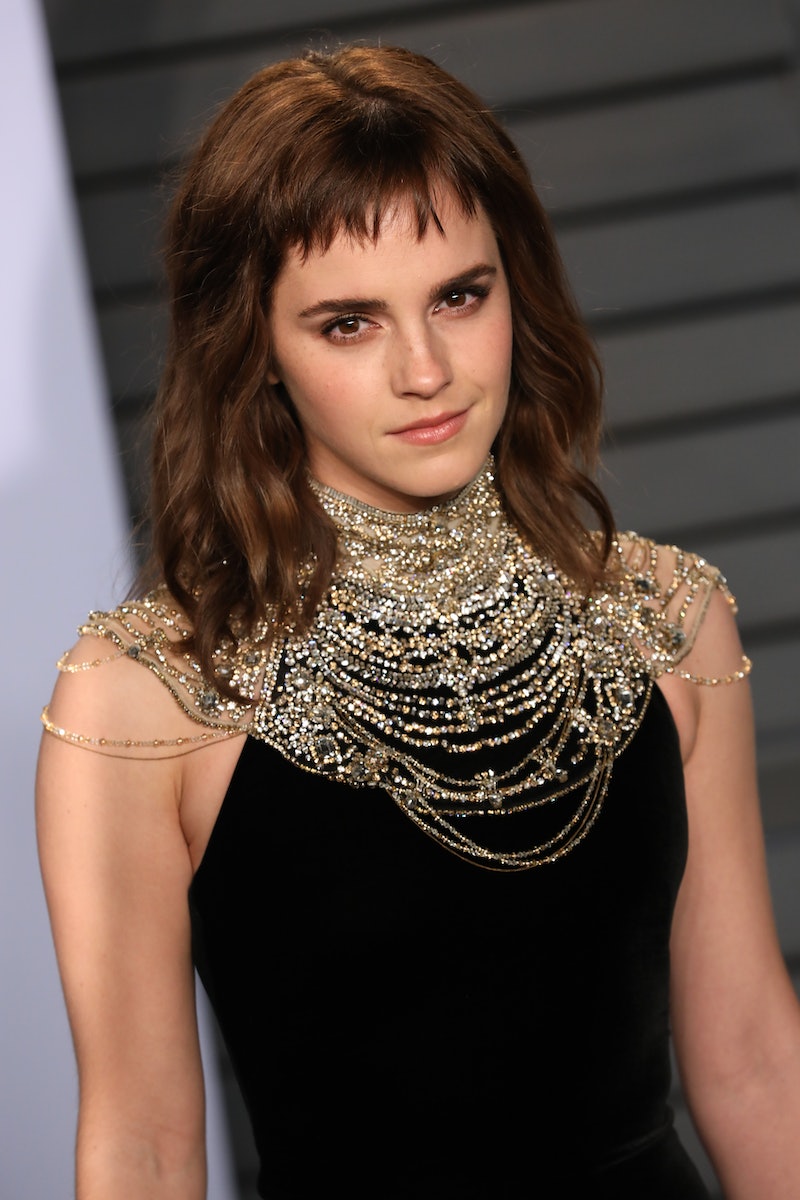 An American Civil War-era writer may have more in common with a 21st century pop star than you think. Little Women's Emma Watson compared Taylor Swift to Jo March — at least as far as their views on intellectual property go. In Greta Gerwig's 2019 movie adaptation of Louisa May Alcott's classic 1860s novel, Jo (portrayed by Saoirse Ronan on the big screen) boldly asks a publisher for full ownership of her novel's copyright. At the film's early December New York City premiere, Watson explained to Variety that Jo's request was about "believing in yourself and knowing your worth and owning your worth."

A modern-day example of this, according to the Harry Potter alum, is Swift's ongoing battle with Big Machine Records over the rights to her first six albums' masters. "Right now, the Taylor Swift situation is a great example of, you know, you're young and you're talented and someone wants to buy your work, but having ownership at the end of the day is super, super important because you don't know what someone's going to decide to do with that," Watson, who plays Little Women's Meg, added to the trade publication.

In June 2019, Swift's longtime collaborator Scott Borchetta sold Big Machine group, along with the masters to Swift's first six albums, to Scooter Braun — with whom the 10-time Grammy winner had long had a contentious relationship. After the news broke, Swift wrote a Tumblr post, calling the sale of her past music rights the "worst case scenario," also accusing Braun of "incessant, manipulative bullying" over the years. Borchetta responded to Swift's open letter on Big Machine's website, claiming Swift had been given the opportunity to sign an agreement to take ownership of her assets. He further claimed that Braun "was never anything but positive about Taylor."

Likening the situation to a game of Monopoly, Watson added to Variety that she thinks "people undervalue ownership" because, as in the board game, the way to win is "to own stuff." She also drew a comparison to how the game motivates people to "get cash fast," adding an "I'm just saying" for good measure.

For her part, Swift had praised Watson's feminist as far back as 2015. Following Watson's 2014 U.N. speech about gender equality, the singer praised her actor pal's activism. "I wish when I was 12 years old, I had been able to watch a video of my favorite actress explaining in such an intellectual, beautiful, poignant way the definition of feminism," Swift said of Watson in a 2015 interview, per Vanity Fair. "I just think that a lot of girls don't know the definition and the fact that Emma got up and explained it, I think it's an incredible thing and I am happy to live in a world where that happened."

The same year, Swift posed for a backstage group photo with Watson when she performed at London's Hyde Park that June. Fans saw the meeting as a magical moment between two inspiring women, and, four years later, they appear to still have each other's back.