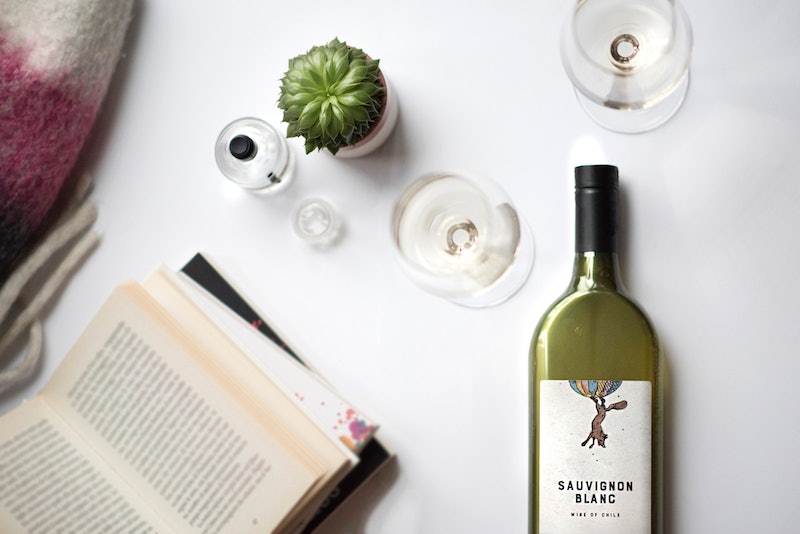 And today in the wonderful world of wine, we have this: The world’s first flat wine bottle is here, thanks to a new company calling itself Garçon Wines — and it’s not just a curiosity. It solves one of the great struggles of receiving wine deliveries by mail… if you live in the UK, that is. Or somewhere else where receiving your mail through a slot in your front door or a letterbox is the norm. Because that’s exactly why the bottle was invented: To be able to fit through letterbox slots, thereby allowing for greater ease of delivery for wine bottles.

According to Garçon Wines’ website, Joe Revell first hit upon the idea of creating a flat wine bottle due to the frustration of missing his wine club deliveries when he wasn’t home. He noticed, however, that his neighbor didn’t have the same issue with snack box deliveries: Because of their dimensions, they “slid effortlessly through the letterbox.” He wondered whether the same couldn’t be done for wine, so he joined up with Santiago Navarro, a wine retail entrepreneur — and after a lot of work, voila: The letterbox wine bottle was born. It’s gone on to win a variety of accolades, too, including the title of Diamond Finalist in the 2018 Dow Awards for Packaging Innovation, so clearly Garçon is onto something.

The bottle’s shape is inspired by the shape of the bordelaise bottle — or, as it’s colloquially known, the Bordeaux bottle. You probably know the type, even if you’re not familiar with its name: With straight sides and distinctive, square shoulders, it’s usually used to house wines like cabernet sauvignon and merlot. It gets its name from the French region from which it originates.

The shoulders differentiate it from another common bottle type, the slope-sided Burgundy bottle. It’s commonly believed that these shoulders were designed to “catch the sediment that could often accumulate in old Bordeaux while the bottle was being decanted,” as Vinepair puts it; however, this little tidbit of information hasn’t been confirmed and may well be apocryphal. Either way, though, the Bordeaux bottle is one of the most widely-used bottle types out there — so it makes a certain amount of sense that Garçon would take their cues from it for their own creation.

Like a standard bordelaise bottle, Garçon’s flat bottle hold 750ml of wine; however, it’s also quite a bit taller than a typical cylindrical bottle. (It would have to be in order to hold the same amount of wine.) It’s also 87 percent lighter, though, which has an additional effect on deliverability: Lighter bottles with more compact storage means they can be shipped with substantially more efficient methods which release less carbon emissions overall, as the Sunday Times notes.

It’s also worth noting that Garçon isn’t a winemaker — they’re a bottle-maker who supply containers to winemakers. As they put it on their website, “We're a B2B company, supplying our products to other businesses who in turn supply wine in our innovative, flat bottles to drinkers.” As such, regular consumers can’t just order a flat bottle of wine through Garçon; you have to go to one of their stockists. Just, y’know, FYI.

There is, however, one issue with the bottle: It’s made of plastic. And given the enormous environmental issues we’re currently facing due to plastic pollution — nearly 18 billion pounds of plastic waste makes its way into the ocean from coastal regions every year, according to National Geographic, which is wreaking havoc on… well, just about everything, everywhere, and everyone — the last thing we need in this world right now is more plastic.

There’s some debate about whether responsible plastic use can actually be achieved; experts generally agree that recycling in the sense that we usually think of it — individuals hanging onto their used bottles until they’ve got enough to bring to a recycling plant — isn’t going to solve the pollution crisis, but while some argue that the only solution is to ban plastic entirely, others believe that getting smarter about our plastic use as a society is an idea worth pursuing. Writing for Scientific American in July, for example, Matt Wilkins drew attention to the “circular economy model, where waste is minimized by planning in advance how materials can be reused and recycled at a product’s end of life rather than trying to figure that out after the fact” as a viable alternative to going zero-waste.

That’s similar to what Garçon is doing. Their bottles are made with 100 percent recycled polyethylene terephthalate (PET), “blown in the UK from plastic already in circulation, removing plastic from our environment and adding no new plastic to the world,” according to the company. The plastic used is also 100 percent safe for holding food and drink — and, of course, 100 percent recyclable when you’re done with your wine.

Besides, glass production, too, has its environmental issues: As Andrew Jefford noted at Decanter in January of 2018, both making and recycling glass require “colossal heat,” while the material's weight can often result in carbon emission-heavy transportation. When it comes to wine bottled in glass containers, Jefford concluded that the process of bottling, shipping, and recycling it puts “thousands of needless tons of CO2 into the atmosphere every year” — when nearly “every … stage of the journey [of a bottle of wine] could be accomplished in a bulk container with a much smaller carbon footprint.” The flat, plastic bottle made by Garçon could be that smaller carbon footprint alternative.

It’s true that Garçon Wines’ flat bottles won’t help you much if you don’t actually have a letterbox slot; while they’re common in some places in the world, they’re scarce or nonexistent in others. I’d be in trouble, for example — my front door doesn’t have a letterbox slot, and my mailbox is one of those square-shaped cubbies that only opens with a key in a bank of other similar cubbies. Still, though — if it cuts down on both the financial and environmental costs of delivery, and stores a little more easily due to its stackable nature, then there are still plenty of bonuses to be had for those of us living in non-letterbox locations.

To find out more, check out Garçon Wines’ home on the web.