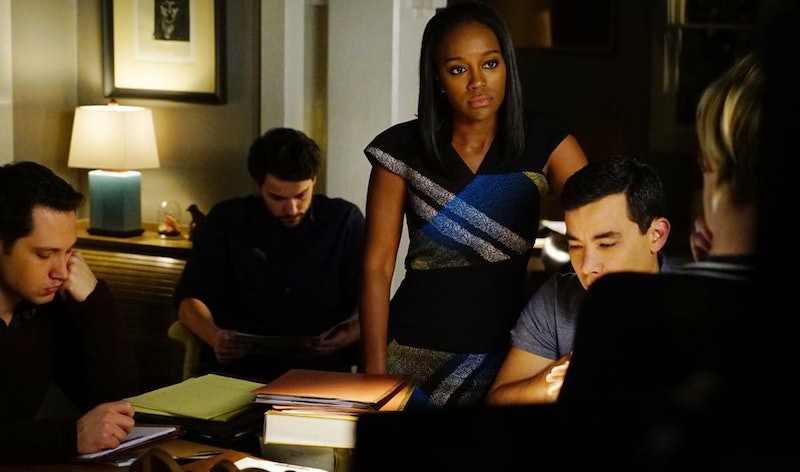 You love Thursdays. Not "like," love. Not because you're excitingly close to the weekend, and not because of that great happy hour deal at the bar around the corner. You love it because of TGIT. So the news that Grey's Anatomy, Scandal, and How To Get Away With Murder were renewed on Friday by ABC is a serious mood lifter. That's right, kids. While it's great for all the shows on the schedule, it's a particularly big deal for Grey's Anatomy, which is hitting Season 14 (Scandal will be heading into its seventh season, and How To Get Away With Murder into its fourth — not bad either).

ABC Entertainment President Channing Dungey sounded almost as pleased as you are about the news. According to Entertainment Weekly, he said,

“Grey’s Anatomy, Scandal, and How to Get Away With Murder continue to keep viewers on the edge of their seats and wanting more. I’m thrilled to bring back these shows and the OMG moments that come with them.”

So, is everyone as excited that Shondaland's TGIT is living to see another TV season? Over at Grey's Anatomy, their hilarious GIF reaction suggests that maybe they'd assumed their Season 13 would be about as lucky for the show as the number traditionally is.

But they seemed to be the only ones who were unsure they'd survive. Because meanwhile, at How To Get Away With Murder HQ, they were taking the news in stride: a little shruggy (like, "of course"), a little ready to party their faces off.

But while we all worship at the altar of Shonda Rhimes, the talented cast of actors, and the equally compelling production and writing staff behind these fine shows, hats off to Rhimes for keeping it all in context. As she pointed out on Twitter, there's one person to thank for all of this good fortune: you, the viewer.

So this Friday, raise a glass of whatever you're imbibing to the one, the only, the luminous Rhimes — and of course, yourself.