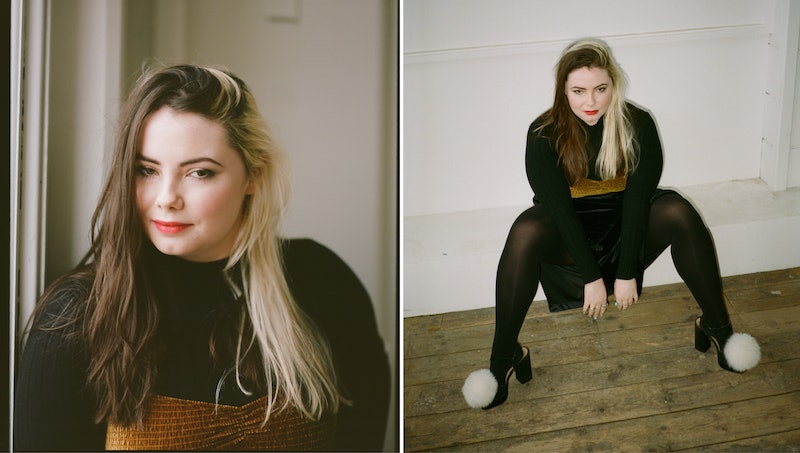 Grief is like a really bad breakup. That’s what romantic comedies and having no living relatives taught me.

I spent the first half of my twenties comfort eating and watching romantic comedies. My mum died when I was 21 and I replaced her with Nancy Meyers and carbohydrates. Because of this, I don’t have a lot of experience with men. My friends were all getting their hearts broken, and they didn’t know how to talk to me because their heartbreak was nothing compared to mine. Except, that’s not true. They’re kinda the same.

My father died when I was six, and, by the time mum died, all the other significant men in my life were either gay, someone else’s dad, or also dead. What can I say? Genetics gave me great eyebrows in exchange for a short life expectancy. So you should know that everything I know about men, sex, and relationships I learnt from movies.

They say grief is the price you pay for love. I have some thoughts about that. My first thought is: yes, and it’s not a sensible investment. It’s like investing in Ask Jeeves just as Google launches. You will live to regret it. The only way you won’t live to regret loving someone or something is if you die first, and that’s not sensible either.

It was a brain tumour that killed my mum. And, if I’m totally honest, every time I'm asked to give money to a cancer charity, I think: "Well, no. It’s already killed everyone I care about, so I won’t get a return on my investment." That of course implies that I don’t value the life of anyone else alive today, which, considering as I’m writing this on day two of my period, feels like a pretty accurate statement. (That’s not true, though. I fall in love with every boy in glasses who says his name apologetically.)

The first big similarity between grief and heartbreak is you can feel OK, maybe even human, and suddenly get a shot of pain like a bullet fired at point-blank range. Scrolling through Instagram and seeing your ex kissing their new partner prompts the same thought as seeing a cancer charity poster at the bus stop: there’s the b*tch that stole the person I love.

Romantic comedies sensibly suggest that, in order to get over someone, you have to first get them out of your life. Take, for example, The Holiday. Kate Winslet has to go to LA to get the bastard she loves out of her head. But that doesn't work. Even in the movies it doesn’t work. Rufus Sewell flew to LA to continue f**king with Kate Winslet’s beautiful head. Admittedly, the ghost of my mum has never randomly turned up at a mansion I was staying at in Beverly Hills, but she does show up uninvited every so often.

I’ll pack the dishwasher in a haphazard manner and I can feel her irritation. I’ll see the back of Anna Wintour's head in a magazine and have to do a double take because the shapes of their blunt bobs are the same. Then there's the smell of mum’s perfume. Lily of the Valley by Crabtree and Evelyn floors me. It’s a very rare scent, so it doesn’t happen often. In fact, it only happened once — in a supermarket. I followed the woman around until she got spooked and I cried.

Romantic comedies also say that, in order to get over someone, you have to see them differently. This is key. You have to hate them, otherwise you’ll just continue loving them. Forgetting Sarah Marshall is one of my favourite films — that, and Ingmar Bergman’s The Seventh Seal (try watching them back to back... it’s a really weird time). Jason Segel only realises what a bad person Sarah Marshall is when a certain part of his anatomy doesn’t respond to her the way it used to. One day I’d like to thank Mr Segal for revealing the link between a man knowing how he feels about something and the erogenous zone it’s tenuously connected to. His portrayal of a man discovering how he feels through a lack of feeling honestly changed how I understand men. I’m telling you, Forgetting Sarah Marshall really is revelatory.

Hating the person you love is hard. It’s hard if you broke up amicably or if your mum tried really hard not to die. I never hated my mum (well, 16-year-old Molly might have once or twice but we got over it) but how I saw her changed as my grief evolved. First it was really hard to remember her as she lived and not just as she died. Once I got past that, she became this perfect person who was everything I’ll never be. But then, I started to remember how annoying she was. How critical she was if I left the house without red lipstick or an ironed shirt. She became human again.

Grief is the price you pay for love, but the transaction doesn’t end there. Love becomes grief but grief becomes love again. Unless the person you broke up with was a total d*ck, in which case the only cinematic reference you need is The First Wives Club… see here.

You can find O'Shea on Instagram @molly.ohhh and Twitter @Molly_Ohhhhhhhh. O’Shea’s one-woman show Miss Fortunate premieres at VAULT Festival from March 1-3. You can buy tickets here.