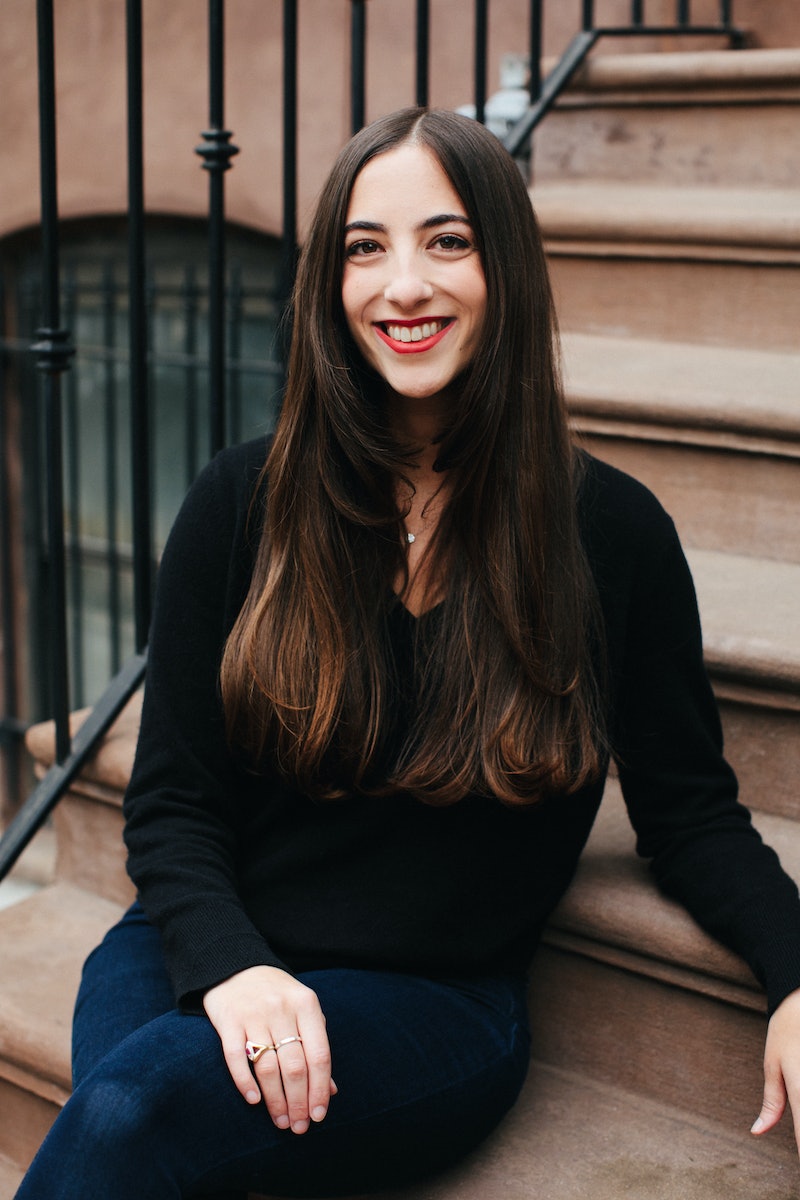 Most major sporting events — from college games to professional leagues — have been put on hold due to the spread of the novel coronavirus. And the 2020 Summer Olympics are no exception, having now been postponed to 2021. But none of these delays were in place by the time Hannah Orenstein (the senior dating editor at Bustle's sister site, Elite Daily) had finished writing her new Olympics-centric rom-com.

Head Over Heels centers on Avery Abrams, a gymnast who missed her chance to compete in the Olympics seven years ago. Reeling from a recent breakup, Avery finds herself back in her hometown where she takes a job helping her old crush Ryan train an up-and-coming athlete for the Olympics. As Avery gets cozy with Ryan, a scandal rocks the Olympic gymnastics world, with consequences for all involved.

"I initially pitched this book about Olympic gymnastics thinking it would make so much sense to have it launch in an Olympic year," Orenstein tells Bustle. "I said, 'It’s going to be a book about gymnastics; it should come out Summer 2020.' So that was always baked into the premise of the book."

Like many authors with new works out this summer, Orenstein hasn’t been able to do a traditional publicity tour given the country’s public health concerns. Instead of speaking at bookstores, she’s doing a series of virtual events and canceling other in-person opportunities. Still, the author says that's "just a drop in the bucket" compared to the life challenges others face today.

And Olympic gymnasts are amongst those feeling these challenges, as they've had to forego traditional training while still readying themselves for next year's Olympic Games. "I really feel for the gymnasts and their families, because they put so much at stake," Orenstein says, noting that gymnasts' careers are shortened by early physical peaking and the dearth of spots on Olympic teams. "It’s just really heartbreaking that the delay of even a couple of months can potentially end some of these athletes’ careers. A delay of a year will certainly have real impact."

As for Head Over Heels, the novel now finds itself fitting squarely in another literary subgenre: the alt-historical romance. In Avery and Ryan's world, the coronavirus pandemic never happened, and the 2020 Olympics went off without a hitch, making the novel an escapist, revisionist look at an unprecedented year in American history — one that isn’t affected by the coronavirus, widespread civil unrest, and incessant, unexplained fireworks. And though this wasn’t Orenstein’s intention, she’s delighted by the result.

"I always want to uplift readers," she says. "I want to be somebody who is bringing positive, light entertainment into their lives. That is a real honor, to be able to do that. To be able to provide an alternate reality is joyful. I want people to be able to escape into this book. Times are so dark right now, and if somebody is excited to see what could have happened instead, I’m really happy to provide that."