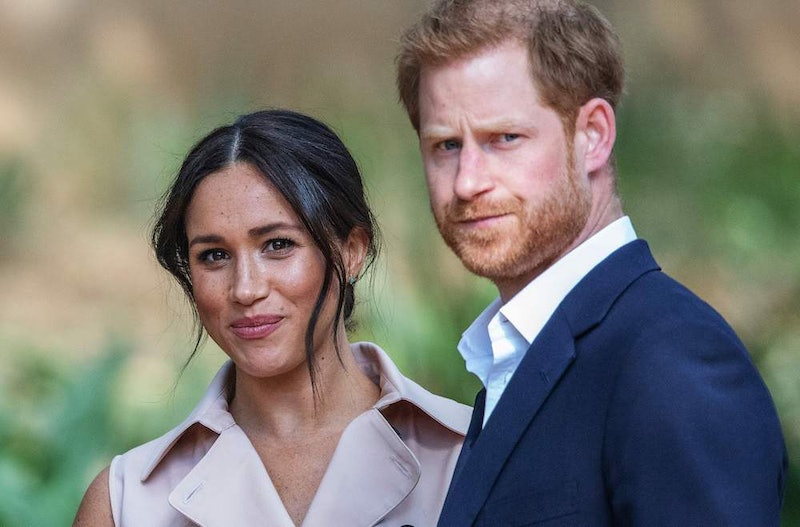 Prince Harry, Duke of Sussex and Meghan, Duchess of Sussex are doubling down against the press on the heels of their decision to step down from royal duties. Through lawyers on their behalf, Harry and Meghan issued a letter to paparazzi on Tuesday that warned “action will be taken” if the press purchased and/or published photographs of them taken under intrusive circumstances. The warning comes after the press leaked photos of Meghan and son Archie while the two were out and about at a park in Vancouver Island, Canada, the family’s new place of residence, over the weekend.

Per Sky News, the letter claimed a photographer hid in nearby bushes and spied on Meghan during her outing, and that the photos were taken without her permission. It also claimed that paparazzi have permanently camped outside of the couple’s home in Canada and photographed them while they were indoors with long-range lenses. “There are serious safety concerns about how the paparazzi are driving and the risk to life they pose,” the letter read, in part, per NBC News.

The letter comes after Harry and Meghan announced their decision to step back as members of the royal family and split their time between the United Kingdom and North America earlier this month. Under the arrangement — one that would reportedly be a one-year trial — the couple will forego their royal titles, no longer receive public funding, and repay taxpayer funds that went into the refurbishment of their home in Windsor.

Harry and Meghan’s decision to step back and relocate to Canada comes after a contentious battle with the British press. Last October, Harry filed a lawsuit against the Mail on Sunday and its parent company, Associated Newspapers, for alleged invasion of privacy and cited the rampant harassment towards Meghan. In his official statement, Harry paralleled Meghan’s treatment to that of his late mother, Princess Diana, who died in a car crash in 1997 while pursued by paparazzi.

Of his “deepest fear” of “history repeating itself,” Harry’s statement read, in part, “I’ve seen what happens when someone I love is commoditised to the point that they are no longer treated or seen as a real person. I lost my mother and now I watch my wife falling victim to the same powerful forces.”

On Sunday, Harry addressed the royal departure for the first time at a public event and said there was “no other option” but to step back so that his family could have a “more peaceful life.” He said, in part, “The decision that I have made for my wife and I to step back is not one I made lightly… What I want to make clear is we’re not walking away, and we certainly aren’t walking away from you.”

More like this
10 Photos Of William, Harry, & Their Cousins Honoring The Queen Together
By Stephanie Topacio Long
Prince Harry Will Be Able To Wear His Military Uniform After All
By Darshita Goyal and Sam Ramsden
The Queen’s Beloved Corgis Played A Special Role At Her Windsor Service
By El Hunt
King Charles Ensured These Subtle Tributes Were Included In Queen Elizabeth’s Funeral Wreath
By Sophie McEvoy
Get Even More From Bustle — Sign Up For The Newsletter