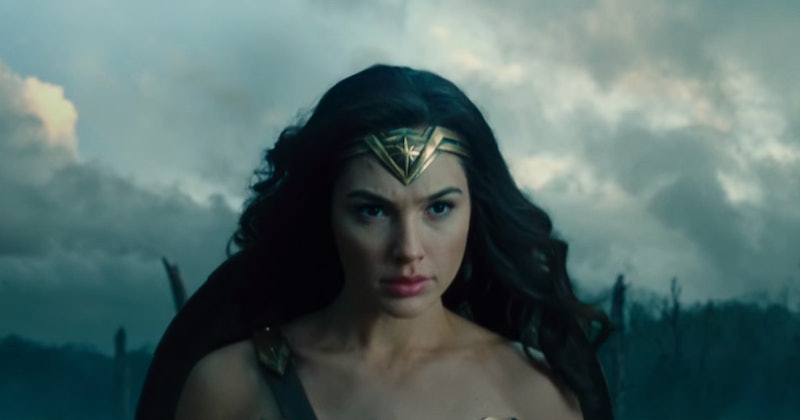 One of this summer's true box office triumphs was Wonder Woman. Not only did the film gross more than $800 million globally, but it's notable for touching the hearts of many female moviegoers, including Hillary Clinton. In an interview with Cosmopolitan, director Patty Jenkins responded to Clinton's love for Wonder Woman in the best possible way — by expressing her own appreciation that one of the country's most prominent women was inspired by Wonder Woman, just like everyone else.

Clinton shared her thoughts on Wonder Woman in a mass email that read: "I also had the a chance to see Wonder Woman finally, and it was just as inspirational as I'd suspected a movie about a strong, powerful woman in a fight to save the world from international disaster would be." Seeing the former presidential candidate praise the movie is a truly amazing pop culture moment, especially since Clinton and Diana Prince have more than a little bit in common.

As cool as the moment was for fans, it was even better for the film's director. Jenkins told Cosmopolitan that finding out Clinton is a fan was a surreal moment, but it was also a special one. In her interview, the director said,

"It’s completely surreal! Those sorts of crossovers to the real world are surreal because there's like two versions of me. There's the me that's like, 'Wow! [Wonder Woman] is this [kind of icon] to so many people, so I'm not surprised.' On the other hand, I’m like, 'So… our film? Those things we did, those people have watched? Oh, my god!' And I’m so honored that we’re being talked about by [Hillary Clinton] in this world."

Jenkins and Clinton's mutual appreciation of one another is just one more reason that Wonder Woman is a triumph. This is one superhero movie that truly brought audiences together in a way that is rare and worth being celebrated.

Seeing Diana representing all kinds of female strength on the big screen was a moment of empowerment for so many people. The film wasn't perfect — no movie is — but its positive impact on viewers is a rare accomplishment for a blockbuster. When Titanic director James Cameron tried to call Wonder Woman "a step back" for women, the push back from fans and Jenkins was immediate. Cameron tried to use the tired "strong female character" argument against Wonder Woman, by saying that she catered to the male gaze.

His words couldn't have been further from the truth, and Clinton's comments are the perfect illustration of why Cameron was so wrong. Clinton and Jenkins, like so many other women, move through a male-dominated world and have built exemplary careers in spaces that are not known for being open to women. Diana is a fictional representation of what it means to be strong in a society that tries to tell you how you should behave based on gender expectations.

Women like Clinton recognized a part of themselves in Diana. Sure, Wonder Women is feminine, but she's also a physical powerhouse. She's emotional and unapologetic for it. Sometimes she's cocky, and other times naive. In short, she's human in a way that powerful women aren't always allowed to be, and her experience resonated with people like Clinton, actor Lupita Nyong'o, and the many viewers who have previously been denied the experience of seeing the stories of female heroes told in theaters.

Jenkins and Clinton's praise for one another is just one more example of why Wonder Woman matters. Precious few films bring women together both onscreen and off. Diana is proving once again that she's a hero for the ages by continuing to show women just how much stronger they are when they're working together.