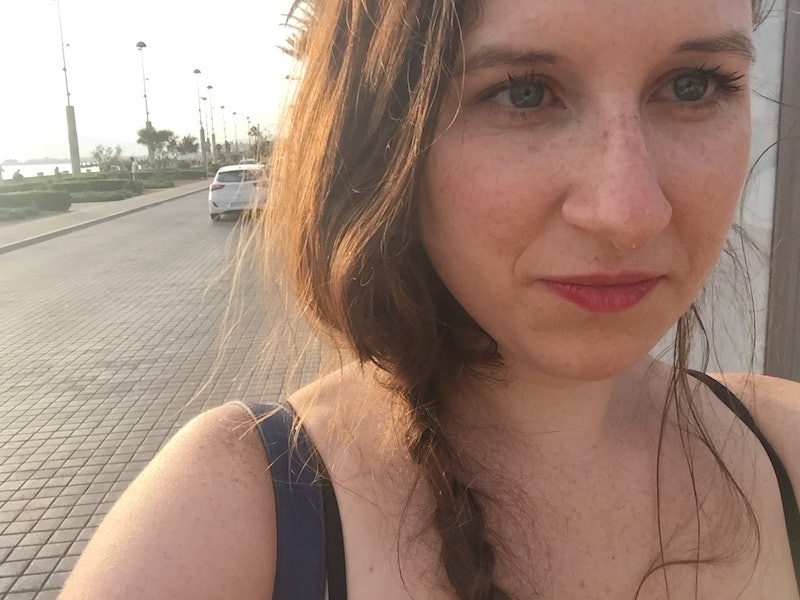 A few months ago, I was on the precipice of a big decision when I emailed my team of life coaches, Christina Salerno and Toku McCree. I'd signed up for a trip I realized I didn't want to be on, and I knew abandoning the group would cause upset. "This sounds like an incredible opportunity," Christina wrote back. "An opportunity to lean in to the guilt of getting what you want."

That's a phrase I'd come to hear many times over the course of our coaching. It's one that Salerno and McCree, executive coaches for Unexecutive, teach all their clients: Feeling guilty is pretty much unavoidable. The trick is to sit with the guilt. Once you're willing to do that, nobody else can control you. It's a concept both liberating and terrifying: liberating because it makes you realize there are few things we can't actually do. We just think we can't do things like leave a trip we've already signed up for or quit a job people are relying us to do because we'd feel guilty about it. And terrifying because sitting with guilt really, really sucks.

After that email exchange, I ended up going off on my own to a place I'd been dreaming of going and having a blast, and I also ended up pissing a lot of people off. But it was worth it. Since then, the ability to embrace guilt has helped me face many other fears, like eating the last piece of food on the table, asking employers for more money and shorter hours, and spending a large chunk of a family vacation without my family. I felt guilty in these situations, but I also felt free. It was all worth it.

Since we probably can't erase years of socialization and centuries of evolution that have led us to feel guilt, here are some ways you can learn to embrace guilt — and stop letting it limit you.

1. Understand Where It Comes From

Guilt became hardwired in us during a time when abandoning the people around us could be life-threatening, Salerno tells Bustle. Thousands of years ago, if you left a group of people you were traveling with, you could literally be attacked by a tiger — and leave them more vulnerable to an attack. Understanding this helps us see that now, the guilt isn't always necessary. We can simultaneously feel it and acknowledge that it doesn't serve us.

"The mistake that individuals make is that guilt is associated with good and evil," McCree tells Bustle. "But you can feel totally innocent doing something awful, and you can feel guilty doing something that's meaningless." For example, we may feel guilty about taking a vacation or eating chocolate, when in reality, that doesn't hurt anyone. Then sometimes, the things we feel guilty about actually do hurt people and should be avoided — the point is just to know the difference.

3. Ask Yourself What You're Doing Out Of Guilt

Guilt is usually created to maintain a sense of belonging: We feel guilty when we behave in a way that's disloyal to a group, whether that's literally leaving them or just failing to practice their values, McCree tells Bustle. So, we live a good chunk of our lives out of guilt without realizing it, because many of our decisions are subconsciously made to please our families. We may be aspiring toward a version of success that we learned from them, or we may be suppressing desires we've learned are "bad." Even if we're not consciously feeling guilty, we may be surprised by how many of our choices are indirectly influenced by familial guilt.

If the guilt of skipping a family vacation to travel by yourself or quitting your job to pursue your real passion seems like too much to handle, take baby steps. Order an extra scoop of ice cream. Leave the office a few minutes early to take a walk. Practice feeling guilt over small things, and the big things will get easier, says McCree.

5. Don't Try To Justify Your Actions

If you tell yourself working less will make you more productive at work, you're not really living with guilt, Salerno explains. You're trying to lessen the guilt by justifying your actions. The things you say to justify your choices may be true, but you don't need them. You can go for a walk because you want to. Accept the fact that you're spending less time working, or you'll never get used to living with guilt.

6. Define Your Own Morals

The truth is, most of us have morals that aren't based on guilt. The difference is that these are our personal morals, not the external ones imposed on us. Once you learn to live without guilt, for example, you may come to realize you don't agree with the restrictions on sexuality that your religion taught you — or, on the flip side, that you're not OK with eating meat even if your parents fed you it.

The beautiful and scary thing about learning to live with guilt is that you get to define your own morals. Once you learn to trust yourself, you'll no longer feel the need for guilt to guide you. And in case you're worried (like I was) that this means you'll be suffering through guilt all the time, rest assured that it fades. When you trust your own moral compass, you can defy other people's values while still feeling good about yourself.