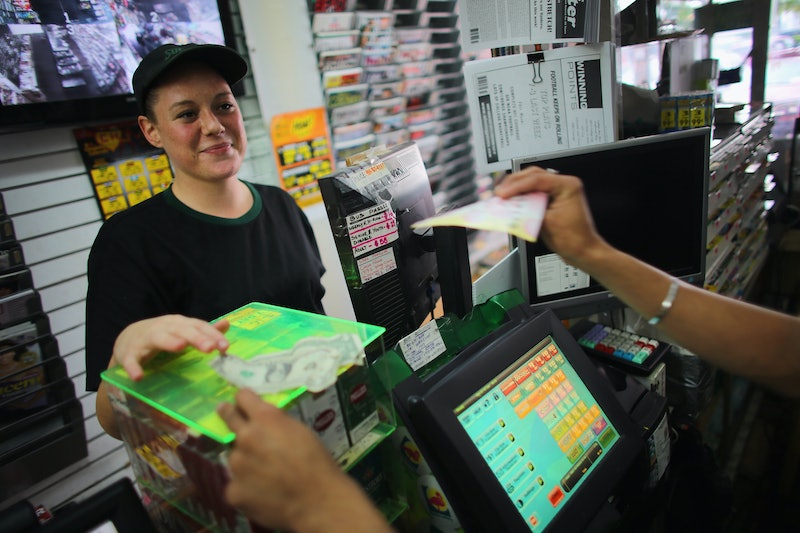 In the second biggest Powerball jackpot in history, one winner takes all. Officials confirmed someone in Massachusetts bought the winning ticket for the Powerball jackpot totaling nearly $759 million. Numbers were called out on Wednesday night with one lone winner while upwards of 9 million additional Powerball players won prizes totaling more than $135 million. The winner, however, won't take home the entire Powerball jackpot, thanks to taxes.

First the winner faces two choices: to accept the jackpot as annuity or lump sum. With annuity, the winner will receive one payment immediately and 29 subsequent payments on a yearly basis. Annuity payments increase over time because of inflation, but would also be taxed every year. If the winner chooses lump sum, they would receive the prize money all at once. The lump sum, however, is less than the total jackpot value. With this option, the winner of Wednesday's Powerball would receive approximately $443 million.

Regardless of their choice, one thing's certain: a sizable chunk of their winnings will be withheld in federal, state, and local taxes. How much lottery winners pay in state taxes varies by state so yes, location does matter when it comes to where you purchase a ticket. Nine states, including California, Florida, and Texas, do not tax lottery winnings. New York taxes the highest at 8.82 percent. That doesn't take city taxes in consideration, which would be an additional 3.88 percent in New York City.

Massachusetts taxes 5 percent. If the person who won the most recent Powerball jackpot chooses lump sum, they would pay more than $22 million in state taxes, leaving them $310,310,000. They would also have to pay taxes each year for any investment income. If they choose annuity, they would pay on average $16,333,333 per year in state taxes and receive after 30 payments $489,999,990.

Donating Powerball prize money to charity can help, but only to a certain extent. There's no limit to how much you can donate to charity, but in general, the IRS limits tax deductions from charitable donations to 50 percent of your income. That means the Powerball winner could donate all their prize money to charity and still pay taxes. This is in contrast to the man in Calgary who won the $40 million Lotto Max draw in 2013. The Canadian said he donated his jackpot to charity and the Canada Revenue Agency states that Canadians do not have to report nor pay taxes on a lottery windfall.

Taxation on prize money is more complicated in the United States. Experts advise lottery winners to lawyer up against legal claims and hire professionals to handle the money. Lottery lawyer Jason Kurland recommends assembling a team of an attorney, financial planner, and accountant. Despite high taxes, the Powerball jackpot winner will still be making bank in the millions.

Read more on the Powerball:

How Much Does The Powerball Winner Take Home After Taxes?

What To Do If You Win The Powerball

15 Of The Absolute Worst Powerball Horror Stories You'll Ever Hear

When Is The Next Powerball Drawing?