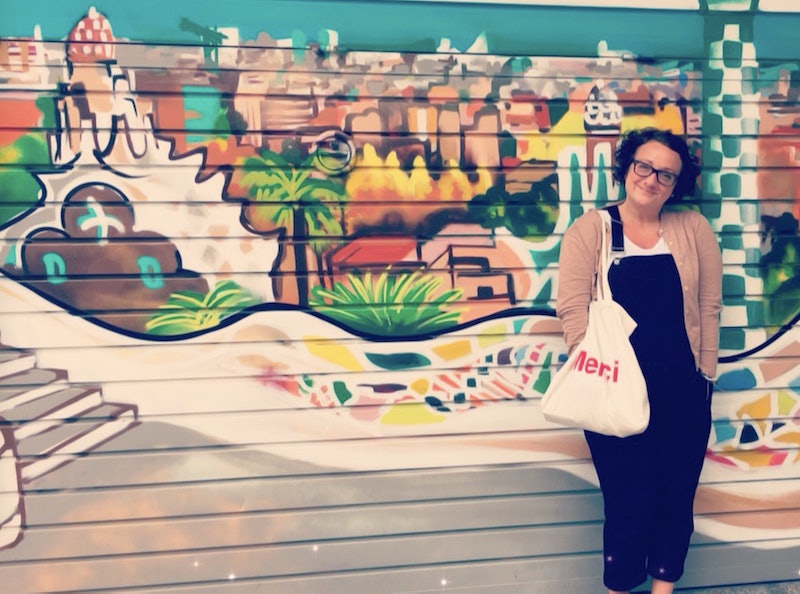 It’s the age-old question: “I don’t know. What do you want to do?” If someone were to pay me a penny for every time I've uttered these words, I'd be giving Bill Gates a run for his money.

I don’t know exactly where this indecisiveness originated, but I have a good guess. Living in a society that teaches women they should be seen and not heard probably played a role early on in my dating life. It didn't matter that I was raised in a liberal household where both my parents were champions of feminism, instilling in my sister and I that our voices mattered and we were just as capable as any man we'd meet in our life. Society's skewed view of the gender roles likely infiltrated my psyche, although I didn't know it then.

“Our society does not do us any favors when it comes to dating, relationships, and communication,” family and marriage therapist Rachel Wright tells Bustle. “There isn’t a class in school on how to express our needs, and there’s also a huge cultural shame around women asking for what they need — we’re afraid to come off 'selfish,' 'needy,' 'bitchy,' or 'aggressive.' The reality is that if we don’t ask for what we need from our partners, they are never going to know, and not going to be able to give it to you. Women feel guilt because our culture has programmed it into us — but there is truly no need for it. We’re not served by this guilt, nor does it serve our potential partners.”

Any confidence I had in suggesting date ideas or even expressing my honest feelings about ideas my date suggested was non-existent. I clearly recall saying “I don’t know. What do you want to do?” over and over again to my high school boyfriend. We’d go several rounds before we’d decide on doing nothing. Granted, we lived in southern New Hampshire, which is hardly bursting at the seams with interesting or cultural things to do, but still, had he exerted a modicum of creativity and I had taken a stand, we could have avoided going to the movies and Pizzeria Uno for the umpteenth time.

When you’re going on a first date with someone that may or may not be a total bust, you at least want to try to have fun.

This behavior continued through college. When I met the guy who would be my first love and the person I’d date for most of college, we played this game, too. But in this case, he was going to art school in Boston — there were so many things to do, far more than in New Hampshire — but I never felt confident in my suggestions. I felt if he decided or if we did the usual, there was no chance of me having made a bad choice. If he chose for us to go to the Gardner Museum and he was disappointed with the exhibition, then he only had himself to blame. It was a way of wiggling out of responsibility and, more than anything, making sure I couldn’t possibly be the source of his disappointment. I didn’t want him to feel like something had been a waste, and that the waste was my idea.

But as I got older and moved to New York City, dating went beyond just hanging out with someone in their dorm room and then suddenly finding myself in a relationship. I realized I had to take a stand. When you’re going on a first date with someone that may or may not be a total bust, you at least want to try to have fun. If there’s no chemistry or you simply don’t match as people, you want to be able to walk away from the experience being able to say, “at least the exhibit was stunning,” or “at least the lobster roll was just what I hoped it would be.”

It was this thinking, that I needed to take more control in my dating life, that pushed me to make suggestions, as opposed to leaving it up to the person I was dating or totally washing my hands of all decision-making. I found, in most cases, the person I was dating was happy that I had an idea of what to do and would often add something to it, therefore making a whole night of it with contributions from both of us. In a handful a cases, where my suggestions were quickly shot down, I realized that the person in question probably wasn’t someone I wanted to date anyway.

As I got into my 30s, this decisiveness became even stronger. At 25, I sucked it up, going on the date someone had curated so as not to be rude. At 32, I wouldn’t even make it to the first date. If someone has an aversion to Mexican food and Picasso, then I get it. But if they don’t and it’s a matter of them just not wanting to do what I’ve suggested, then they're not the person for me. It feels amazing to wield such power and to no longer take a back seat to what I do with my time. It’s not just a date, it’s my time; I’m not a fan of wasting my time.

If someone doesn’t value or respect my date idea — usually Taco Tuesday — then honestly, I don’t really see a future there.

Not only does my decisiveness, combined with the backbone that I definitely didn’t have in my teens and 20s, prevent me from wasting my precious time, but it makes it easier to weed out people who aren't right for me. If someone doesn’t value or respect my date idea — usually Taco Tuesday — then honestly, I don’t really see a future there.

“With each relationship, we hope to get a better understanding of our needs and what we will seek out in the future,” behavioral scientist and relationship coach Clarissa Silva tells Bustle. “One of the keys to forming healthy relationships is having a sense of what makes you happy and being decisive in each relationship. When you’re more decisive in the relationship, you’ll narrow down what you really want and it can help you avoid dissatisfaction, self-doubt, and hurt.”

With a few serious relationships, a marriage, a bunch of flings, and a lot of first dates that never made it to a second date under my belt, I now have a very clear view of what I want and need in a relationship. Although this doesn’t mean I won’t sometimes stray from those wants and needs, for the most part I’m steadfast in who I am and what I expect from people. It’s in knowing who I am and deciding how I’ll spend my time that has completely eliminated, “I don’t know. What do you want to do?” from my vocabulary all together — and it’s better this way. If I was still unable to decide whether someone who quickly shot down my idea for Taco Tuesday without offering another suggestion was right for me, who would I even be? Certainly not the decisive woman I am today.