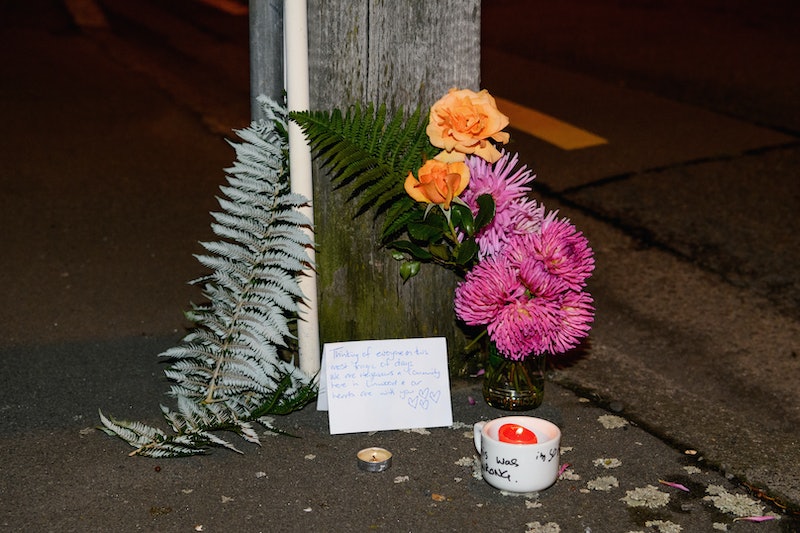 In a targeted attack during Friday prayers, a self-proclaimed Australian-born white nationalist allegedly killed 49 people and injured 48 at two separate mosques in Christchurch, New Zealand, The New York Times reported. Nasreen Hanif, a spokeswoman for the Islamic Women’s Council of New Zealand, told the Times that the city needs help planning at least 49 funerals. If you want to support the Muslim community after the New Zealand mosque shootings, consider donating to organizations dedicated to helping victims and their families.

The attacks, one of which was reportedly streamed live on social media, came as a shock to Moustafa Farouk, a spokesman for the Federation of Islamic Associations of New Zealand. "It’s one of the most peaceful countries in the world," he told the Times. Many people are furiously searching for updates on family and friends who may have been at Friday prayers at Masjid Al Noor and Linwood Masjid mosques. A website called Restoring Family links allows people to search for the missing or mark themselves as safe.

There are several organizations where you can donate money to help support victims and their families in the wake of the attacks. You can also offer support to the Muslim community in your town or city. Reach out to friends, neighbors, or your local community center and ask how you can help.

An organization called Givealittle is accepting donations for victims and their families. On Twitter, the group said they are experiencing 20 times their normal traffic due to people making donations. If the website times out when you're trying to donate, wait a few minutes and try again. Donate to Givealittle.

LaunchGood, a crowdfunding site dedicated to supporting Muslims worldwide, is accepting donations that will go toward meeting the short-term needs of victims and their families. All funds raised will be distributed by the New Zealand Islamic Information Centre. Donate to LaunchGood.

The Federation of Islamic Associations of New Zealand is partnering with the Global Relief Trust to raise money for victims and their families. "We ask the Muslims of New Zealand and overseas to pray for peace at this time of great sadness. We can only hope that this is an isolated incident and that New Zealand will return to being the peaceful country it has long been for all who live here, whatever their religion," FIANZ said in a statement on the GRT website. Donate to Global Relief Trust.

Penny Appeal Australia is raising funds to help support their New Zealand neighbors affected by the mosque shootings. "Penny Appeal Australia will be offering support to the victims of the Christchurch Mosque Shooting, with immediate community care for the victims and their families, help with funeral costs as well as psychosocial support and bereavement counseling," the organization said on its website. Donate to Penny Appeal.

In the wake of a deadly synagogue shooting in Pittsburg in 2018, the Muslim community raised money to assist with funeral costs. Now the Jewish Federation Of Greater Pittsburg is giving back by organizing a fundraiser to help those affected by the New Zealand mosque shootings. The group will give 100 percent of donations to victims and their families and is in the process of identifying an international partner to help distribute donations. Donate to the New Zealand Attack Emergency Relief Fund.

There are a lot of other crowdfunding campaigns popping up and being promoted on social media. Before making a donation, do some research to make sure the group is a legitimate entity committed to helping those affected by the shootings.