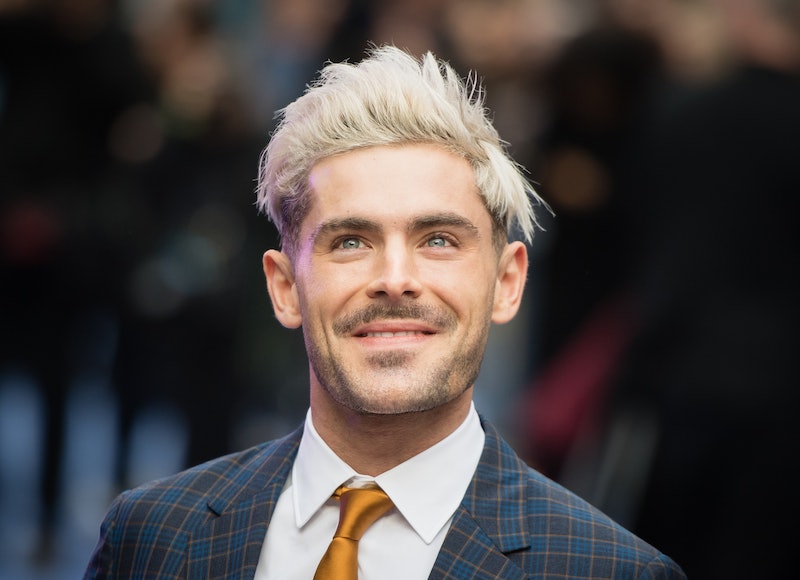 New streaming service Quibi hasn't even launched yet but it's already getting a lot of attention owing to its mega shows, including one High School Musical OG Zac Efron. So, the question is, how do you watch Killing Zac Efron in the UK? Because this show is just as wild as it sounds.

Killing Zac Efron will follow the Hollywood A-lister as he travels deep into the jungle of a remote island and goes off the grid for 21 days. The brand spanking new adventure show not only stars Efron, but has him in the role of executive producer too.

Speaking about the new show in a press release sent to Bustle UK, Efron has said:

"I tend to thrive under extreme circumstances and seek out opportunities that challenge me on every level. I am excited to explore any uncharted territory and discover what unexpected adventure awaits!"

He'll have only basic gear, a guide partner, and "the will to survive," the press release states. Oh for goodness sake, couldn't he have booked a yurt or something? Glamping this is not.

As previously mentioned, Killing Zak Efron will be available on Quibi, an upcoming mobile streaming platform set to launch in the u.S. in April 2020. Sadly, there is yet to be a British release date for Quibi, but I have contacted a member of their press team to find out more info about Killing Zac Efron and what their plans are to get it in front of UK audiences.

The show is set to be one of the flagship shows from the brand new streaming platform, along with a hidden camera show featuring Cara Delevingne. And Vulture are now reporting that Bill Murray is set to star in The Now, a new show for the network that comes from the mind of Oscar-winning Green Book director Peter Farrelly and his brother Bobby.