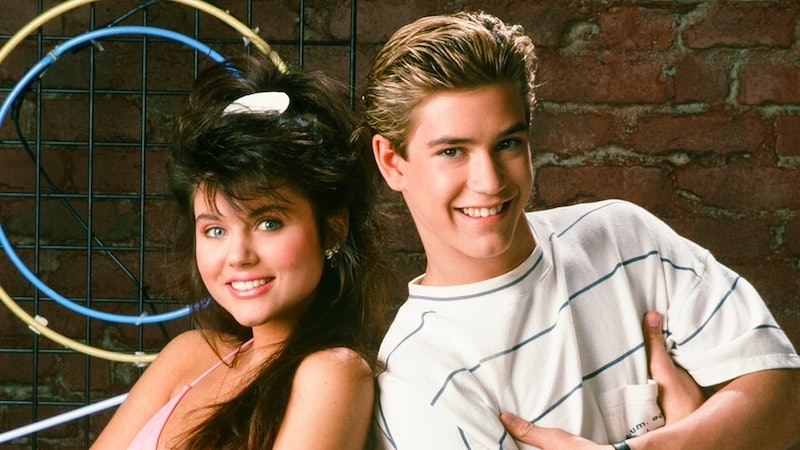 More often than not, our favourite shows from years gone by are better off left alone. However, every now and again the occasional TV revamp comes along and manages to pique our interest. This was certainly the case when news of a Saved by the Bell reboot first broke. The upcoming series will be a direct follow-up to the U.S. sitcom's original run, and centre around a brand new batch of Bayside High students. So, if you're excited for a fresh take on this '90s classic, here's how to watch the Saved by the Bell reboot in the UK.

As Metro reports, the new series is expected to debut on the NBC Universal streaming service Peakcock later this year. Unfortunately, the platform is not currently available in the UK, and news of a Saved by the Bell airdate on this side of the pond is yet to be announced.

I have reached out to NBC Universal for comment, and promise to update with any new information when it becomes available.

The recently dropped Saved by the Bell trailer declared that class is very much "back in session," and revealed that two of the show's biggest stars, Mario Lopez and Elizabeth Berkley, will reprise their roles as AC Slater and Jessie Span, respectively.

Mark-Paul Gosselaar has also been confirmed to star in the reboot as the beloved Zack Morris, and will be joined in the cast by a string of fresh faces, who bring with them a set of "new rules."

The plot of the new series largely centres around a former Bayside student-turned politician, who is forced to combine two high schools in the wake of a local government scandal. The merge leads to a class divide between the rich and poorer students, and although the COVID-19 pandemic has put much of the TV industry on hold, the sitcom revival is expected to press ahead with its scheduled release.

As The Sun reports, Saved by the Bell first graced our screens in the late '80s, running between 1989 — 1992. The original series was promptly followed by a spin-off titled The College Years, which aired for just one series back in 1993.

Although a UK airdate isn't yet on the cards, the sitcom is expected to debut in the U.S. soon. So fingers crossed Saved by the Bell makes its way back over to Blighty soon.