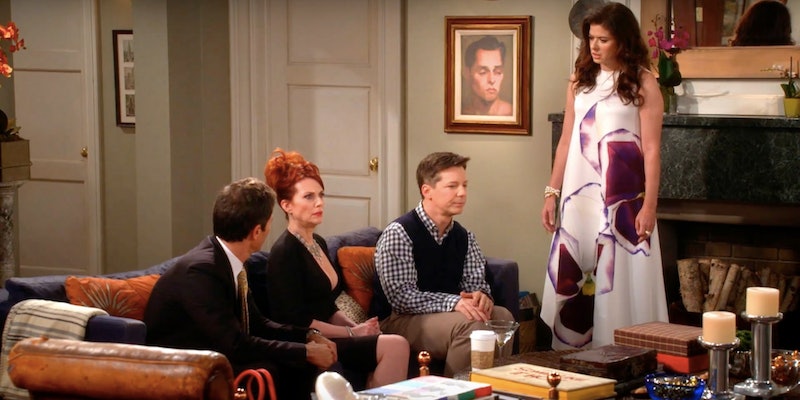 Laurel and Hardy. Bonnie and Clyde. Tia and Tamera. Some duos just go together like bread and butter and are engrained in entertainment history forever and always. Pairs that compliment each other and have incredible chemistry are not exactly a dime a dozen and one example where that is as clear as day is in Will And Grace. But how can you watch Will And Grace in the UK?

Y'all the tenth season is coming to your screens any day now so it is about time you caught up on your fave TV twosome. You know, so you know what's up.

So it's not great news for those with a Netflix account, but it is all sunshine and lollypops for those who have an Amazon Prime account because season one to eight are available for your streaming pleasure. Take yourself away to New York City and the wild lives of the characters, live vicariously in a world where snazzy NYC apartments are normal, and let Debra Messing's ginger curls envelope you in a safe happy place.

But hold up one second, are you one of those rare people who haven't ever seen the show? Wow. OK then you are in for a serious treat.

The show is all about two best mates Will and Grace who end up living together after Grace leaves her fiancé at the altar. Will is a super uptight corporate lawyer and Grace is a laid-back interior designer. They rely on each other in the way that only you and your BFF do.

The show was a huge hit and was totally ground-breaking in its depiction of openly gay, promiscuous characters at the very forefront of the show. Add to that its willingness to discuss controversial topics including the #MeToo movement (in the revival series) and you have yourself a show that pushes boundaries in the best way possible.

Who the hell could forget Jack, whose outrageous behaviour and attitude to life is only heightened by that of his very own best friend Karen. Karen is married to a never seen gazillionnaire, couldn't care less what anyone thinks of her, and manages to be even more eccentric than Jack which is like, impressive in itself.

The show was loved by fans and critics alike and people were low key bereft when it came to an epic finale back in 2006. The finale totally did it justice though and y'all it was merely ten years before it was back once again with anther dose of the LOLs. Speaking to Variety, Messing described her experience on the show as "...explosive fun and joy and laughter and yes, a lot of hard physical work".

The show's return in 2017 was such a success that back in October, season ten kicked off over in the U.S. The season has yet to air in the UK but word is that it will be kicking off in early 2019 on Channel 5 so you shouldn't have too long to wait.

Until then, go on ahead and fill up your boots over on Amazon Prime.

Watch Will And Grace on Amazon Prime.