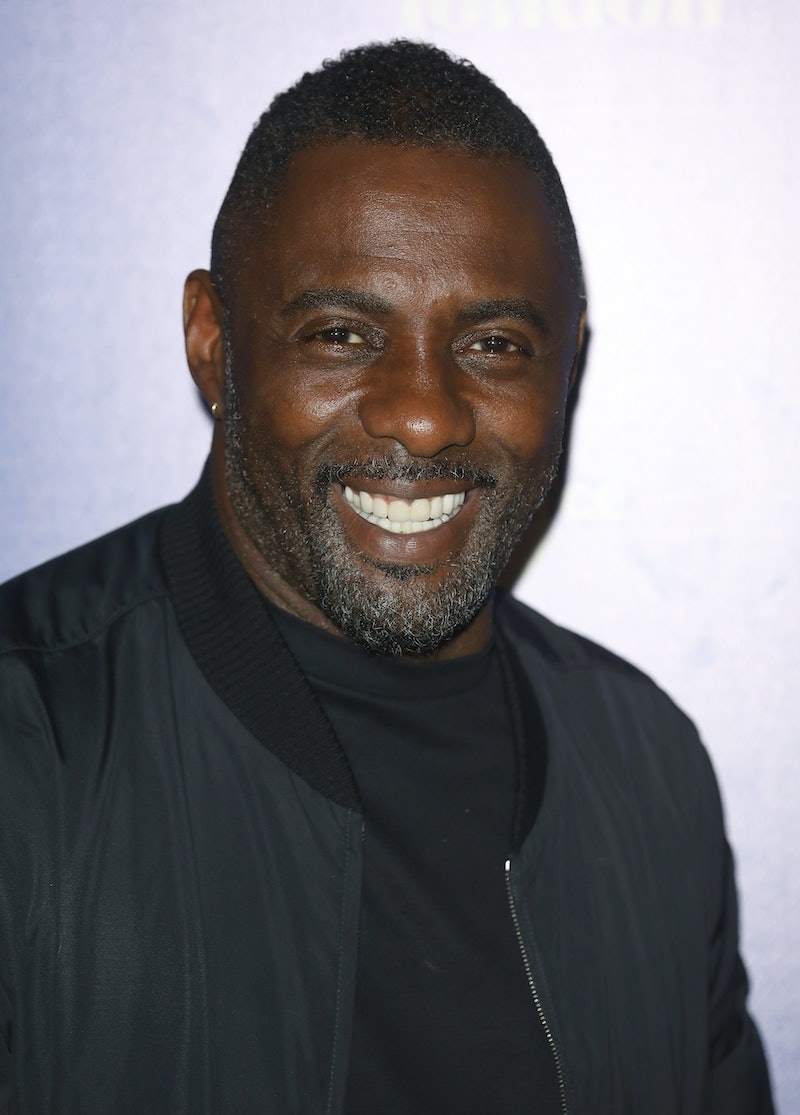 Saturday Night Live is bringing in March like a lion — in the fiercest way possible, that is. Idris Elba will host SNL on March 9, coming to you live from New York — just one week after previously announced host John Mulaney returns to the stage at Studio 8H, NBC revealed on Wednesday, Feb. 20. Elba, AKA People's reigning Sexiest Man Alive, will be making his SNL hosting debut alongside first-time musical guest, Grammy nominee Khalid, who responded to the news on Twitter with three crying emojis.

While certainly known for his dramatic acting chops and leading-man good looks, Elba is no stranger to the comedy world. Aside from his stint as Charles Miner on NBC's The Office, the Golden Globe winner is also premiering his own Netflix comedy series, Turn Up Charlie, on March 15. Per Entertainment Weekly, Elba will star as Charlie, "a struggling DJ who gets his final chance at success when he reluctantly becomes a manny to his famous best friend’s problem-child daughter.”

For his part, Mulaney served as an SNL writer for six seasons and — in addition to penning all of Bill Hader's appearances as Stefon on "Weekend Update" — won a primetime Emmy during his tenure on the sketch comedy series. He also hosted the show last April, so it seems safe to say he'll be a crowdpleaser when he returns to 30 Rock for his March 2 hosting gig. He even most recently returned for a January "Weekend Update" segment alongside pal Pete Davidson.

During the appearance, Mulaney and Davidson gave their hilarious takes on Clint Eastwood's recent film The Mule. On a more serious note, though, the comedian was truly there to support Davidson, who discussed the news that he was recently "publicly threatening suicide." While the pair largely kept the mood light in their segment, Mulaney did, at one point, look Davidson in the eyes to say: "You are loved by many. We're glad you are OK ... Now back to The Mule."

Upon announcing his selection as a second-time host on Feb. 20, Mulaney simply tweeted, "oh boy," on Feb. 16, along with a photo of the iconic SNL corkboard tacked with his name as the host, along with that of country star Thomas Rhett as the March 2 musical guest.

Rhett's Twitter reaction, however, was a bit more effusive. "Playing NEW MUSIC out 3/1 on @nbcsnl on 3/2 <— how is that sentence even real!? #SNL," he posted on Feb. 17. He even got his 3-year-old daughter Willa Gray in on the fun, sharing a video where he's carrying his girl and asks her, "What's Daddy doing on March 2?" After Willa made her best attempt at saying, "Saturday Night Live," the "Marry Me" singer also announced he'd be playing "some brand new songs off my brand new record" that night, promising fans "it's gonna be fun."

Elba and Mulaney, of course, will join a host of other A-listers who have already led the show this year, including Don Cheadle, Halsey, James McAvoy, Matt Damon, Jason Momoa, Claire Foy, Steve Carell, and Awkwafina, among others.

One thing is for sure: SNL is going to have great shows for you when both men officially join those ranks in March.