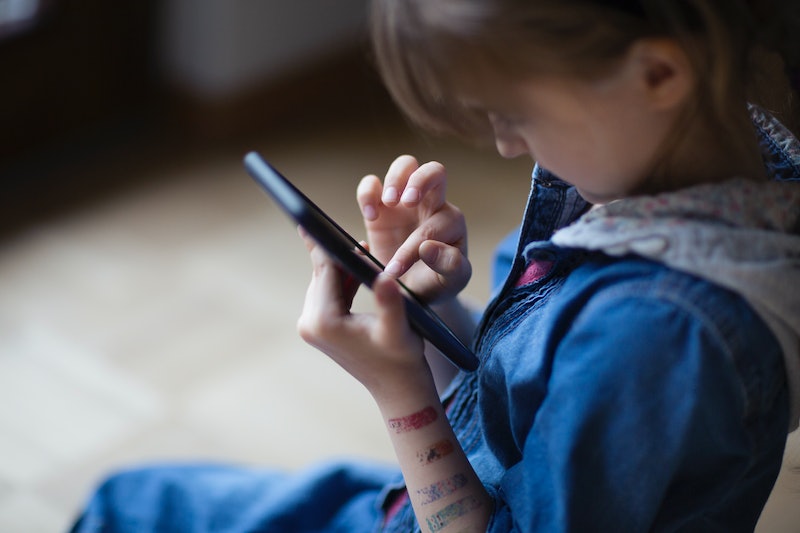 If you've ever come across a kid's Instagram page and couldn't imagine having social media at the tips of your fingers as a child, you're not alone. On Dec. 4, Instagram announced that it's enforcing its age requirement to make sure kids under 13 aren't joining. Though current users might not notice anything different, Instagram will ask for new users' ages to make sure they're old enough to create their own accounts.

Though Instagram's rules always included an age requirement, this is the first time the social media platform is requiring users to log in their actual birthdate. In a Dec. 4 press release, the company said that requiring this information will keep young users safer, and help the platform provide more age-appropriate experiences to children over 13. For example, Instagram won't show alcohol ads to users who are younger than the legal drinking age in their country, according to its Help page. The platform also specified that this birthdate information wouldn't be shared with any other users or be visible on your profile.

During an interview with The Cut, Instagram cofounder Kevin Systrom revealed that the platform's age requirement would apply to his own daughter too. And though she's just 2 years old now, he said that like any "normal parent," he'd definitely monitor her Instagram account once she's old enough to have one. "But also, if Instagram’s around 12 years from now, that’s awesome," he added. "So I’m going to be very happy if I’m going to have a conversation with my daughter about Instagram." And just like any other parent, he'd still be concerned about her social media usage. "I’d worry about my kid’s safety," Systrom said. "I’d worry about her well-being. I’d worry about her confidence."

Aside from doubling down on the age minimum, Instagram is also "strengthening messaging privacy" by allowing users to control who can send them direct messages on the app. It's no secret that sometimes random accounts send you creepy or uncomfortable DMs on Instagram. With Instagram's new update, you can enable a setting that'll restrict anyone you're not following from sending you a message, putting you in a group chat, or replying to your Story, even if your account is public. This is to tackle the concern of older people sending young users (or anyone, for that matter) inappropriate content or messages. This setting will be rolled out in the coming weeks, according to an Instagram.