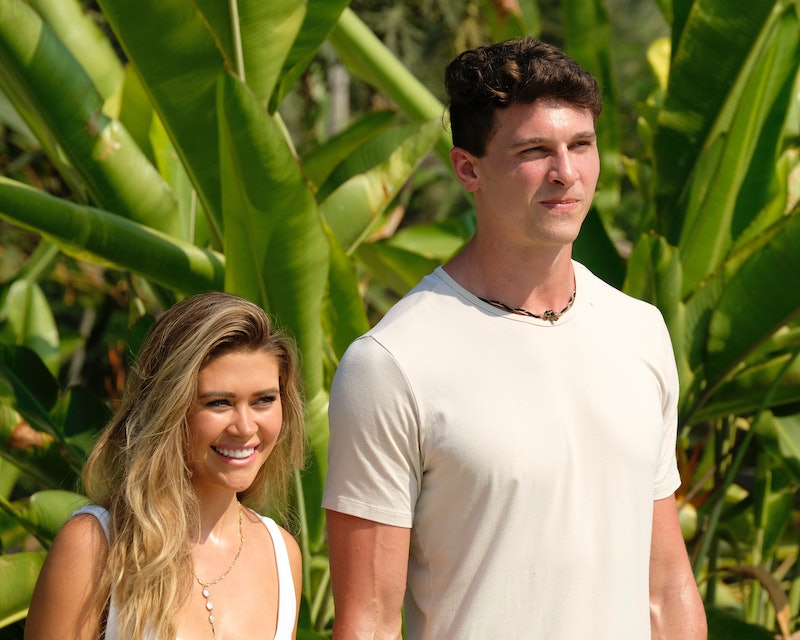 Thanks to his time on Hannah B.'s season of The Bachelorette, everyone knows that he's great at writing adorable love notes, but will that be enough for Connor S. to be dating someone after Paradise? He's bound to arrive on the beach very soon, and when he does, the investment analyst will have a lot to... analyze. And hopefully, he also finds someone to invest in.

Connor's attempt to win Hannah over on The Bachelorette was heartbreaking to watch knowing she didn't have the same feelings for him. He had nothing but good intentions, but the two of them just weren't meant to be. There's no way Bachelor Nation could stand to watch him get his heart broken like that again.

Unfortunately, that's always a possibility in Paradise, but that's the risk you have to be willing to take to find love. The later Connor arrives, the lower his chance of winning someone over gets, considering everyone's already starting to become pretty loyal within their pairings and it's only Week 4.

As of the August 26 episode, the beach is coupled up as follows: Demi and Kristian, Dylan and Hannah, Clay and Nicole, Mike and Sydney, Dean and Caelynn, Blake and Kristina, Derek and Tayshia, John Paul Jones and Haley, and Chris and Katie. Tazhjuan, Jen, and Caitlin were ruthlessly sent home in the third rose ceremony. But when the time clock is reset and the women hold the rose giving power, everything could change.

Connor doesn't come off as the type of guy who would intrude on or try to sabotage an existing relationship on the beach, so for him to find love in Paradise, it will likely have to be with another new arrival or someone who isn't totally in love with their current partners (ahem, Kristina and Blake). Krystal and Chris' wedding is set to air as a part of a Paradise episode and there will be a ton of Bachelor Nation alumni in attendance and some of them maybe even become official Season 6 cast members when the party is over.

Connor's social media activity could act as a hint to his post-Paradise life, or it could all be a giant coincidence. However, his break from posting during the month of June (the speculated time of filming for Paradise) followed by the nature of his July posts seem too good to be true. He posted nothing from May 30 to June 25, and then posted multiple pictures from Tulum, Mexico on July 15 and 19.

On July 30, he posted a photo of him sitting on a sofa, alone. "Seat's empty," he captioned the photo, adding a rose emoji. Then, on August 5, he posted a photo of him standing on the beach looking out over the ocean. "Finding my own paradise tonight," he wrote under it, along with a peace hand sign. Paradise Season 6 cast member Dylan Harbour commented on the post: "Tag this as a spoiler!!!!"

Hmmm. If Connor did go to Paradise, the independent tone of his two latest posts make it seem like he didn't leave with love. But who knows, they could've been a strategic move on his part to keep fans on the edges of their seats.