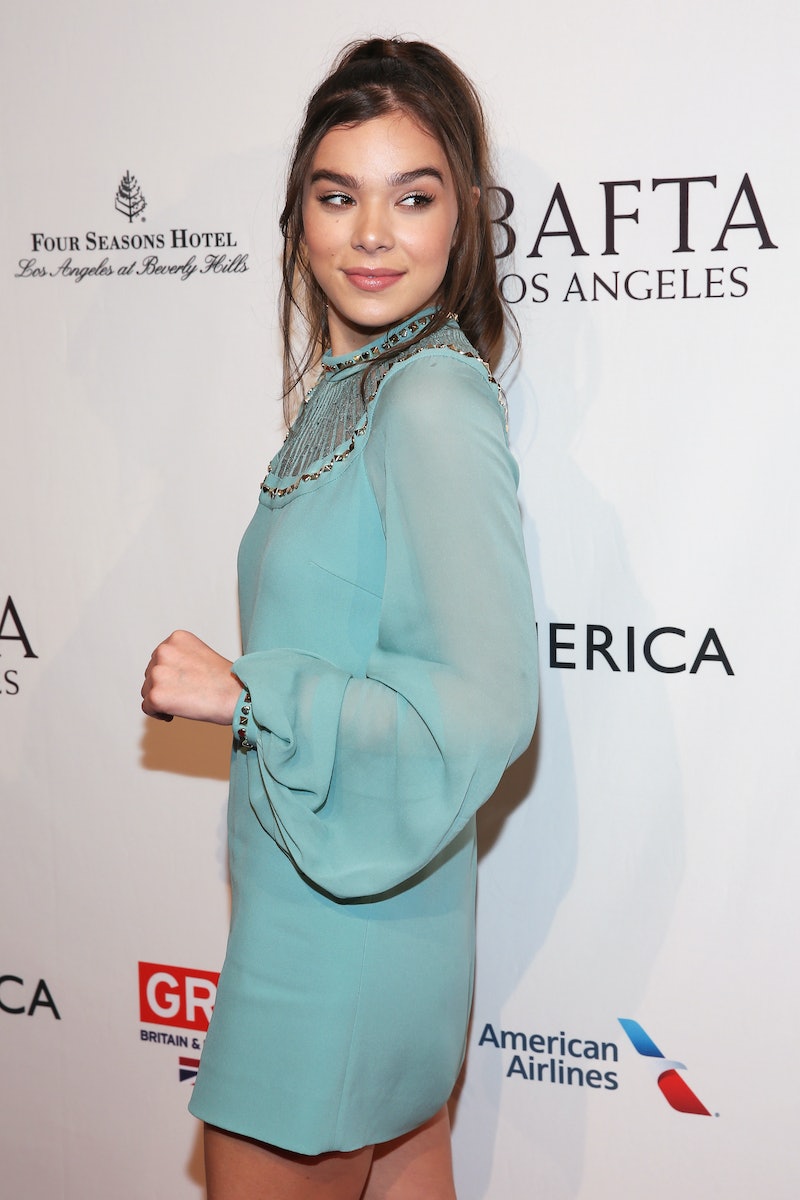 Between the new year and the Golden Globes, there was a lot going on this past week, so you might have missed some very important piece of Pitch Perfect 3 news. If that's you, here's what you need to know: on Jan. 5, Pitch Perfect star Rebel Wilson, who plays Fat Amy, shared a group photo on Twitter of almost all of the main Barden Bellas with the caption, "Day One Pitches! #PP3." The main cast of women was all there, except for one notable absence: Hailee Steinfeld. Since the photo, fans have been wondering, is Hailee Steinfeld in Pitch Perfect 3?

Steinfeld made her franchise debut as new freshman Emily Junk in Pitch Perfect 2 back in 2015. Rumor had it her character was meant to carry on the franchise if and when stars Anna Kendrick and Wilson left (or, more specifically, after their characters, who were college seniors in the sequel, graduated). But now, with Steinfeld absent from the recently teased cast photo, fans are starting to wonder about Emily's Pitch Perfect 3 fate.

But, if she is still confirmed for Pitch Perfect 3, then why isn't she in the PP3 cast photo? Well, a little Twitter-stalking — Wilson and Snow have both shared on-set photos — will tell you that the actors are just starting their rehearsal for the film. Filming has not yet begun, and so far Steinfeld has only missed a few days of rehearsal. When you take into account the fact that she was nominated for her first ever Golden Globe on Sunday (go see The Edge of Seventeen if you can), and is currently promoting her music career, it makes sense that Steinfeld might have to miss out on some rehearsal days. Besides, these dance movies don't look like they need much practice.

So, fret not, Pitch Perfect fans, you'll get to see Emily Junk back at it again with the Barden Bellas soon enough.