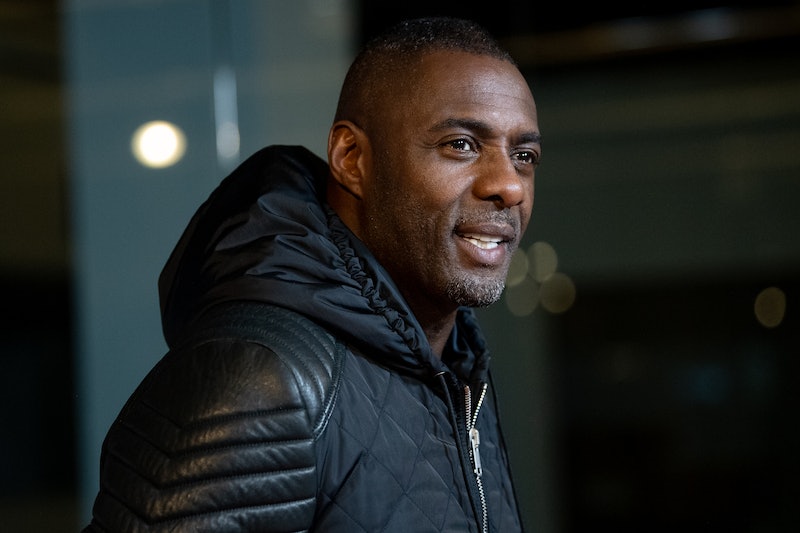 Being People's certified sexiest man alive gives you a lot of power. But, as the saying goes, with great power comes great responsibility. And, guys, this actor is doing a pretty dang good job at keeping up his responsibility of being one of the greatest guys on screen RN. But the question is: is Idris Elba married? Fans of the this actor-slash-DJ are waiting with bated breath for the answer.

OK babes, you can breathe. He isn't married. He is, however, engaged to be married. As The Sun reports, Elba he popped the question to his partner, former Miss Vancouver and model Sabrina Dhowre, back in February 2018. Elba chose a screening of his directorial debut Yardie to get down on one knee.

Dhowre shared a cute AF pic of the pair this past Valentines showing love is very much still in the air for this romantic coupling. The caption was the kind that is cute enough for you to feel both happy for them and incredibly jealous at the same time. Dhowre wrote:

"Happy Valentine’s Day to the love of my life @idriselba, you make every day a blessing".

Elba and Dhowre also attended the royal wedding together in 2018. You know, Meghan and Harry's big shindig. Maybe you read about it?

The pair looked elegant AF for the ceremony. However, whether they still looked so chic and well put together after Elba DJ-ed the after party remains a mystery. Y'all know there weren't drink tokens at that wedding. More like Champagne on tap, amirite?

Elba has been married in the past. In 1999, the Luther star wed make-up artist Hanne "Kim" Norgaard, who is the mother of his eldest child, daughter Isan, as Elite Daily reports. Elba and Norgaard happily co-parent Isan, with the pair being photographed together with their daughter at her super sweet 16. (And, y'all, this party looked lit enough to feature on the eponymous MTV show.)

Elba's second marriage to lawyer Sonya Hamlin was considerably shorter, lasting only two months, the Daily Mail reports. According to the Mail, the couple got hitched at the Little White Wedding Chapel in Las Vegas in 2006, but broke up not long afterwards.

After splitting from Hamlin, Elba went on to have a long-term relationship with Naiyana Garth, who is the mother of his son Winston, as Elite Daily report. The pair split back in 2013.

When asked by People what made Dhowre his dream partner, Elba said that they just click:

Although no date has been set for their upcoming nuptials, and Elba is keen to keep his private life private, the star has made it clear that it's going to be a pretty big party. The actor told People: "I want about 19 DJs. There have to be, c'mon!"

Still waiting for my save the date in the post.