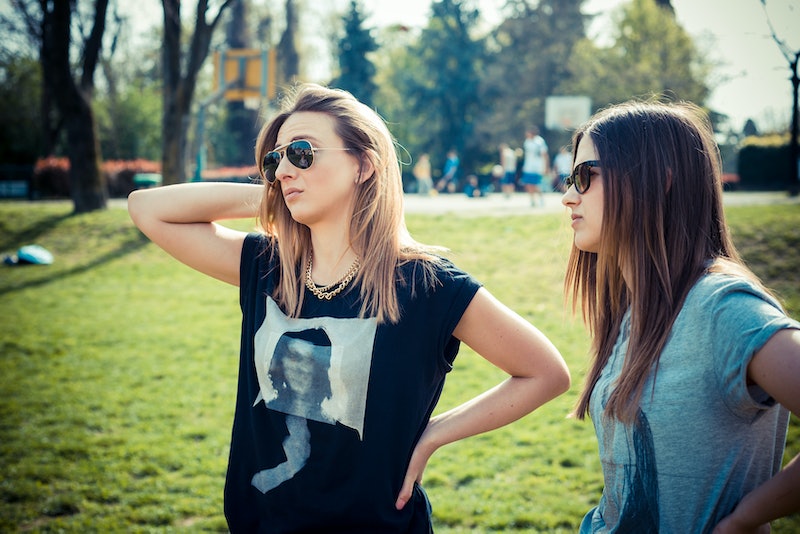 When it's time to get a roommate, you may think that living with a friend is a good idea — a very good idea. However, you may hear that's often not the case. After all, just because you know somebody inside and out as a friend, you don't know them as someone you live with. Everybody — yourself included — has idiosyncrasies and habits that may seem normal to them, but foreign or unacceptable to someone else. Just because they make a very good friend does not mean they'll make a very good roommate.

"The best way to go into any relationship, even that of roommates, is to have zero expectations," Shirani M. Pathak, founder of the Center for Soulful Relationships, tells Bustle. "When we have expectations, we set ourselves up for resentment when those expectations aren't met. Instead, go into the situation with an open mind. Sure, your roommate-to-be might tell you they are a clean person, and their idea of clean might be very different than yours. When you can keep that in mind, it makes developing resentments a lot less likely."

I can definitely relate to what Pathak said, and I'll bet you can, too. Now here's what millennial women had to say on the topic of living together ruining their friendships, because it's probably more common than you may think.