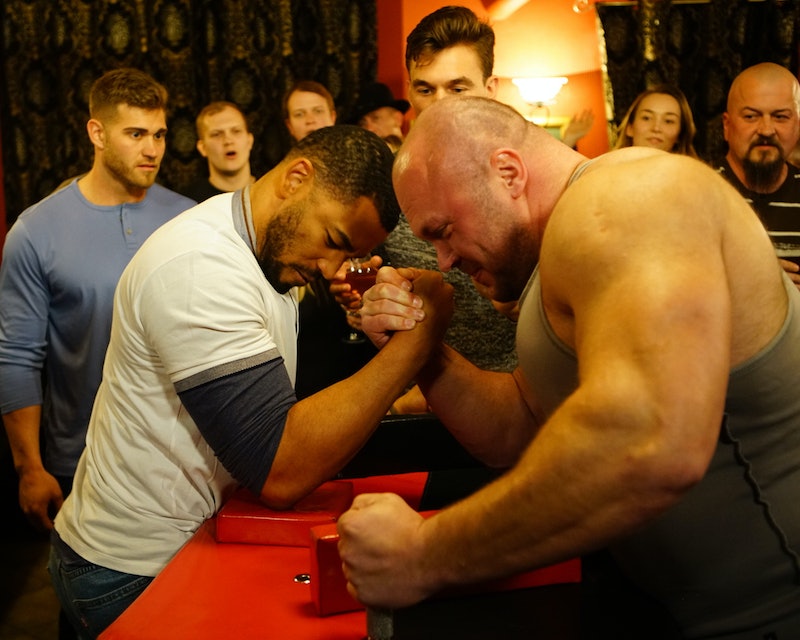 Mike quickly won over viewers with his love for his great-grandmother and his ability to call other men out, like when he told Luke P. off for his aggressive behavior during the rugby group date. Talking about other men on dates is usually a big no-no, but Mike seems to have Hannah's best interests at heart. Plus, fans aren't the only ones rooting for him: Bachelor alums like Nick Viall and Kendall Long have advocated for Mike to be the next Bachelor. If ABC does pick him, he'll be the first-ever black Bachelor and only the second person of color to lead the franchise.

Right now, though, Mike is still a contender for Hannah's final rose. From the Week 8 preview, it appears he outlasts either Jed or Connor, so he just might make it to hometowns. So while the Mike for Bachelor campaign is picking up steam, he's all about Hannah for now. And by the look of things, she's pretty into him too.

As for his current romantic status, Mike's Twitter doesn't offer many clues since he just started it in June and only has 18 tweets. He did tweet on June 30, "Today's to do list: Not a damn thing." If you want to read into that, it doesn't seem like he's seeing anybody since if he were, he maybe would have wanted to spend the Sunday doing something with them (whether that be Hannah or someone else.) And while he's had an Instagram account for much longer, his recent posts are mostly just his professional model shots or stuff about The Bachelorette.

Mike is clearly looking for love, since he signed up for a dating show. One reason he's seemingly in such a good place for a relationship is because of his maturity. At 31 years old, he's the oldest remaining contestant on Hannah's season. But it's not just his age that gives him maturity. As he's posted about on Instagram, he knows the importance of loving yourself before you can love others. Plus, he has a lot of life experience from his travels and his time in the Air Force.

Viewers will be happy for Mike if he ends up with Hannah on The Bachelorette, or if he finds someone else, say, on Bachelor In Paradise. But more than anything, people seem to want to see Mike search for love while leading his own season. So if Mike is single after the show, don't feel too bad for him; he may get another chance to find the right person for him, and if that means having 25-plus women to choose from, the odds will be much higher that it works out.