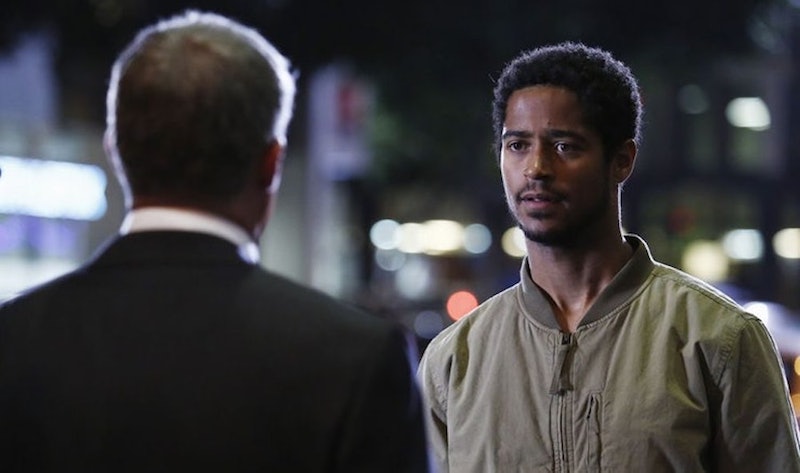 Spoilers ahead for How to Get Away with Murder Season 6. Anyone who tuned in for the shocking final moments of HTGAWM's mid-season fall finale probably looked like they'd seen a ghost. That, and they were probably asking one major question: Wait, is Wes still alive? No, you haven't done your own HTGAWM-style time jump to 2017 (or taken psychedelic drugs, like some of the Keating 4 did in this episode). The ABC drama really may have just revived the beloved character whose Season 3 death (or "death," possibly) may have been the series' most jaw-dropping (or, at the very least, most heartbreaking) murder to date. Either way, HTGAWM's Thursday, Nov. 21 episode, "Are You the Mole?" certainly gave fans plenty more to ponder before the show goes on hiatus until April 2.

The OMG moment came at the episode's end, while fans were still reeling from the mid-season finale's other big reveals — which, yes, included the shocker that Asher is the "dead informant" (aka the mole) who's been cryptically referenced throughout Season 6. The scene is also one fans have seen many times before: Annalise Keating's apparent funeral. Only this time, as the camera maneuvers through the crowd, an officiant adds new lines of dialogue to introduce someone "who has known Annalise for a long time" as the first eulogist. As it turns out, the old friend she referenced was none other than (the late?) Mr. Wes Gibbins — with a fresh new fade for 2019, no less.

And now everything is officially a lie. To be fair, viewers don't yet know for sure that Wes is alive. If his reappearance in this episode alone is any indication though, HTGAWM will test your grasp on reality every chance it gets. Could it have been some sort of dream sequence? Maybe. After all, fans still can't even be so sure that Annalise is even dead, so maybe the funeral isn't real either. And it wouldn't even be this season's first imagined funeral. Perhaps Wes' was the faked death referred to in Annalise's Snow White theory. Or maybe the HTGAWM writers have just been leading us down a grand path of deception all along.

Whatever the case may be, fans have thoughts. While this theory does nothing to answer the why or how Wes could still be alive, one possibility is that Laurel has been missing all season because they're both in hiding together somewhere. Ms. Castillo did finally reappear in the episode, albeit just via FaceTime, too, so maybe that was no coincidence. During her glitchy video call from an unknown number to Michaela, she did a brief proof of life scenario with her and Wes' adorable son Christopher, too. (She also swore up and down she wasn't the informant, and seemed to reveal Tegan helped her disappear.)

Then, there's the possibility that Annalise and Wes have been in contact this whole time. It's difficult to consider that scenario given how crushing Wes' death was for her and the rest of the crew, but anything can happen. After maybe being implicated by the informant who turned out to be Asher, Annalise finally got on a (not-so-luxurious) private jet, presumably to begin her new life as "Justine." But there was a moment she asked her airport driver to stop the car, and viewers never saw what happened between then and her boarding the plane. Hey, maybe she'd even set up a similar "VIP" journey for Wes in the past.

If viewers are to believe Annalise didn't fake her death, though, some have guessed that Wes could be the murderer. (Again, anything can happen...) In a Nov. 21 tweet, creator Pete Nowalk even followed up his #WhoKilledAnnalise hashtag with #WasItHim, moments after the camera showed Wes. "Told ya the brains would hurt," Nowalk added in the post. "Hang tight until April 2nd where this crazy train will be speeding to an epic, upsetting, mind-exploding series finale."

With that, April just got a whole lot further away for HTGAWM fans.