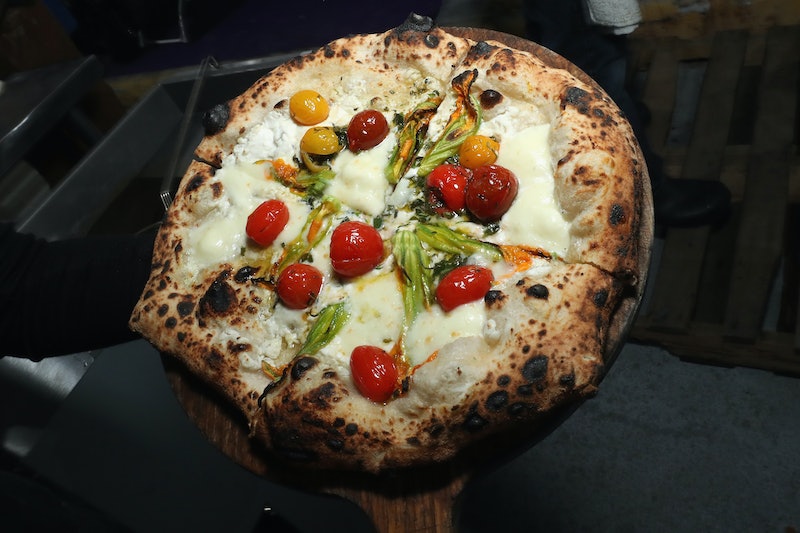 There are, quite literally, as many kinds of food in the world as there are people — but it turns out that one kind of cuisine comes out on top, no matter who you ask: According to a recent YouGov survey, people like Italian food more than any other kind of food in the world. To be fair, it’s kind of hard to argue with pizza, pasta, and tons of cheese; either way, though, I guess some things are universally loved.

For the survey, YouGov polled more than 25,000 people across 24 countries on which, of 34 different national cuisines, they had tried, as well as whether they liked or disliked them when they tried them. And with an average global score of 84 percent, Italian food took the blue ribbon for most beloved kind of food across the globe — a not insubstantial achievement.

The percentages dip after that; answers from Saudi Arabia, Malaysia, Vietnam, Indonesia, and Thailand fell in the 78-to-69 percent range. China had the lowest percentage of all, with only 59 percent of respondents saying they had tried and liked Italian food. Of course, “only 59 percent” is still over half the total number of respondents — and if the sample is broad enough to be representative of the entire country’s population, that means it’s possible that more than 817 million people living there like Italian.

So, uh, the Force is strong with Italian food, is what I’m saying.

The least favorite cuisines, meanwhile, are… somewhat surprising: With a global result of only 32 percent of respondents saying they had tried and liked them, Finnish and Peruvian food tied for last place. Notably, though, people from Finland were included in the poll, while people from Peru were not — which means that Finland, with their score of 94 percent approval of Finnish food, skews the results somewhat in comparison with its partner-in-32-percent-ness. If we remove Finland from the poll, Finnish food drops a few points to about 30 percent.

Of course, I have a hard time saying that I dislike any particular variety of cuisine, so I’ll admit that I don’t totally understand the “dislike” votes across this entire survey. (Peruvian chicken is delicious, in my opinion.) Then again, I am an omnivore; also, food is one of my favorite parts of traveling. Therefore, I am perhaps not the best person to judge the validity of these results. And besides, everyone is free to eat or not eat whatever they choose; your stomach, your decision. If you don’t dig Peruvian chicken the same way I do, that is A-OK, friend.

It’s also worth noting that within each country, there are always regional variations on the food you’ll find there. It’s therefore tough to think of each country’s cuisine as monolithic. Within Italy, for example, “pizza” doesn’t just mean one thing; the thick-crusted Sicilian pizza is very different from the thinner-crusted Neapolitan pizza, while Turin’s pizza al padellino or pizza al tegamino is yet again different from them both.

The YouGov poll doesn’t really take regional differences into account — or the availability of authentic versions of each cuisine within countries other than their nations of origin — so bear in mind that what a person in one country knows as “Italian food” (or “Peruvian food,” or “Finnish food,” or what have you) might not be the same as what someone in another country knows of it.

You can check out the full survey results here. Now if you’ll excuse me, I have some pasta arrabbiata to heat up…