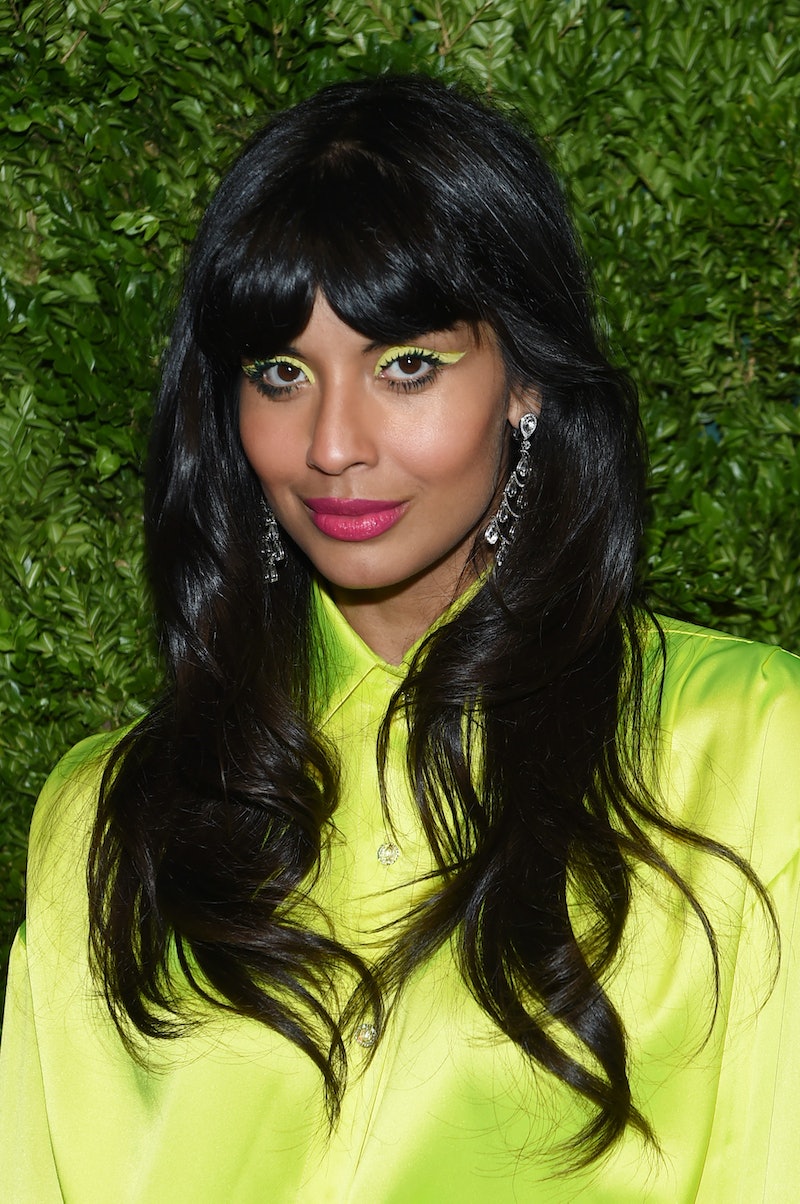 Anyone who has been in a traumatic car accident would likely say that the incident changed their life, but Jameela Jamil actually credits a wreck in her teen years with saving hers. During a recent conversation with Cosmopolitan, Jamil said that a car accident at 17 saved her life, as it forced her to stop modeling career and helped her to realize that she needed to get help for her disordered eating habits.

"I only modeled for a while and then I got hit by a car and ended up in a wheelchair, which probably actually saved my life," the actor and body neutrality advocate recounted. "Otherwise, I would probably still be a model with an eating disorder." Though it was only a short part of her career, Jamil explained that, working in fashion, she was pressured by agents and other models to take up smoking and curb her eating habits in order to maintain a thin physique. "I was encouraged to only eat red peppers or take a small bag of sweetener around with me so that whenever I felt like I was gonna faint, I would just have a little bit of sugar rather than eat any full meals," Jamil told the magazine.

"I was weighed in front of other people, even up until the age of about 22 when I was a TV broadcaster," she continued. "I remember being at a high-fashion magazine with one of the biggest photographers in the world, who announced to the room that I’m too fat for the clothing and would have to hold the dress against myself."

However, after she was hit by a car — an incident which she told Cosmopolitan "destroyed" her back and left her bedridden for a year and wheelchair-bound for another six months — Jamil was forced to reevaluate her relationship with her body. "At that point, I had gained about 70 pounds on steroids, so I was 'too big' for modeling," she explained. "I also developed a sense of purpose to protect my body after that and stop starving myself."

While the Good Place star admitted that she "still had an eating disorder mentality," after leaving modeling behind, the accident helped her to realize that all of her unhealthy habits were harming her body. "I stopped actively starving myself once I got better because I realized that my body was fragile and I was taking it for granted," Jamil said.

Her history of disordered eating and her experience with body dysmorphia as a result of her time as a model inspired Jamil to become an advocate for the body neutrality movement, which posits that a person's value is completely separate from how they look. "Body Liberation is all I can advocate for. I want to be free of my body," Jamil wrote on Instagram recently, after Taylor Swift praised her for her work with iWeigh. While the actor acknowledged the important work that the body positivity movement is doing, Jamil wrote, "If you, like me, have a history of ED and Body Dysmorphia then iWeigh is for you. We move away from the external body and straight to the mind and heart," she wrote. "Sometimes loving something you have hated for so long is too much work. And it’s ok if it’s too intimidating a challenge straight away."

In the post, Jamil also noted that she avoids looking in the mirror, which she explained in more detail to People back in August. "The only time I look in the mirror is when I put on my eyeliner in the morning and when I take it off at night," she told the outlet. "I’m not interested in my appearance. I still suffer from body dysmorphia so it can be very distracting for me."

This activist and self-love advocate has come a long way from an aspiring model that was hit by a car.