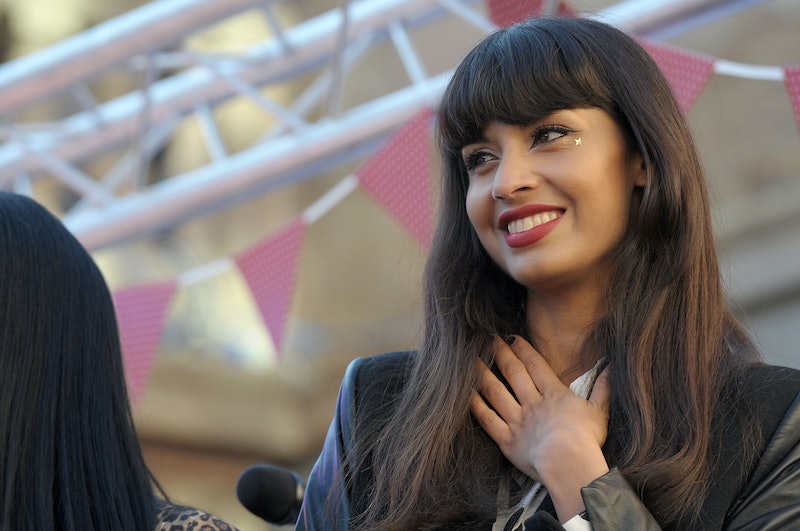 Georgia's six-week abortion ban, which Republican Gov. Brian Kemp signed on May 7, has unnerved some major names in Hollywood. On Monday, actress Jameela Jamil slammed Georgia's abortion law as "inhumane" to women and opened up about having an abortion when she was younger.

The British-Pakistani actress tweeted, "This anti-abortion law in Georgia is so upsetting, inhumane, and blatantly demonstrative of a hatred of women, a disregard for our rights, bodies, mental health, and essentially a punishment for rape victims, forcing to carry the baby of their rapist."

"I had an abortion when I was young, and it was the best decision I have ever made," The Good Place actress added in a follow-up tweet. "Both for me, and for the baby I didn’t want, and wasn’t ready for, emotionally, psychologically and financially. So many children will end up in foster homes. So many lives ruined. So very cruel."

Jamil also clarified in her third tweet that her intention wasn't to dismiss "all" foster homes but to comment on the likelihood that many children could end up in the system. "If Georgia becomes inundated with children who are unwanted or unable to be cared for," Jamil said, "it will be hard to find great fostering for them all."

The Georgia abortion bill, which will go into effect in January 2020, per Axios, outlaws abortion after fetal cardiac activity is detected. But the so-called "heartbeat" bill has been lambasted as medically misleading by experts. It doesn't consider the fact that a fetus does not have a fully formed heart at such an early stage, as HuffPost reported.

Given that the bill focuses on a six-week mark, it also has been strongly criticized for failing to see that a lot of women don't even know if they're pregnant at that time. Given these worrisome details, The Wire producer and lead creator David Simon recently announced he was boycotting film production in Georgia. Additionally, actress Alyssa Milano and dozens of other celebrities signed a petition threatening to boycott shooting and producing in the state if the bill was signed. It's also compelled some — just like Jamil — to be open about their personal experiences with abortion.

Last Tuesday, actress and Busy Tonight host Busy Philipps opened up about getting an abortion at the age of 15. The actress slammed the Georgia abortion ban in an emotional heart-to-heart with her audience. Philipps said that she was aware people had strong beliefs for and against abortion but that "women and their doctors are the in the best position to make informed decisions about what is best for them."

"The statistic is that one in four women will have an abortion before age 45," the Busy Tonight host added. "That statistic sometimes surprises people, and maybe you're sitting there thinking, 'I don't know a woman who would have an abortion.' Well, you know me." Tearing up, Philipps said that she was extremely worried for women across America.

Adding to her criticism of the Georgia abortion bill, Jamil said that access to legal and safe reproductive health care is also a class issue. Women from financially struggling backgrounds are more likely to suffer the consequences of such legislation, she argued.

"The anti-abortion law is also especially targeted at those without the means or ability to move state," Jamil tweeted. "Women who are marginalized, poor or disabled will, as ever, be the ones to suffer the most."

"The wealthy," Jamil added, "will have so much more freedom."