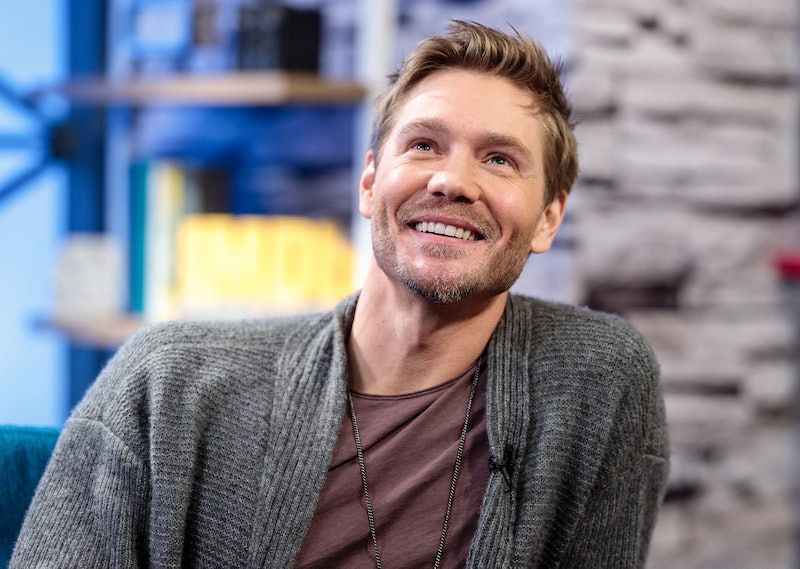 The trio starred in the 2003 remake of the body-swap comedy, in which Murray played the object of Lohan's affections. And while fans might remember the pair's romantic kiss at the end of the film, it turns out that there was another, much more memorable, romantic moment that happened behind the scenes. "I was Lindsay Lohan's first kiss," Murray recounted, explaining that the teen superstar was nervous about the big moment.

So, naturally, Curtis took matters into her own hands: "Jamie's like, 'Alright, get in my trailer.' And she's talking to Lindsay … like, 'Just kiss him. Come on, just give him a pop kiss, it's no big deal. Let's break the ice now.'" After Lohan was still hesitant about kissing Murray, the Halloween actress showed her onscreen daughter how things were done. "She goes, 'Oh, come on!' She just grabs me by the back of the head and makes out with me in the moment," Murray recounted, to whoops from the audience.

"I went, 'Dude, I just made out with Jamie Lee Curtis,'" the One Tree Hill alum explained of his reaction. "'This is cool. This is great.'"

In addition to reminiscing about the unexpected kiss from his days as a teenage heartthrob, Murray also teased a little bit about his role on Riverdale as the charismatic cult leader Edgar Evernever. "We're about to find out what The Farm's agenda is, which is really, really fascinating," the actor said, before cryptically adding, "Let's just say that everyone is forced to coexist."

In order to channel Edgar's particular brand of menacing charm — and effectively shed the image of Lucas Scott for good — Murray told Bustle that he spent a lot of time watching documentaries about people like Ted Bundy and Charles Manson. "A lot of it has to do with having the charisma and charm to get people to immediately let their guard down," he revealed. "You have to be able to lead people in a way where you know every single person's wants."

And studying Bundy and Manson and their particular brand of charisma helped Murray get into the head of a cult leader, in order to understand how to entice characters like Cheryl Blossom (Madeline Petsch) into joining The Farm. "Where did they zig when they should have zagged that brought them to join this group? What is it that they're searching for that they found in this cult?" he explained. "The Farm is giving them answers that they can't find anywhere else."

During his appearance on Busy Tonight, Murray also admitted that the stars of Riverdale are in a much better place to handle their massive fame than he was in the heydays of teen dramas like Gilmore Girls and One Tree Hill. "These kids are so smart and so savvy and such pros that they don't need [any advice]," he told Philipps.

"I think what you teach them is that there's peaks and valleys, right?" Murray continued. "[And] that you need to understand some business. It's a marathon, not a sprint." It may have been years since Murray starred on his own teen drama, but clearly the former heartthrob knows exactly how to turn a CW show into a lifelong career.