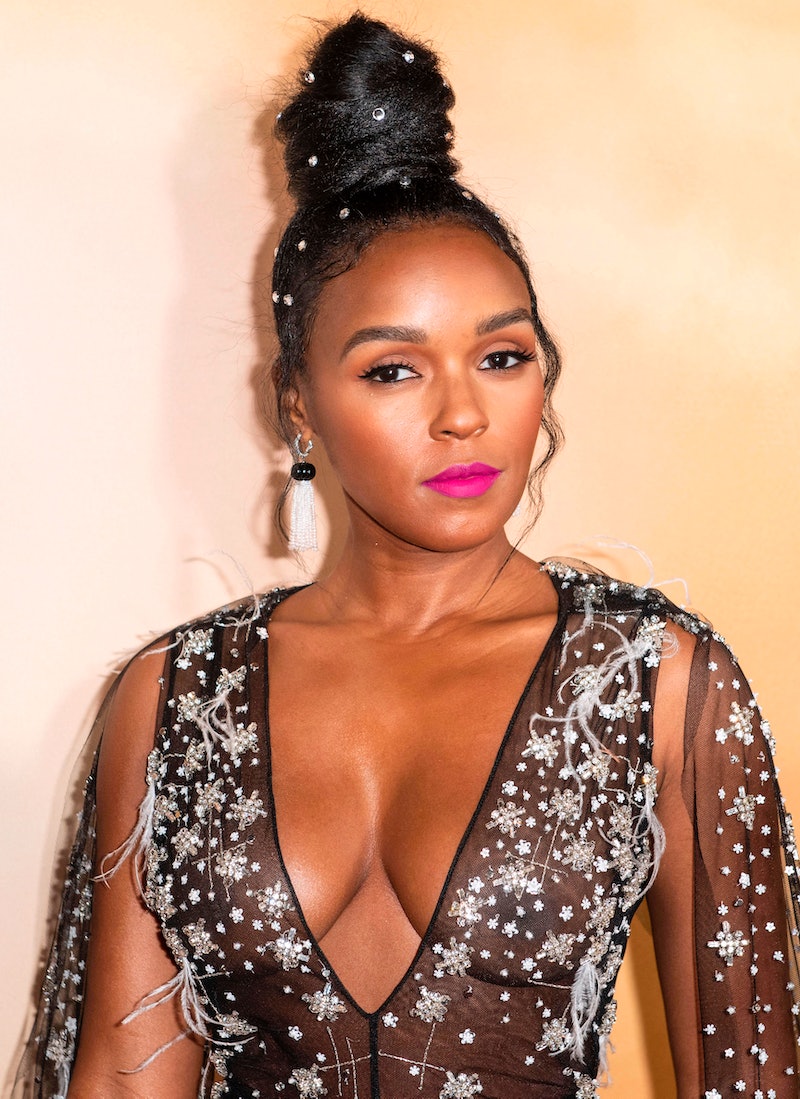 Singer, actor, and LGBTQ activist Janelle Monáe came out as gender nonbinary on Twitter on Friday. Monáe, who came out as pansexual in 2018, retweeted a post that read, “There is absolutely nothing better than living outside the gender binary” complete with the hashtag #IAmNonbinary. While Monáe offered no additional context aside from the hashtag that allowed users to tweet their nonbinary stories and educational tools for others, fans have rallied behind the singer’s latest reveal.

Nonbinary, also referred to as genderqueer, is defined as a spectrum of identities that aren’t exclusively confined to feminine or masculine. Of Monáe’s nonbinary reveal, one Twitter user wrote, “Thank you for being a voice to those finding their own, and for publicly sharing something intimate.” Another tweeted, “Thank you for always living your truth!” Elsewhere, a handful of others inquired about Monáe’s preferred pronouns.

This isn’t the first time the Hidden Figures star has spoken openly about gender identity. In a Rolling Stone cover story published in April 2018, Monáe publicly came out as pansexual for the first time and said, “Being a queer black woman in America — someone who has been in relationships with both men and women — I consider myself to be a free-*ss motherf*cker.”

While Monáe had initially identified as bisexual, the singer clarified to the publication, “I read about pansexuality and was like, ‘Oh, these are things that I identify with too.’ I’m open to learning more about who I am.”

The singer may have remained mum about sexuality in the past, but Monáe has noted that it’s been reflective in the music all along. “I want young girls, young boys, nonbinary, gay, straight, queer people who are having a hard time dealing with their sexuality, dealing with feeling ostracized or bullied for just being their unique selves, to know that I see you,” Monáe told Rolling Stone. “This album is for you.”

Monáe was last linked to Tessa Thompson after the actor appeared in the music video for “Pynk.” While the two never confirmed the nature of their relationship, Thompson — who came out as bisexual in 2018 — addressed her relationship with Monáe with Net-a-Porter in 2018. “We love each other deeply,” she said. “We're so close, we vibrate on the same frequency. If people want to speculate about what we are, that's OK. It doesn't bother me."

All romance speculation aside, though, Monáe's nonbinary reveal is certainly a win for LGBTQ visibility.

More like this
"Lavender Haze" Star Laith Ashley Breaks Down Filming With Taylor Swift
By Jake Viswanath
Twitter Can’t Believe The Madonna Biopic Is Scrapped & Fans Have A Solution
By Alyssa Lapid
Twitter Is Divided Over Madonna’s Controversial 'Vanity Fair' Cover
By Alyssa Lapid
Twitter Wants To Dance With Anne Hathaway At Paris Fashion Week
By Alyssa Lapid
Get Even More From Bustle — Sign Up For The Newsletter
From hair trends to relationship advice, our daily newsletter has everything you need to sound like a person who’s on TikTok, even if you aren’t.