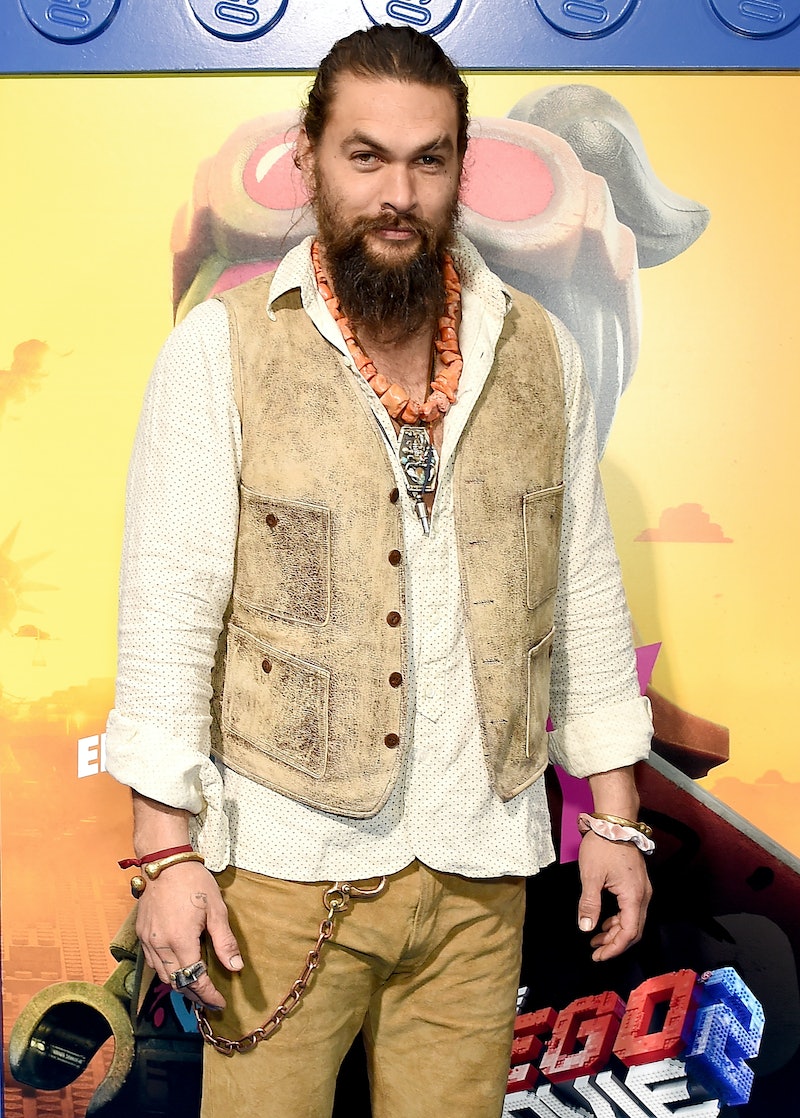 Momoa, who was in London for London Film and Comic Con, did not know that his friend Mada Abdelhamid planned this epic get-together until the very moment he walked into the room at the Rosewood London where the party was happening. (A surprise party where the guest of honor is surprised by the surprise party? Groundbreaking.) As the pro wrestler said in the video of the event, “All his friends, they all said they’re busy or not in town. He thinks it’s just going to be three of us going to sushi. But I’m planning the f*cking party of the f*cking year.” When the surprise hit, it hit. The Aquaman star opened the door to that hotel suite, saw a bunch of his pals, smiled, threw his head back, and fired off some F-bombs.

In addition to organizing a surprise party that surprised the guest of honor (again, groundbreaking), Abdelhamid procured a whisky and Guinness cake, brought in a special Guinness machine that plops a rendering of Momoa’s face in the beer foam, and managed to get a bunch of Momoa’s friends in the same place at the same time. His Game of Thrones costar Emilia Clarke was there. Vampire Diaries star Ian Somerhalder was there. Lisa Bonet was not in attendance, but she did get to see what her husband’s surprise party was all about via FaceTime. “They f*cking got me,” Momoa told Bonet over the phone. “Mada strikes again, dude. That f*cking guy.”

Come to this video for Momoa's genuine reaction to the surprise party, stick around for the scene where Denise Huxtable chats with Daenerys Stormborn of House Targaryen, rightful heir to the Iron Throne, rightful Queen of the Andals and the First Men, Protector of the Seven Kingdoms, the Mother of Dragons, the Khaleesi of the Great Grass Sea, the Unburnt, the Breaker of Chains and Aquaman over FaceTime. What a world.

Over on Instagram, Momoa made his feelings regarding the surprise party abundantly clear. He wrote,

"F*CKING MADA. @realdealmada My piece of sh*t friend knows I hate surprises but he keeps getting me and I f*cking love/hate him every time he does it. Well I’m almost 40 and all my friends in London showed up to surprise me. I love you all. Check out what @da_bray made on our YouTube channel. He’s also a f*cking *sshole. Enjoy."

Suffice to say, Abdelhamid nailed it. The foam-o is real.