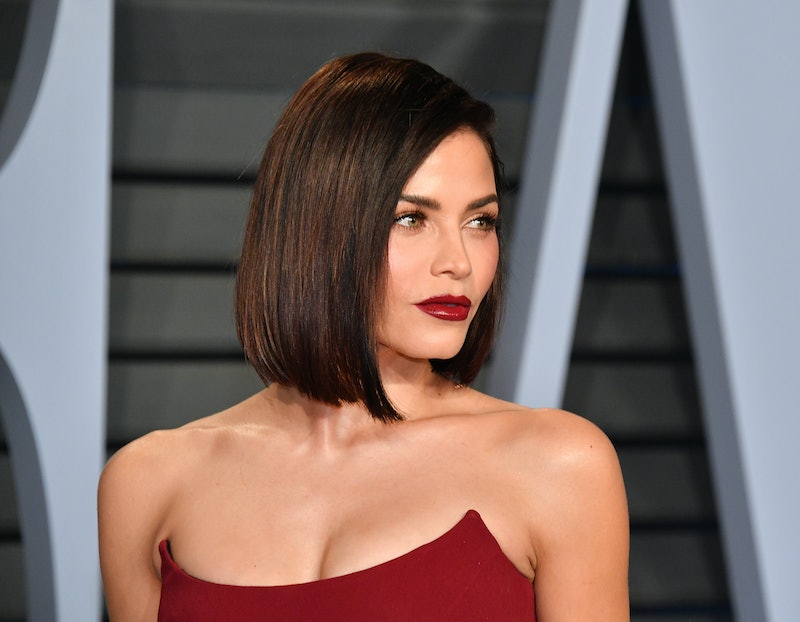 When an well-known Hollywood couple calls it quits, fans often want to know why (not that it's any of our business, of course). Knowing that their picture-perfect lives aren't always so picture-perfect can make them at least a little bit more relatable. In a recent interview with Women's Health, Jenna Dewan addressed her split with Channing Tatum, and — believe it or not — her explanation was actually relatable. As in, it's something almost everybody goes through at one point in their life.

In the cover story published on July 26, Dewan said the last year of her life has been "a journey, and it’s been a transformation of myself — my needs and wants as a woman." Deciding to separate from her husband of eight years was undoubtedly a difficult decision, but Dewan essentially explained it as a realization that comfort doesn't always equate to happiness.

The 37-year-old World of Dance host told the publication,

"I think everyone wants to hold on to what’s in front of them, but when you open your mind, saying, 'I want what’s best for myself and my daughter,' you have to be okay with however that looks."

"Absolutely nothing has changed about how much we love one another, but love is a beautiful adventure that is taking us on different paths for now."

The pair first fell in love while filming Step Up in 2005 — both Dewan and Tatum were 25 at the time — and were together in total for over 13 years. Most people go through a considerable amount of personal change between their 20s and 30s, which, when you think about it, is what makes the former couple's explanation so damn relatable.

"It’s okay for a relationship to change into a new form that is actually better for both people involved," Dewan told Women's Health of her time with Tatum, "and I think that’s maybe what shocked everyone so much [about the separation] — that it can be a positive thing. That was ultimately what happened with us."

This isn't the first time Dewan has opened up about the pair's split though, and the way she explained it to Harper's Bazaar at the end of May echoes her recent sentiments about embracing your ever-evolving self. "The moves I'm making are completely not related to my marriage or separation, interestingly enough," she said. "I was always very happy being a wife."

At some point, however, that changed for Dewan, and she began asking herself questions like, "'Who are you? What do you want to give to the world? What excites you?' Those feelings started bubbling up for me, naturally … so I really wanted to expand my life, and myself. And that was my journey, no one else's," she told Harper's Bazaar.

The maturity Dewan and Tatum have demonstrated throughout their separation doesn't mean it hasn't been difficult for them, of course, and Dewan said they're still coming to terms with their post-separation reality. "I feel I’ve been on a wave of growth," she explained to Women's Health. "It does look different; it’s a new normal, and I really think we’ll get used to that."

Ultimately, it seems as if Dewan and Tatum's decision to part ways was about acknowledging their individual needs instead of their needs as a couple, as a unit. Even though not everyone has experienced that in their life yet, her willingness to open about it certainly makes it easier for fans to understand — and perhaps even to learn from.