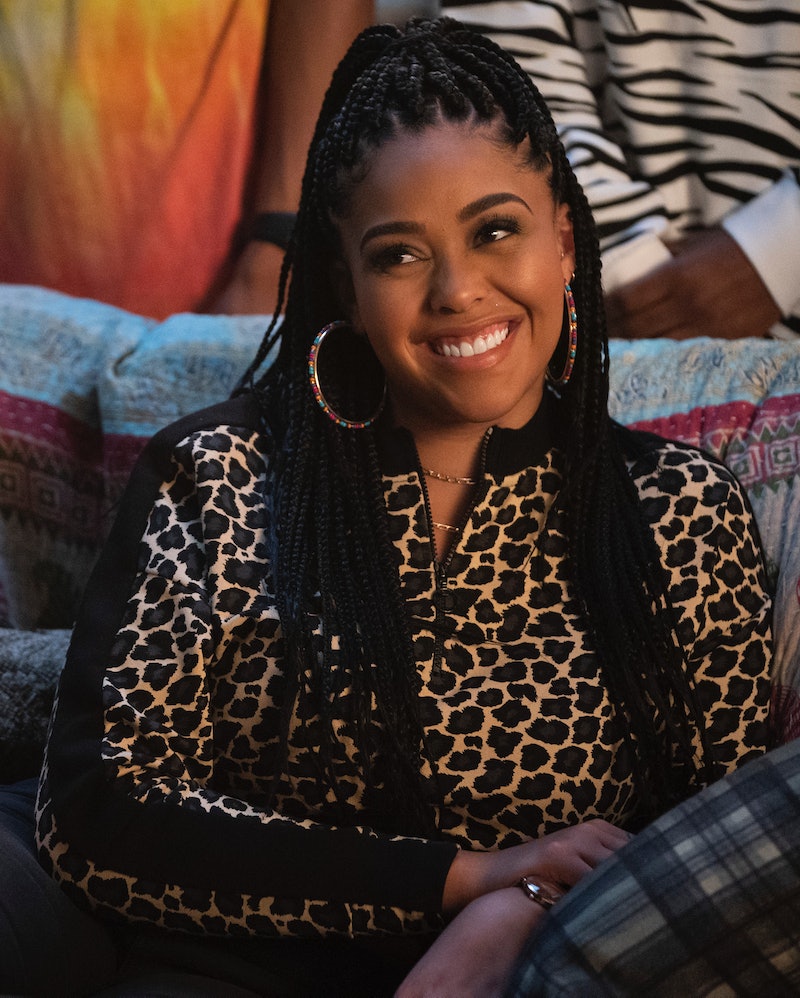 Seeing your personal drama play out on an uber popular reality show is a stress most won't ever have to experience. But for those who have, like Jordyn Woods, staying positive requires some key tricks — and a whole lot of keeping everything in perspective.

“You just have to fully live every emotion that you go through, and understand that your purpose is bigger than you,” Woods — who made her acting debut on the July 24 episode of Freeform's grown-ish — explained in a recent interview with People. “You define who you are, nothing else. Just really stay true to yourself and keep positive people around you. If you can understand that life happens for you and not against you, you can really remain positive.”

Of course, as anyone who hasn't been living under a rock is now aware, Woods (aka Kylie Jenner's one-time best friend) made headlines in February 2019 for a cheating scandal with Tristan Thompson, who, at the time, was dating Jenner's big sis Khloé Kardashian. Shortly after the news broke online, Woods appeared on Jada Pinkett Smith's Red Table Talk and admitted she and Thompson kissed — but denied that their interaction went any further.

On a recent episode of E!'s Keeping Up with the Kardashians, Jenner revealed how upset Woods was in the wake of the family learning of the reported hookup. “Just the look in her eyes, she’s obviously really going through it,” Jenner said of her longtime pal.

Surely, Woods brought some of her personal coping mechanisms to the role of Dee — a college freshman struggling with emotional issues — on grown-ish. Being able to add to the dialogue surrounding access to mental health resources, particularly in the black community, is something that Woods says was an added bonus to appearing on the TV series.

“As a young adult myself, it was a cool way of being a part of a bigger conversation," she added to People of guesting on grown-ish. "And then the episode happened to be on mental health, which was even more important to me to discuss.”

Will acting become part of Woods' "purpose" that helps her stay stave off negativity? Perhaps. As the boohoo x Jordyn Woods designer further divulged to People: “I would love to do more acting. Hopefully, always be me with makeup and clothing but I would love to keep the ball rolling on acting and keep going!”

"Being on set was a lot of fun and we made the best out of it and the other cast members were so nice and super inviting and encouraging," shared Woods. "They knew it was my first time and it helped me feel confident about the role I was playing.”

Whether or not grown-ish fans get an update on her character's progress in the future, Woods' clear game plan for keeping her real-life mental health in check is one for everyone to keep in mind, regardless.