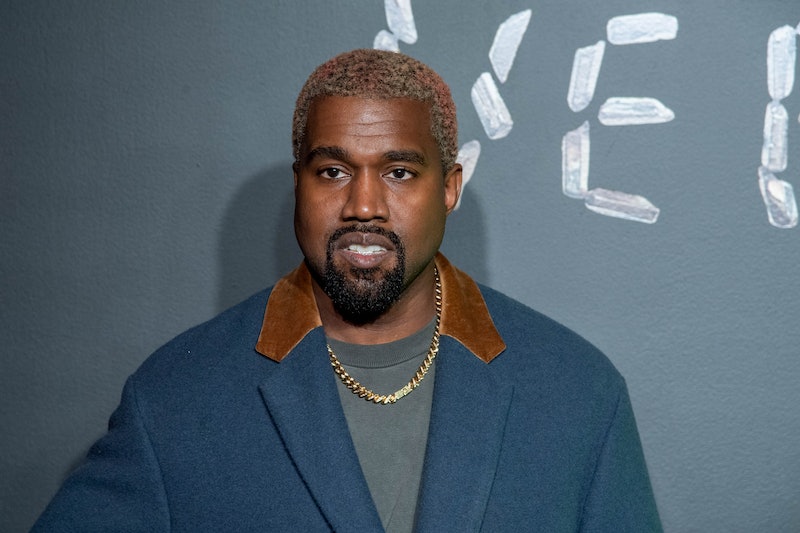 After a year of waiting for new music from Kanye West, fans didn't quite get the Jesus Is King release that they were hoping for from the rapper. Despite announcing that the long-awaited LP would be available to listen to at midnight on Oct. 25, Kanye West's new album was delayed 12 hours, but the rapper already has several other big projects — including a proposed presidential campaign — planned for the future.

West made a surprise appearance on Jimmy Kimmel Live! on Thursday night, where he told host Jimmy Kimmel that Jesus is King would be released at midnight, only to explain to fans on Twitter a few hours later that the release had actually been delayed for a little bit longer. "To my fans, thank you for being loyal & patient," West wrote on Twitter around 2 am on Oct. 25, adding that the release had been pushed so that the rapper and his team could finish re-mixing the album. "We are specifically fixing mixes on 'Everything We Need,' 'Follow God' & 'Water.' We not going to sleep until this album is out!"

However, West isn't letting the delayed release of Jesus is God stop him from prepping for several other major projects in the near future, including his proposed Presidential run in 2024. While speaking with Beats 1 DJ Zane Lowe ahead of his album release, the rapper confirmed that he's still seriously thinking about running for President, though he didn't explain which party he'd run for. "We're working on it," West said of his potential run, before telling Lowe that he'll still talk to the DJ "when" he's president.

Though West claimed that wearing Trump's "Make America Great Again" hat was "God's practical joke," he said in the interview that he didn't have to "defend" his support of President Trump, but declared himself to be "the most liberal human being." West explained that he thinks he upset his liberal fans because he's the "greatest artist in human existence," but wouldn't go as far as declaring himself to be either a Democrat or Republican.

In addition to West's purported presidential run, the rapper also shared that he is planning to release another album on Dec. 25, titled Jesus is Born. According to Complex, the follow-up will be a Sunday Service album, although it's unclear whether the record will be inspired by his church services or will feature recordings of performances from the weekly events, but West has explained that he will continue to center his relationship with Christianity in his upcoming projects.

"I will continue to be used by God," West told Lowe, adding that he feels his past struggles — including his 2016 hospitalization — have helped to inspire him and set him on a new path. "No one loves pain but I’m still, through the good times and the suffering I praise God because I experience the blessings and I also experience the lessons."

Fans will be able to see more about how West's relationship with Christianity has changed him and his music now that Jesus is King is finally available on all streaming platforms.

More like this
The 12 Most Controversial & Unexpected Grammy Moments Ever
By Jake Viswanath
Taylor Lautner Thought Taylor Swift's 2009 VMAs Interruption Was A "Skit"
By Alyssa Lapid
Jay-Z Is Performing At The Grammys, Meaning Beyoncé Might Actually Show Up
By Jake Viswanath
Adele Is Attending The 2023 Grammys, Thank You Very Much
By Jake Viswanath
Get Even More From Bustle — Sign Up For The Newsletter
From hair trends to relationship advice, our daily newsletter has everything you need to sound like a person who’s on TikTok, even if you aren’t.