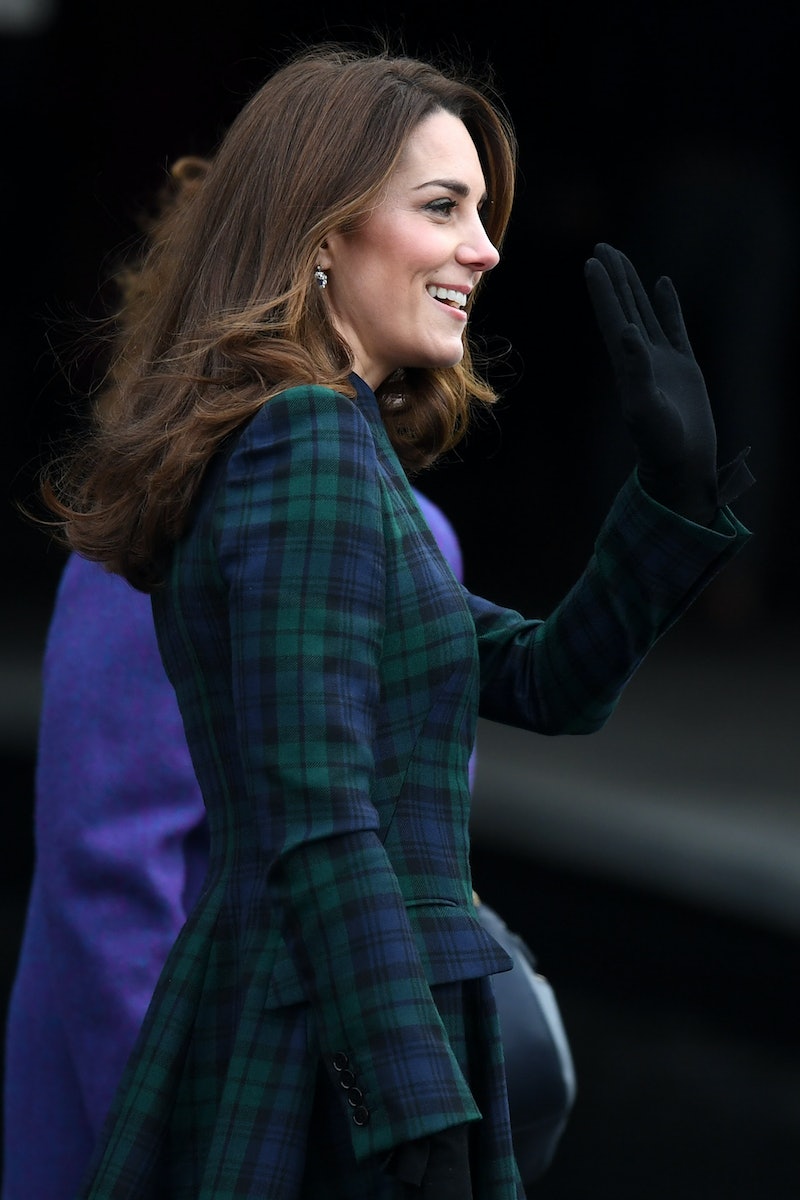 Tabloids and the gossip media have had a field day over an alleged riff between Kate Middleton and Meghan Markle. It's all been just that — gossip. Kate Middleton just twinned with Meghan Markle while re-wearing one of her most memorable looks. Perhaps it was also a dose of subliminal, sartorial proof that all is truly good when it comes to palace life and the relationship between these royals.

Cosmopolitan noticed the twinning, since Middleton's blue and green coatdress called to mind a Burberry coat worn by Markle when she was in Scotland in 2018.

However, ELLE pointed out that Middleton has worn this particular outfit in the past. Therefore, it was another case of fashion recycling on her part. It was also evidence that both of Princess Diana's stunning daughters-in-law have unique-to-them yet super classic senses of style.

The ladies may very well be inspiring one another's fashion choices. Or it could have been a complete and total coincidence. Whatever the case, each royal made the look her own and looked gorgeous while doing so.

Here's Middleton with her tartan coat dress, which she paired with a opaque black tights, heels, and gloves. The tights and heels combo is a "go to" for her and she owns it. Every time. Middleton addd a tiny, top handle green bag to her overall presentation.

Flashback to Markle wearing an incredibly similar style. While Markle's coat was longer and not a coat x dress hybrid, it was equally as chic. She wore it with flared, black trousers, heels, and a small, green crossbody. Even their bags were of the same spirit.

Here's another look at Middleton while giving a wave.

And one last look at Markle in here roomy, comfy, and supremely stylish coat.

As mentioned, Middleton is a fan of tartan coatdresses and the black tights x black heels pairing.

Here's Middleton wearing the same tartan McQueen outfit a few years ago. She added it back into rotation — fabulously so.

Ultimately, Middleton engaged in royal fashion recycling in addition to accidentally twinning with Markle, who actually would have been twinning with Middleton, since she wore the style first and a few years ago.

Middleton is known to re-wear and repeat pieces she loves. Meanwhile, Camilla Parker-Bowles, who is wife of Prince Charles and stepmother to Prince William and Prince Harry, carried a green handbag last week that was the exact same one that Markle had rocked in the past. So either CP-B and Markle are borrowing each other's accessories or they are inspiring each other's looks. Markle and Prince Harry also engage in quite a bit of twinning when out and about.

That's the main takeaway here — all of the royals influence one another's style and fashion choices.

More like this
Harry Styles’ Red Carpet Looks Have One Thing In Common
By El Hunt
15% Pledge Director LaToya Williams-Belfort On The Impact Of Supporting Black Business
By Dominique Norman
Hailey Bieber Just Rocked A Plaid Corset & Obscenely Tall Boots
By Allie Fasanella
Bella Hadid's Best Runway Looks From Paris, Milan, & More
By Allie Fasanella
Get Even More From Bustle — Sign Up For The Newsletter