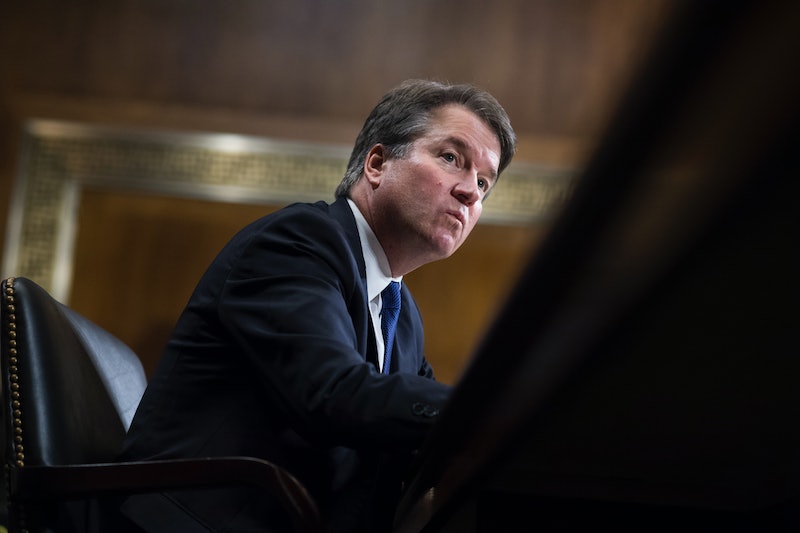 Christine Blasey Ford testified before the Senate Judiciary Committee last week that a high school friend of President Donald Trump's Supreme Court pick was present for an assault she alleges took place in the 1980s. Although he didn't testify, Brett Kavanaugh's friend Mark Judge has been interviewed by the FBI, Judge's lawyer said on Monday. Both Kavanaugh and Judge have denied Ford's allegation.

"Mr. Judge has been interviewed by the FBI but his interview has not been completed. We request your patience as the FBI completes its investigation," said Barbara Van Gelder, Judge's attorney, in a statement to CNN.

Judge previously said in a written statement to the Judiciary Committee that he does "not recall the events described by Dr. Ford in her testimony," adding that he "never saw Brett act in the manner Dr. Ford describes." He agreed to cooperate with an FBI investigation on Friday after Sen. Jeff Flake (R-Arizona) called for a delay in the Senate's floor vote so the FBI could investigate Ford's allegation that Kavanaugh attempted to sexually assault her in high school.

Kavanaugh vehemently denied Ford's allegation in his own testimony last week, claiming it was nothing but a "character assassination" that has "destroyed" his name.

It's unclear what Judge has told the FBI, but CNN reported on Sunday that investigators planned to ask him about sexual misconduct allegations from Ford and Julie Swetnick. Through attorney Michael Avenatti, who also happens to lead Stormy Daniels' lawsuit against the president, Swetnick alleged that Kavanaugh and Judge were at least present at a party in the 1980s where she was sexually assaulted. She didn't directly accuse Kavanaugh or Judge of assaulting her, but claimed that she saw Kavanaugh "targeting" girls at parties.

Kavanaugh and Judge have both denied Swetnick's allegation, and President Trump responded to her claim by lashing out at Avenatti.

After Swetnick's statement described Kavanaugh and Judge as "joined at the hip" in high school, Judge became a central figure in the multiple allegations against Kavanaugh. The Supreme Court nominee told the committee that he befriended Judge in the ninth grade, although he said they haven't talked in years outside of mass emails between their whole friend group. But Judge's absence from Thursday's hearing raised questions about why a key witness didn't appear before the Judiciary Committee.

Sen. Lindsey Graham (R-South Carolina) asserted that Judge didn't need to testify because "he’s already said what he’s going to say" — a defense The Washington Post deemed "bizarre." However, the point of calling witnesses to testify is giving senators the chance to ask them questions directly while the witness is under oath.

Judge will be under oath, in a sense, when speaking to the FBI, as it's a crime to make false statements to federal agents, but he'll avoid answering questions in front of the whole nation like Kavanaugh and Ford did last week.

As his attorney said on Monday, his talks with the FBI aren't over. But once the agency's investigation concludes, the full Senate will vote on whether to confirm Kavanaugh to a lifetime appointment on the nation's highest court.