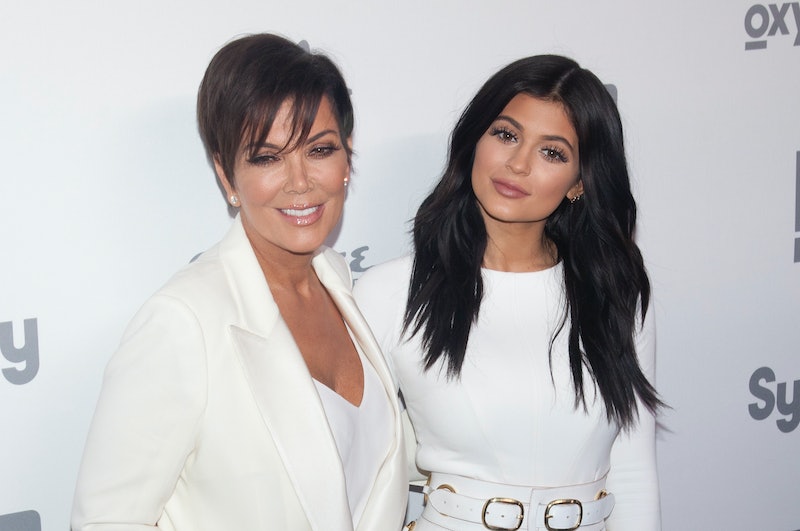 When your mother is a billionaire cosmetics mogul, only the most special holiday presents will do. Kylie Jenner unveiled her Christmas decorations in a new video for her YouTube channel, where she also showed off Kris Jenner's Christmas gift for Stormi Webster and the touching connection it shares to the Kylie Cosmetics founder's own childhood. After giving her followers a tour of her many Christmas trees, Kylie then told the camera that "my mom actually surprised Stormi with the best Christmas gift of all time and I filmed it," before cutting to footage of Jenner crying in her daughter's living room.

After the Kardashian-Jenner family matriarch admitted that the whole thing was "making me emotional," the pair took a tour of Stormi's new playhouse, which is "just like" the one that Kylie herself played in as a child. "This makes me want to cry!" Kylie said, showing off the two-level playhouse, which features a working doorbell, a balcony, a toy kitchen and even a bassinet for Stormi's baby dolls.

Of course, that wasn't the only emotional connection to Kylie's childhood playhouse; an emotional Jenner admitted at one point that she had much of the her youngest daughter's play furniture redone for Stormi's house. "This just reminds me of when you were a little girl," Jenner told Kylie through tears. "I love you so much. I want you to have the same memories with your daughter."

While Jenner couldn't wait until Christmas morning to give her granddaughter her sentimental gift, the matriarch has previously shared how much she looks forward to spending the holidays with her grandchildren — which also include Kourtney's kids, Mason, Penelope and Reign Disick; Kim's children, North, Saint, Chicago and Psalm West; Rob's daughter Dream and Khloé's daughter, True Thompson. "My favorite thing is planning what [the grandchildren's] gifts are going to be," Kris told People recently. "It’s a really great situation. We have so many little ones, it’s like a built-in preschool!"

Based on last year's over-the-top Christmas morning celebrations, it seems likely that the playhouse is far from the only gift that Stormi will receive this year. In early January, Kylie even revealed on her Instagram Story that her baby daughter was still opening up holiday gifts, nearly a month after the big day had passed. "My baby still opening Xmas presents," Kylie captioned the sweet video, in which Stormi unwrapped gifts from her mother's then-best friend, Jordyn Woods.

Still, Christmas isn't just about the material things for Kylie, who has been incredibly open about how much her life has changed since Stormi was born in February 2018. Last year, she even revealed that she left her family's annual Christmas Eve party early in order to spend some extra time with her daughter. "This is me leaving the party early to go give my baby a bath ... and put her to bed," Kylie captioned a snapshot from the evening, showing off her and Stormi's matching sparkly outfits. "And it was the best Xmas eve yet."

"I think the most memorable moments from being young are the memories that we shared together, and just like, our family, like holidays," Kylie told her older sister, Kendall, in an August 2018 interview for Vogue Australia. "They used to be so much fun for us. I mean, they still are, but like just so much fun back then, even playing with Barbies, or the fights we would get in." Clearly, Kylie and her mother want to make sure that Stormi's childhood holiday celebrations are just as memorable and meaningful.