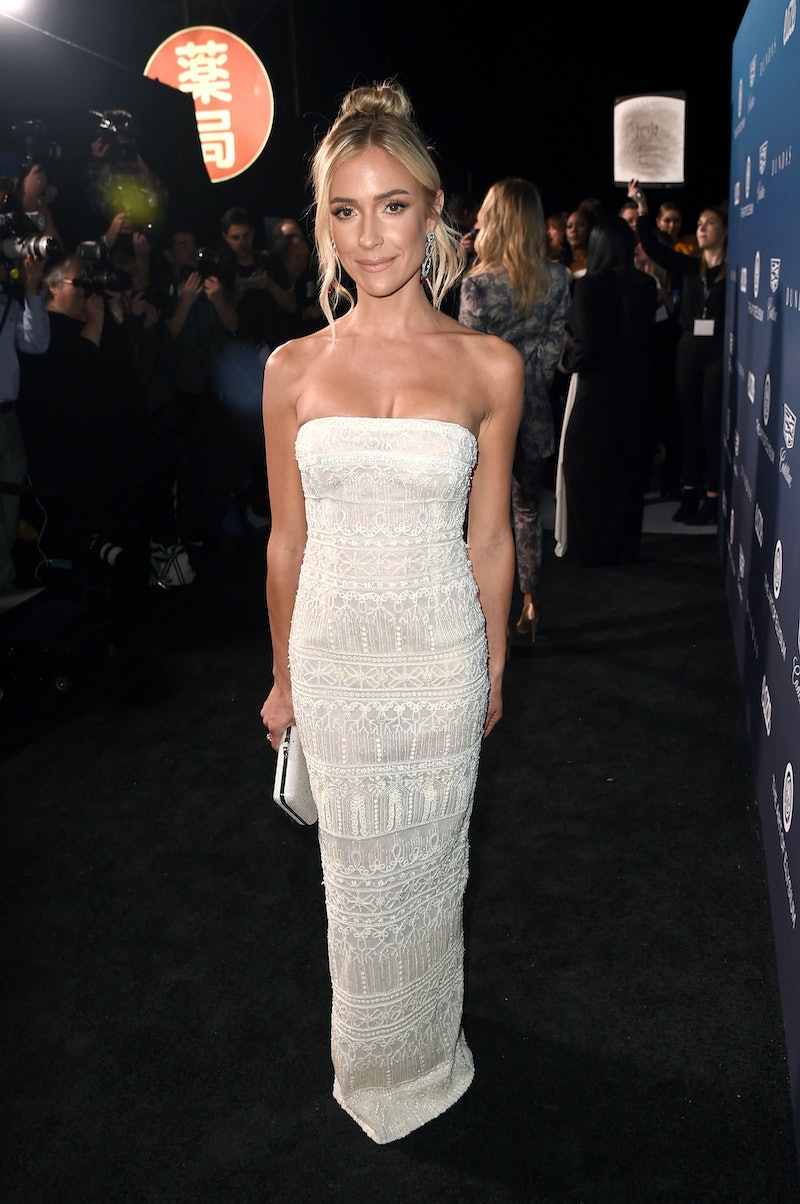 It looks like Kristin Cavalarri's got a new gig that'll give Bach Nation fans something to hold them over as they wait for the debut of Bachelorette Season 15. On Friday, March 22, The Hollywood Reporter revealed that Cavallari will be hosting a reboot of Paradise Hotel, an early 2000s dating show, and it seems that showrunners couldn't have picked a more perfect person to headline the reality competition.

The new and improved version of Paradise Hotel will place a group of singles in a tropical resort as they compete for a large cash prize at the contest's closing, according to THR. Much like the show's original premise, one guest will check out each week as a new one checks in. However, the show's 2019 version will add a twist where viewers will be able to influence the outcome of the game via social media, ultimately helping to decide who will leave and who will remain.

Paradise Hotel will debut on Fox with a two-hour premiere Thursday, May 9, and continue to air three nights a week (Mondays, Wednesdays, and Thursdays) throughout May and June. With three episodes a week, the show will play out in what the network referred to an "as it happens" format, according to The Wrap.

Cavallari's storied history in reality television should help her feel right at home amidst her new hosting duties. The 32-year-old, who first gained recognition from roles on MTV’s Laguna Beach and The Hills, made a major name for herself in reality TV during the early 2000s. She also currently stars in her own reality series, Very Cavallari, alongside her husband, former NFL quarterback Jay Cutler, which follows her as she grooms the next generation of reality stars through the employees of her Uncommon James flagship store. So her résumé certainly speaks for itself.

President of Alternative Entertainment and Specials at Fox Rob Wade shared his thoughts on Cavallari being a good fit for the job. "Kristin grew up on the frontlines of reality television and is the perfect host to introduce Paradise Hotel to a new generation of viewers," Wade explained in a statement shared by THR. He added, "The show is a fun balance of romantic love, cutthroat competition and humor, and Kristin's unique experience, especially with live television, makes her the best person to navigate the wild, unpredictable moments."

It definitely sounds like there's going to be a lot to unpack when the series makes it's debut in a couple of months and it seems that Cavallari can't wait to dig into the drama. Per THR, Cavallari said, "I’m so excited to be hosting Paradise Hotel this summer! This show literally has everything — dating, love triangles, alliances, competition — and I can't wait to stir the pot and have a front-row seat to all the drama."

Although the premise will be quite different than that of the Bachelor franchise, it's safe to say that watching Kristin Cavallari handle all of the delicious messiness waiting to unfold on Paradise Hotel could very well become your new guilty pleasure.