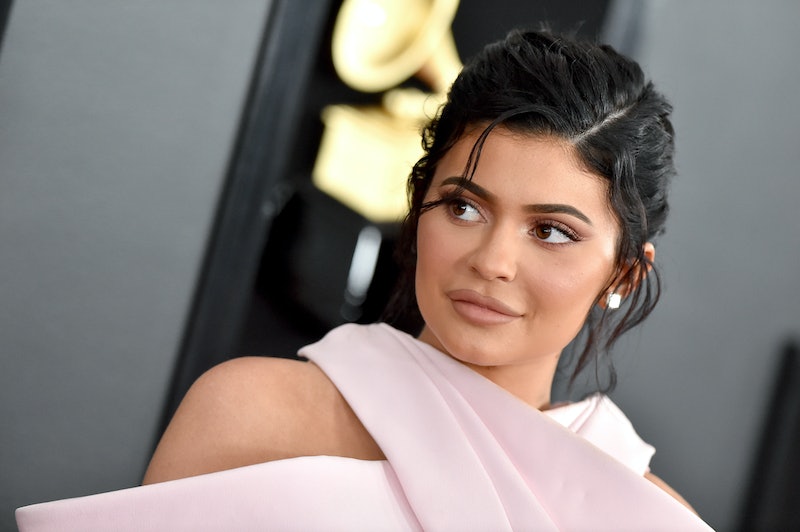 Makeup mogul, reality star, mother and now, it looks like Kylie Jenner may add "pop star" to her long list of accomplishments. At The Biebers X LIFT LA X Inner-City Arts charity event on Friday, Dec. 13, Kylie Jenner and Justin Bieber performed "Rise and Shine," the viral song that the Kylie Cosmetics founder sings to her 1-year-old daughter, Stormi, every morning. Jenner attended the event — which featured art curated by Bieber and his wife, Hailey, and benefited families in need in the Los Angeles area — alongside her mother, Kris Jenner.

During the evening, Bieber performed several of his biggest hit songs, including "Baby," "Sorry" and "Love Yourself," for the guests in attendance, according to manager Scooter Braun. "Congrats to @justinbieber@haileybieber for raising so much tonight with all these amazing artists for those in need," Braun wrote on Twitter, alongside a video of Bieber performing an acapella version of "Never Say Never" with Jaden Smith. Not long after that, Bieber posed for photos with Smith and Jenner, before his own take on the reality star's signature song.

The singer then turned Jenner's viral hit into a makeshift duet, by asking Jenner herself to step up to the microphone and perform "Rise and Shine." Though neither Jenner nor Bieber shared the moment on social media, the acapella performance was captured by many of the people in attendance, including photographer Bryant Eslava, who shared the video clips on Twitter and his Instagram Story.

Jenner first debuted "Rise and Shine" back in October, during a video in which she took fans and YouTube subscribers on a tour of her Kylie Cosmetics HQ offices. Near the end of the video, she shows off Stormi's playroom, revealing that she wakes her daughter up by singing to her, and the quick, three-word song was quickly turned into a meme, and remixed into ringtones and even an EDM track.

Along the way, many of Jenner's celebrity fans show shared their own covers of "Rise and Shine," including Miley Cyrus, who posted an Instagram video of herself singing the viral hit with boyfriend Cody Simpson, and Ariana Grande, who asked to sample the song on her Instagram Story. In mid-October, Jenner herself got in on the fun by creating "Rise and Shine" merchandise, including sweatshirts celebrating the meme, that fans can purchase through her Kylie Shop Store.

A month later, the makeup mogul revealed that she was delighted by all of the attention that her "Rise and Shine" song had generated, and encouraged fans to continue to put their own spin on the meme. "Rise and Shine was an unexpected moment.. I had a lot of fun with it, and I have laughed so hard seeing everyone’s memes since the video came out a few weeks ago," Jenner wrote on Twitter.

While Jenner may not have expected "Rise and Shine" to become the Internet sensation that it is now, it's clear that she and her friends are still having fun with the viral hit. If Grande doesn't decide to turn the impromptu song into a track for her next album, maybe Jenner and Bieber will find a way to collaborate on an extended duet sometime in the future.