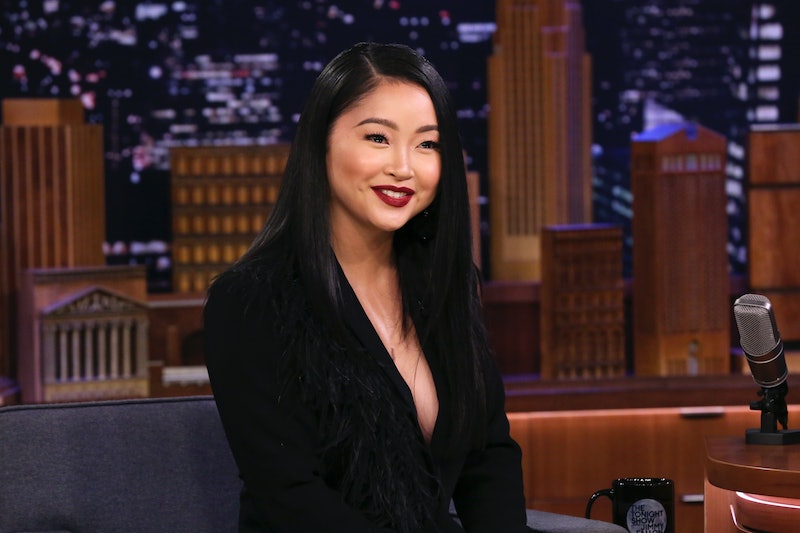 In response to the White House's insistence on referring to COVID-19 as "the Chinese virus," Lana Condor called out President Trump for being "racist" towards the Asian American community in a powerful post on Twitter and Instagram. The president has been using the phrase "Chinese virus" — rather than coronavirus or COVID-19 — online and in press conferences. On March 18, Trump even defended his rhetoric to reporters. "It's not racist at all," he said, according to Politico. "It comes from China."

However, in her Twitter post, Condor slammed Trump for his "racist words and actions," explaining that the rhetoric could potentially endanger Asian Americans across the country. "You have no idea the ramifications your racist words & actions have on the Asian American community," the To All the Boys star wrote. "You simply cannot even fathom the danger you are putting our community in. How dare you. You should be ashamed of yourself."

The actor continued her impassioned message by encouraging Trump to follow in the footsteps of other world leaders who "LEAD by setting good examples" and taking action. Condor then concluded her post by imploring for the president to "be better," so that she and other members of the Asian American community "aren't afraid to leave our house in fear someone will verbally or physically abuse us because of your xenophobia."

Along with her post, Condor explained that it has been "a nightmare" to watch the impact that the novel coronavirus — and the racist rhetoric that comes with it — has had on the American people. "To wake up to your chaos is truly a nightmare. Please. Be better," she wrote to Trump, along with some heartbroken emojis. "To my followers — be safe. I love you."

Condor — who was adopted from Vietnam by white parents and grew up in Chicago — has been open about the struggles of being seen as more than her race, especially as an actor. "When I was a kid... when I met someone new, I was like, ‘Oh, they’re meeting me, Lana,'" Condor told Bustle in August 2018, adding that she didn't feel singled out by her race until she started auditioning in Hollywood. "Now, because of how specific people are ... 'I’m like, do you really want to sit down and talk to me as Lana, or do you want to sit and talk to me as Asian Lana?'"

As a result, Condor explained that getting to play Lara Jean in To All The Boys has been "the greatest gift," especially because the films establish the character as "the girl next door" rather than a stereotype. "I want to represent our community, but also represent us Asian Americans in a way where it’s like, ‘Look, we are just like you! We’re not this other entity.'" After seeing the overwhelming response from the Asian American community, Condor was determined to do even more with her platform to help empower others.

In December, she traveled to Vietnam in partnership with the Girls Opportunity Alliance to promote girls' education; when Condor announced the trip on Instagram in October, she also revealed she's "been working on my scholarship for young women ... with The Asia Foundation." The actor explained in a recent interview with Vogue that the scholarship has been incredibly important to her: "I was looking at [the recipients] ... and being like, This could have been me." No wonder Condor is willing to take on the president himself, in order to stand up for her community.