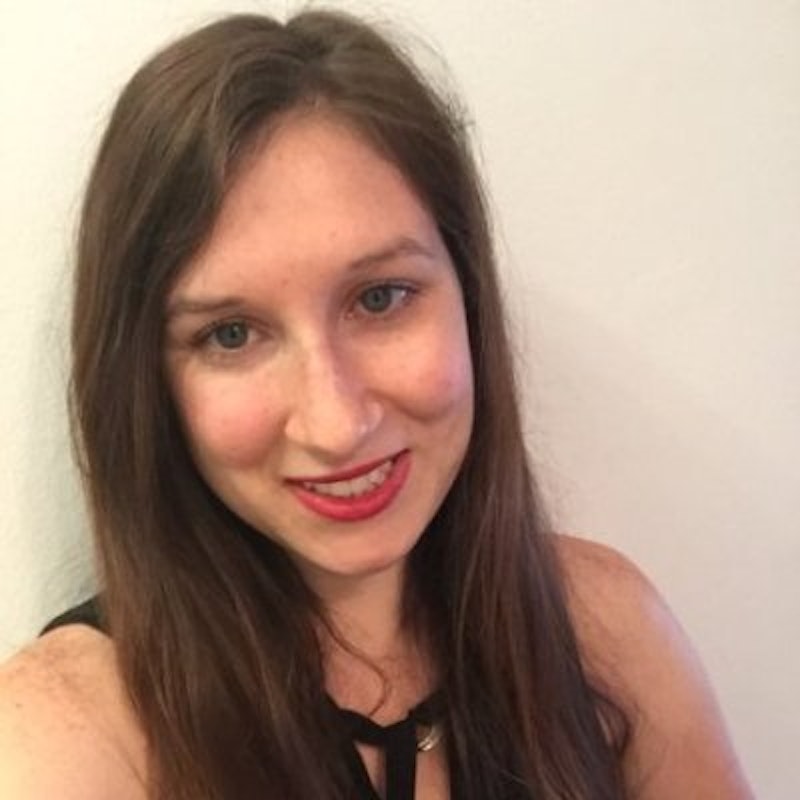 Of all the sucky emotions out there, there's nothing we try to avoid quite like embarrassment. From eschewing public speaking to something as basic as locking bathroom doors, we go to great lengths not to end up embarrassed. Which is why it was terrifying to realize that improving your career required me to face humiliation.

This could apply to any career though: The more you want to accomplish, the more ideas you have to put out there. And other people might hate them. But if you keep them to yourself, you'll never find out if they'd actually love them. As a writer whose work is very personal, I've seen the necessity of risking humiliation especially clearly. I've written about the most personal, humiliating experiences of my life — and that's the writing that's gotten me furthest.

The first articles of mine that went viral were about dealing with an eating disorder, having terrible dating experiences, and not shaving my legs. And anti-feminists on the internet made it their mission to embarrass me about these things. They called me ugly, stupid, crazy, manly, and other terms meant to humiliate women. I considered writing less about personal topics or publicizing my work less. But it seemed like the work that led to the most embarrassment was also the work that got the most attention and praise, so I had to keep at it.

The one thing I was still scared to write about in detail, though, was my sex life. People could attack me on such a personal level that way, and besides, what if my parents saw those articles? But then I thought, "what if they did?" The answer was: I would be embarrassed. That's all. I decided I could risk some embarrassment for the chance to write what I love.

If I'd avoided "embarrassing" work, I'd have a lot less recognition (and money) than I do now. But more importantly, I wouldn't have added my voice to conversations that could benefit from it. When you talk about things others aren't willing to talk about, you let them know they're not alone and there's nothing wrong with them. They see that it's OK to not orgasm during sex and that it's not weird to like consensual dick pics. Even more importantly, once we talk about taboo topics like sex, we can start to talk about their (many) connections to issues like feminism and social justice. If having these conversations has to be embarrassing, I will never stop embarrassing myself.

But the necessity of embarrassment doesn't just apply to writing. It's also come up when I've asked acquaintances about job opportunities I didn't know if I was qualified for, reached out to coworkers in attempt to establish friendships, and pitched ideas I thought people might hate. I'm sure it comes up in your profession, whatever it is.

If there's something you've been avoiding because of embarrassment, ask yourself what would be the worst that could happen if you did it anyway. The worst possibility is probably just that you'll be embarrassed. And you can survive that. Humans are programmed to avoid unpleasant emotions even when they don't signal a problem, but our rational minds can override that impulse.

If you're willing to be humiliated, you will be unstoppable. You'll never hesitate to ask for something because you'll be open to hearing "no." You'll share every idea you have, even if you're not sure it's good, because you never know what might land. You'll have tough but necessary conversations because you know the most difficult conversations create the deepest connections. And people will appreciate you because, by showing the embarrassing aspects of yourself, you're giving them permission to be embarrassing, too. We're all a bit embarrassing, after all — which is why we really have nothing to be embarrassed about.