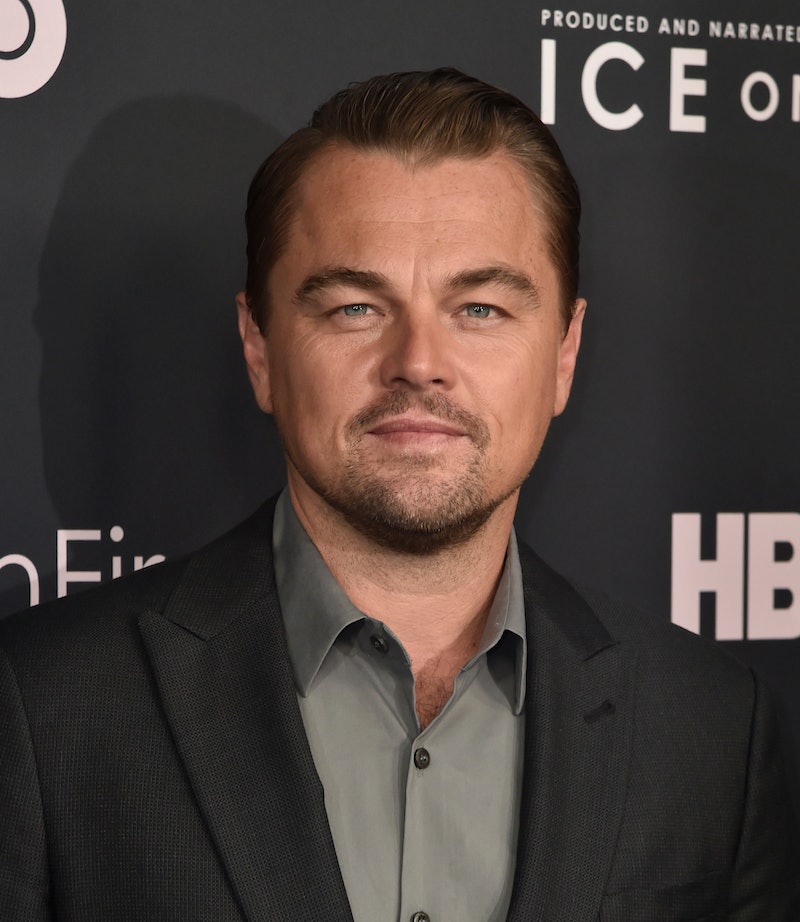 Call it a true Hollywood love story. While chatting with reporters on the red carpet at the July 22 Once Upon a Time in Hollywood premiere, Leonardo DiCaprio revealed he's a fan of Euphoria. Yes, Mr. Titanic himself loves the HBO teen-centered drama as much as you do.

"I just saw Euphoria, which is amazing," DiCaprio gushed in a video posted by Variety on social media. "That show is amazing."

Of course, it didn't take long for Zendaya (who plays Rue Bennett) to catch wind of DiCaprio's fandom, with the series lead sharing Variety's video of the actor's comments via Twitter. And was she ever excited, period. No, really: DiCaprio's comments elicited a response from Zendaya that included nothing more than a period. The end.

For those who have yet to discover the eight-episode HBO summer series, Euphoria follows Zendaya's Rue, a recovering teen drug addict, recently out of a rehab stint. Per HBO's official description, Rue's "life changes dramatically when she meets Jules Vaughn (Hunter Schafer), a trans girl who recently moved to town following her parents’ divorce, and like Rue is searching for where she belongs." Ultimately, the show gives a raw look at a crew of high-school students navigating "a minefield of drugs, sex, identity, trauma, social media, love, and friendship."

Her costar, Eric Dane (aka secretive father Cal Jacobs) found a couple more words when posting his own Twitter reaction to DiCaprio's Euphoria praise. "Solid Endorsement," Dane wrote, along with Variety's clip from the Once Upon a Time in Hollywood premiere.

According to People, DiCaprio followed up his quote with a further discussion about the current culture of marathoning new series and Euphoria's place in the new normal.

"We’re entering this age of streaming where things are so immediate,” he added, per People. “And all of a sudden we have a new show, eight episodes of a new brilliant show, that comes on that you can watch almost every other day.”

How does the streamability of shows like Euphoria factor in to the landscape of the film industry? Referencing his new Quentin Tarantino film, which also stars Brad Pitt and Margot Robbie, DiCaprio added to People:

“So when you’re talking about a movie that’s shot on film, where you have all of Hollywood Boulevard that is physically transformed into 1969 with no CGI, this is kind of a real throwback to an era of filmmaking that we’re not gonna see anymore. And in a way it is a bit of a dinosaur. I just hope that we’re still gonna have this communal theatrical experience of going to see a great piece of art all together and enjoy it.”

But don't think the changes will find him taking a break anytime soon. “I mean, I suppose at some point I might retire, but I’ve always looked at this as the greatest gift that anyone’s ever given me," he told People. "I feel like I won the lotto, so I’m going to keep going as long as they’ll have me.”

Perhaps a future role could include a Euphoria Season 2 guest spot.