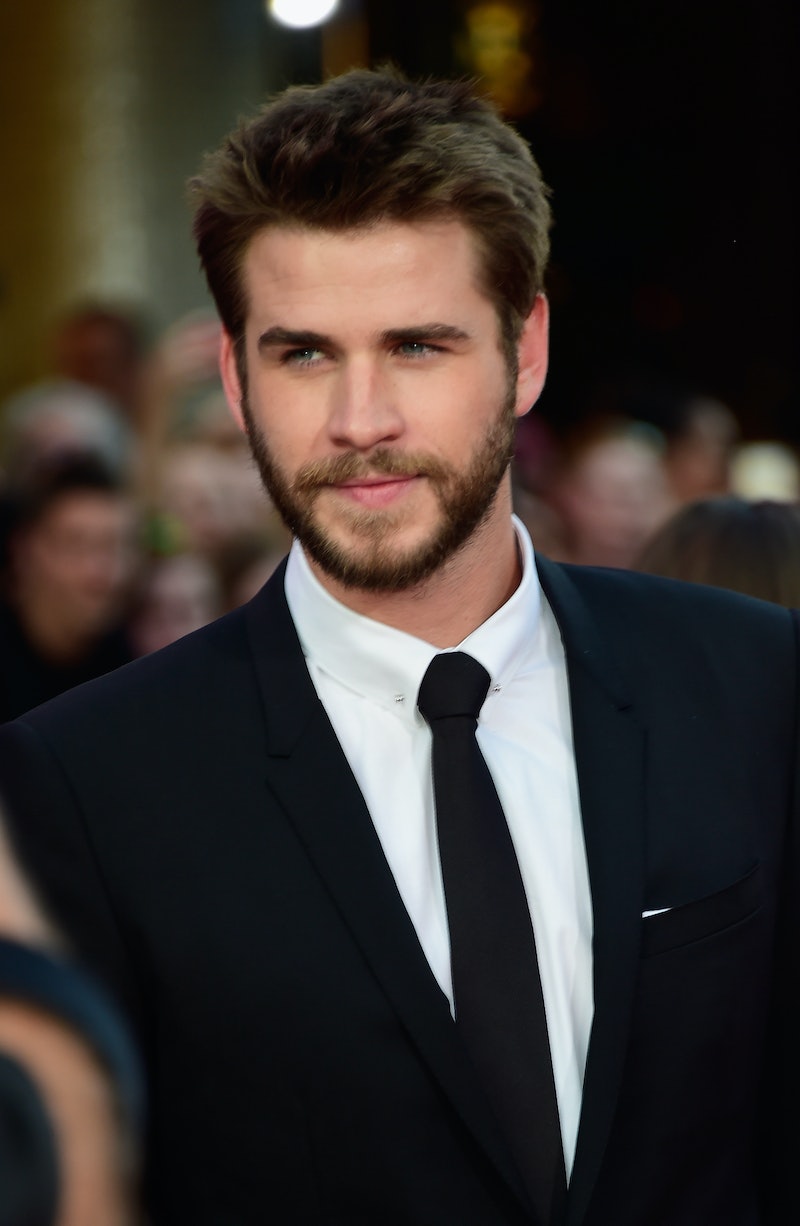 Two months after he officially split from his on-and-off partner of ten years, Liam Hemsworth was spotted out with Maddison Brown in New York City. According to TMZ, the pair enjoyed a meal and drinks together in the West Village, before embarking on a romantic stroll around the neighborhood while holding hands. A report from E! News also noted that Hemsworth and Brown were photographed smiling together on the subway, ahead of their afternoon out. Bustle reached out to representatives for both Hemsworth and Brown, but did not receive an immediate response.

The low-key date is the first time that Hemsworth has been spotted with someone new since filing for divorce from Miley Cyrus back in August. The couple first announced their separation on Aug. 10, with a statement explaining that Hemsworth and Cyrus had decided to "lovingly take some time apart," after 8 months of marriage. In the months since, the Aussie actor has stayed mostly out of the spotlight, though he was spotted hanging out with older brother Chris Hemsworth in Australia in September.

Since reports of his split with Cyrus first made the news, Hemsworth has only publicly commented on the breakup once, sharing a statement on Instagram in August to inform fans that the dissolution of their ten-year relationship is a "private matter." Alongside a photo of a sunset, Hemsworth wrote, "Miley and I have recently separated and I wish her nothing but health and happiness going forward." He continued, "this is a private matter and I have not made, nor will I be making, any comments to any journalists or media outlets. Any reported quotes attributed to me are false."

In early October, Hemsworth headed back to work, filming scenes for his upcoming TV series, Dodge & Miles in Toronto. According to TMZ, the actor was photographed wearing a ripped tee shirt and covered in fake injuries, while Cosmopolitan reported that he was also spotted filming stunts that involved his character, Dodge Maynard, getting hit by a car. In the series — which will premiere on streaming service Quibi — Hemsworth plays a man who is desperate to find a way to take care of his pregnant wife before his terminal illness becomes fatal. He eventually accepts an offer from Christoph Waltz' character, Miles Seller, to "participate in a deadly game where he soon discovers that he’s not the hunter, but the prey," per Variety.

While the actor has mainly been focusing on work since the split, a source reportedly told Us Weekly on Oct. 9 that Hemsworth "hasn’t been dating anyone, but he’s open to meeting people." In another article, the outlet reported that Hemsworth is doing well post-split, and that he "wants what’s best for [Cyrus] — even if it’s not him." Though Cyrus is currently dating Cody Simpson, she has a similar perspective on the separation, as she wrote in a series of tweets back in August, "Liam and I have been together for a decade. I’ve said it before & it remains true, I love Liam and always will," she wrote in part.

As both Cyrus and Hemsworth move on from their relationship, hopefully their respect for one another will be one thing that doesn't change.

More like this
Selena Gomez Is Fine Being Single, But She Still Manifested Romance On 'SNL'
By Martha Sorren, Jake Viswanath and Jack Irvin
Bachelor Nation's Blake Horstmann Is Dating 'Love Is Blind' Star Giannina Gibelli
By Jake Viswanath and Radhika Menon
Evan Rachel Wood Has Stayed “Good Friends” With Ex Katherine Moennig
By El Hunt
Who Is 'Umbrella Academy' Star Elliot Page Dating After His Divorce?
By Jake Viswanath
Get Even More From Bustle — Sign Up For The Newsletter