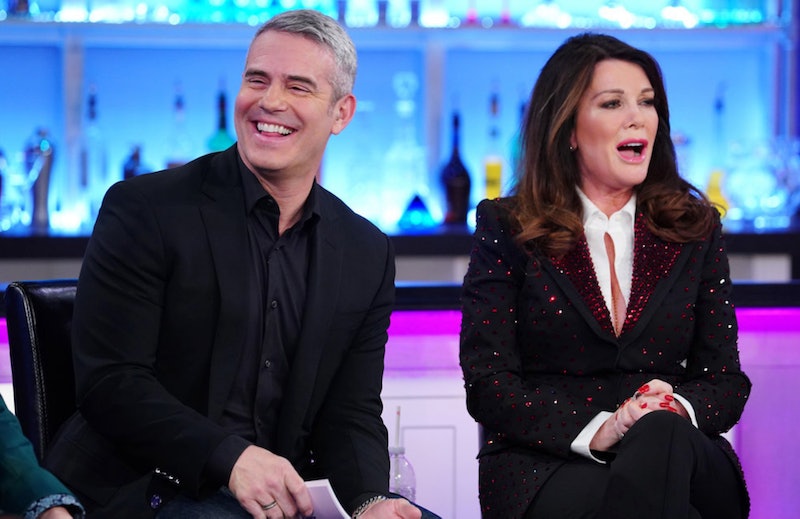 Oh, Lisa Vanderpump and The Real Housewives of Beverly Hills Season 9 reunion. To think of what could have been. Lisa Vanderpump did not attend the RHOBH Season 9 reunion, and after all the Season 9 mayhem happened, she probably was never going to attend the RHOBH Season 9 reunion. As she said on Twitter on Thursday, June 27, "there was no chance of reuniting." No chance. As in, she was not on the fence about the reunion. Instead, she took that fence, chopped it up into kindling, threw it in a fire, and reheated some leftover SUR deep fried goat cheese balls over the flame.

“No in season 4 &6 it was whole cast against me, and I sat there 10 hrs. This year again it was 5 against 1. I was done, it was just too vicious this time, I wasn’t in the same place emotionally. #BULLIES There was no chance of reuniting.”

After LVP stopped filming with her RHOBH costars in the middle of Season 9, fans hoped she'd come back for the reunion. And for a little while there, a glimmer of hope gleamed: In May, she revealed to Hollywood Life that she "[hadn't] decided” whether or not she would return for the post-season episode.

But then a few days before the reunion taped, she shared with DailyMailTV that it probably wasn't going to happen. She said,

"The objective of the reunion is to reunite, right? And I have no inclination to reunite with the women who've been harassing me for 10 months now. So in all probability, no."

And what do you know, it did not happen.

Will it be a Sexy Unique Vibe, or a Lucy Lucy Awkward Juice Vibe? Only time will tell. In a new interview with Vulture, Cohen said he is not sure if LVP’s next Watch What Happens Live episode will be awkward, but then went on to say that he is not going host “a Lisa rebuttal show” where she can speak her truth about what did and didn’t happen on Season 9. “Her time to say her peace was at the reunion, and she gave up that opportunity,” he said.

Like many of us, Cohen hoped she wouldn't pass on the chance to share her side of the story at the reunion. As he recently told E! News,

"I wish she had come. It's hard because her voice isn't being heard, and so I think it was important to hear from her."

He also told E! News that he does not see a follow-up interview special with LVP in the tea leaves.

So if you are still holding your breath for a one-off episode where Cohen treks out to Villa Rosa’s miniature horse stables for a heart-to-heart about Season 9 and beyond, go ahead and exhale. It really sounds like Lisa will not be getting the Luann de Lesseps-style interview episode we crave after all.