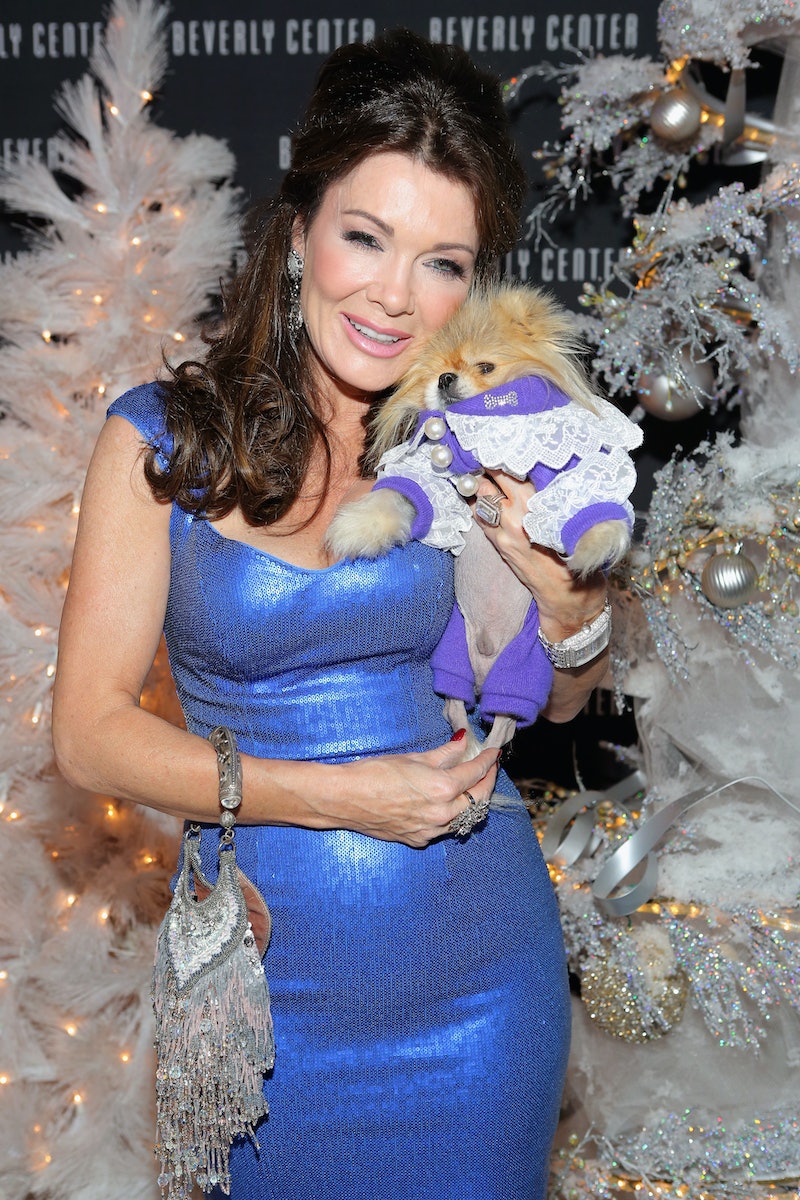 Oh, and Giggy the Pomeranian and Harrison the Pomeranian also graced the event with their precious faces, because duh doy. That one's a given. Wherever Ken Todd goes, Gigolo and Harry go, and those two pooches wouldn’t miss LVP’s dog party for the world. For Pumptini’s sake, they were right by Todd's side when he told DJ James Kennedy that he’d “knock [his] spark out” on the sidewalk in front of SUR. You can always count on those two Poms to show up.

Just when you think the guest list couldn't be more impressive, a picture of Schnooky shows up in your feed. Yes, the adorable fluff dog that pooped on LVP's white carpet right before her birthday was at the gala. Paw-fect. Just paw-fect.

If this bevy of Bravolebrities speaks to your reality TV-loving heart, tell your heart to keep its ears open, because this event isn’t done delivering. Former Bachelor contestants Danielle Lombard, Jasmine Goode, Amanda Stanton, and Dominique Alexis were at LVP’s gala, too.

No, this wasn't a reality star-only event; a lot of non-reality TV celebrities were there, including LVP's longtime friend Lance Bass, who— wait just a second. Though he's best known for being a member of late '90s/early '00s boy band *NSYNC, Bass has also been on a bunch of reality TV shows. This party had Bravolebrities, Bachelor alums, and Bass? Wow. Truly the stuff of reality TV fans' dreams.

As cool as the reality star-studded guest list is, getting a bunch of unscripted TV personalities in the same room wasn't the whole point of the event. The second-ever Vanderpump Dogs Gala aimed to raise money to benefit LVP’s organization, The Vanderpump Dog Foundation. The site explains, “The Vanderpump Dog Foundation, founded in 2016, is a 501c3 dog rescue organization, working on both a domestic and international front to help create a better world for dogs globally.” The Foundation has launched the Stop Yulin Forever campaign, opened up a rescue center in West Hollywood, and made World Dog Day an actual thing, and they've only just begun. As the Foundation says in its mission statement,

“The Vanderpump Dog Foundation has both short and long term goals. Our approach is both pragmatic and political. With grassroots campaigns like free spay/neuter days for rescue pet owners in Los Angeles, to global health studies with the World Health Organization to ban the consumption of dog meat, The Vanderpump Dog Foundation has a multifaceted approach to creating a better world for man’s best friend.”

If there’s one thing that'll get Bravolebrities from different shows to band together, it’s their love of dogs. That, and the Sharknado movie franchise.