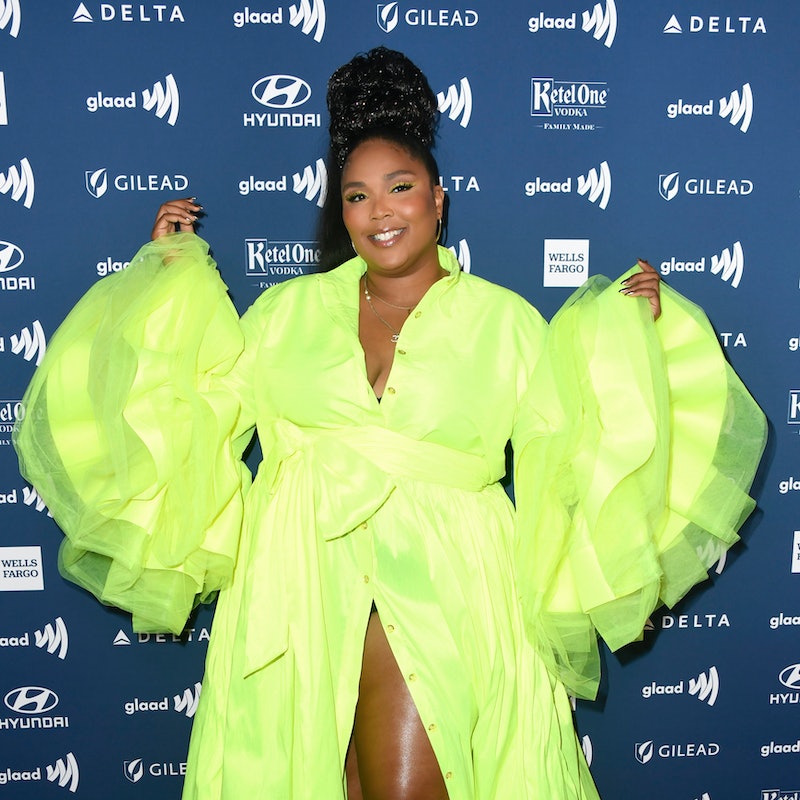 On Friday, April 19, Lizzo dropped her highly-anticipated third studio album Cuz I Love You and fans can't seem to get enough of the body positive rapper/singer's empowering lyrics and signature DGAF attitude. While there are definitely many bops on the album that will, without a doubt, be at the top of many playlists for the rest of spring and upcoming summer, Lizzo's "Soulmate" song was one that quickly struck a chord with fans who took to Twitter to deem it an instant classic.

The lyrics, which speak about being true to yourself, send an amazing message about being comfortable in your own skin which is something that has undoubtedly given fans all the feels given their huge social media response to the song's release.

In the first verse, the entertainer, whose real name is Melissa Jefferson, raps, "A lotta two-faced people show me both sides / So I figured out I gotta be my own type" She later touches on being her own love on the song's second verse, sharing,

After the album's early morning release, fans took to Twitter to express their feelings about the song and their reactions prove that "Soulmate" will be a summer anthem that everyone get into.

One commenter posted a meme with Lizzo rocking crown along with the song's chorus and pointed out how the rapper helps to make you remember to love yourself.

Another fan said that "Soulmate" has totally given them life on what they deemed "Lizzo Day."

The song has some people loving Lizzo more that ever before.

Someone used a series of fire emojis to express their feelings about the song while quoting some of its most empowering lyrics.

One Twitter fan called it the "single-girl anthem" of a lifetime.

This commenter sent Lizzo a collective thanks from everyone who is their own soulmate.

Another person feels that the song is definitely on another level.

The song's lyrical content brought tears to one listeners eyes.

9. It's What The World Needs

Calling the song "the bop of the year," this fan can't seem to get enough of both Lizzo and her new album.

The song is going to help this commenter get through the weekend.

"Soulmate" is everything this listener needed and more.

Following the release of her songs, "Juice and "Tempo" earlier this year, it was clear that Lizzo was ready to take over the music world in 2019. And while there was no doubt that her new project would amazing, song's like "Soulmate" from Cuz I Love You have made it completely clear that she's here to stay.