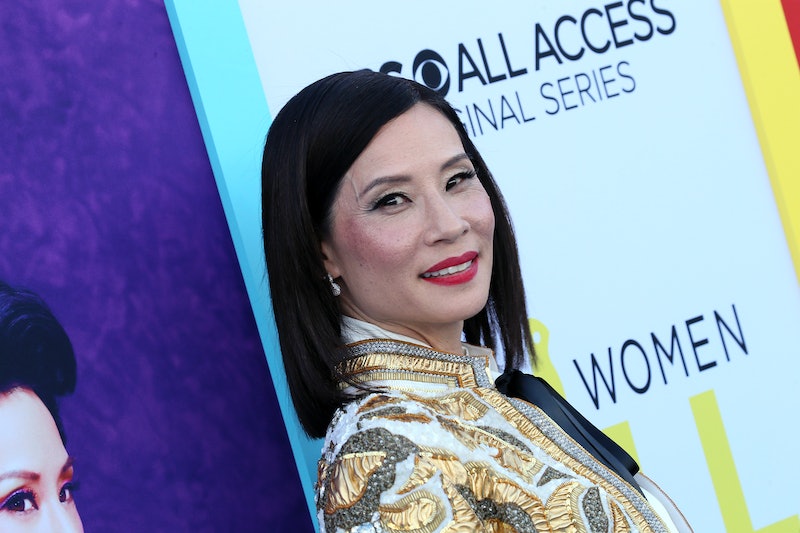 Remember when everyone was getting lobs? Well, that's not happening anymore because the actual bob has taken over Hollywood. Lucy Liu's bob is the latest in the celebrity short hair trend, and it's the shortest the actor's hair has ever been.

According to Allure, Liu showcased her new style on Instagram crediting stylist Marco Santini with the chop. While the Why Women Kill actor has had a long bob that fell just below her shoulders for a few months now, she's gone progressively shorter over time. In September, her bob took a new turn ending just at her chin at the Christian Siriano runway show. Now, Liu's bob has gotten shorn again, falling just below her ears and grazing her jawline in her what Allure deems her shortest look ever.

Liu took her new bob out for a spin at the Hudson River Park Annual Gala according to People. Liu was being honored at the event, and posted numerous images from the night to Instagram including one that shouted out her new 'do. In a photo from the red carpet, Liu explains that she has a "chic new cut" from her hairstylist and that's "too good" not to be paired with makeup by artist Kristofer Buckle.

She's right. This cut is too good to miss.

Of course, Liu is far from the only celebrity to get a bob recently. The look seems to be celebrities' it cut of the moment (when they aren't moving back and forth between blond and brunette that is).

Over the weekend, Kim Kardashian West opted to return to her ultra-short bob that's nearly identical to Liu's own. Kadashian West's sisters, Kylie Jenner and Khloe Kardashian have also been spotted in new bobs lately.

Sure, you may be thinking that given just how much the Kar-Jenners switch up their hair, they can't be depended on to create a trend, but it's not just E!'s royal family that in on it.

At the beginning of October, Cardi B got in on not one but two trends when she rocked blonde hair and a new bob thanks to wig master Tokyo Stylez. Then, there's Cardi's Hustlers co-star Jennifer Lopez who got an asymmetrical chop courtesy of hairstylist Chris Appleton back in September.

If you've been thinking about doing something new with your hair for fall, you may want to look into getting a bob.