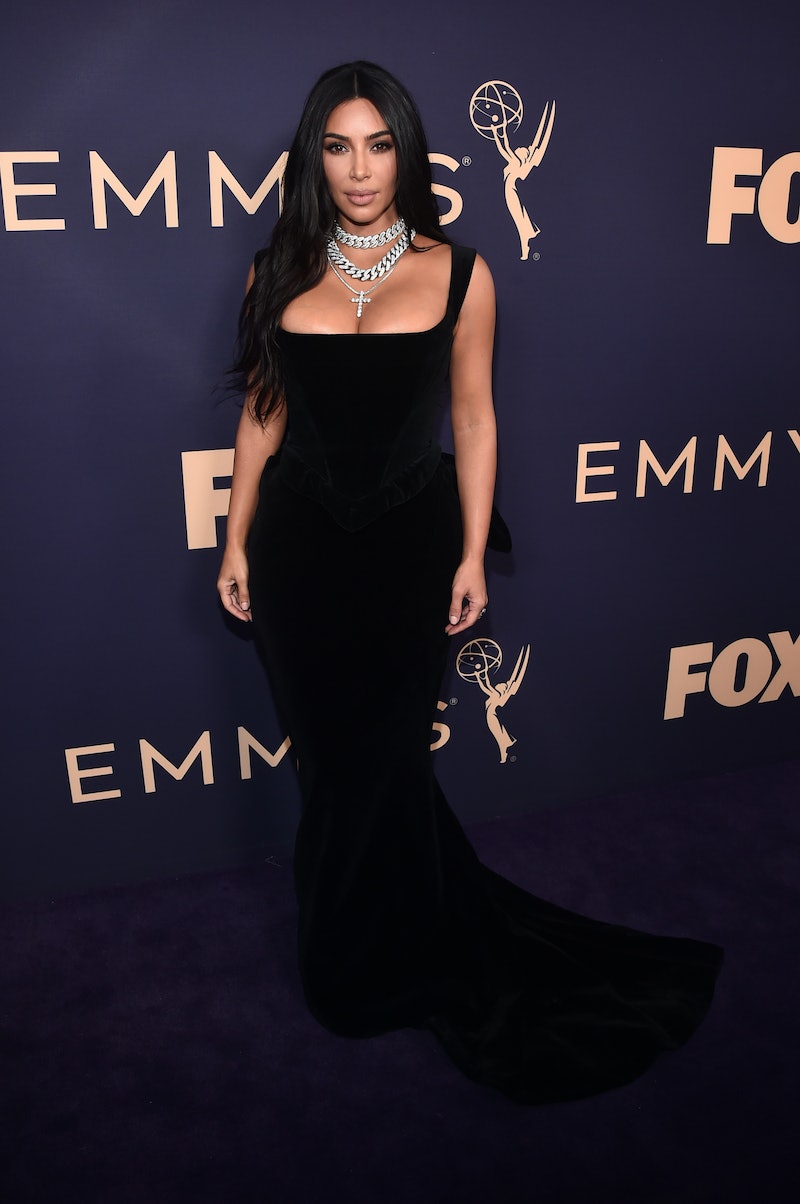 In a slide posted to her Instagram stories Oct. 20, Kardashian West took a quick video of herself walking outside with the sunlight casting a shadow of her onto the concrete. In the footage, it's clear that she has chosen to rock her bob again with the hairstyle stopping just below her chin. It's the same short, blunt style she's had in the past.

The Keeping Up With The Kardashians star was also filmed by her sister Kourtney Kardashian while checking out her new KKW Beauty display at Ulta. In the moment from Kourtney's Instagram story, Kardashian West comes around an aisle in an Ulta story while Kourtney exclaims, "Is that Kim Kardashian West?" While Kim's hair is pulled back in the video, it's clear that the ponytail she's wearing is ultra-short and would certainly be bob-length if she took her hair down.

The new (but also old) look is reminiscent of the style she had back in September when hairstylist Chris Appleton cut her hair not once but twice in a single day. The second chop, which happened after Kardashian appeared on the Today Show to promote Skims, was the star's shortest hair ever, and it appears she liked it since she's rocking it again now.

Kim Kardashian isn't the only Kar-Jenner to get a bob recently, though. The haircut seems to be a family affair. Just two weeks ago, Kylie Jenner also rocked a blunt, shoulder-grazing style on her own Instagram. Then, there's Khloe Kardashian. The blond member of the family has also worn the style with her own bob almost perfectly coinciding with Jenner's.

Who will be the next member of the Kardashian-Jenner family to get a blunt bob? It certainly seems like the 'do is their new go-to style.