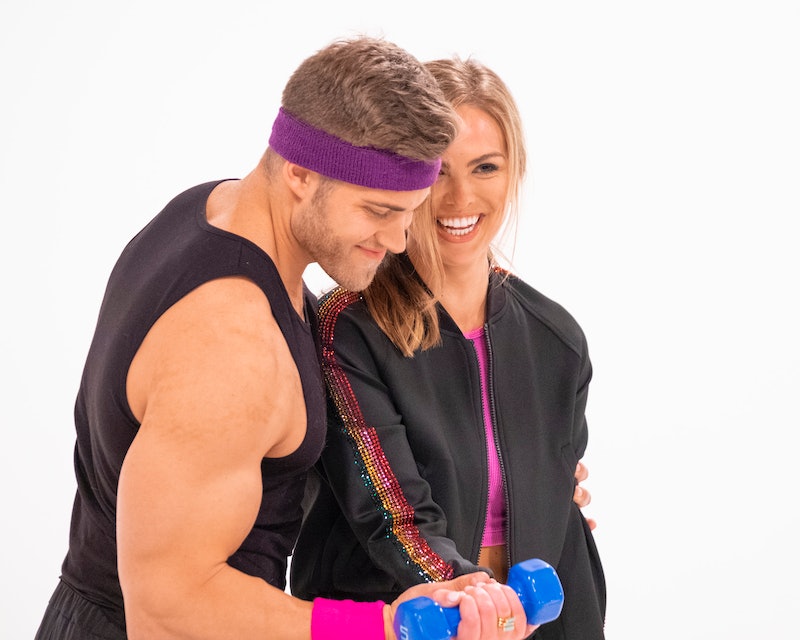 We're only a few weeks in, and Luke P. has already become the villain of Hannah B.'s Bachelorette season. But as much as he might make your blood boil, if Hannah is keeping him around for a while, we might as well learn a little more about him to try and figure out what she sees in him. So what is Luke P.'s job? What does he do when he's not staring at Hannah from afar or stewing with discontent when she speaks to another man?

According to his ABC bio, Luke is an import/export manager, but it's unclear exactly what company he's employed with. His LinkedIn also neglects to go into detail about his current position, but the page does say he's an "entrepreneur" and that he works part-time at CrossFit. That is quite literally the only information out there about Luke P.'s job, so maybe he's planning on making brooding on television his full-time career.

If we're going to count CrossFit and athleticism as a part-time job, we can delve a little further into what exactly Luke P. does. In an Instagram post from late last month, Luke P. described a massive workout he did with a training facility in his town in honor of Memorial Day, and he seems really caught up in lifting and working out. Maybe that's what contributed to his extra aggressive rugby activity with Luke S. last week.

If Luke P. has co-workers wherever he does his importing and exporting (and he didn't quit his job to go on the show like Cam), he's probably spent a substantial amount of time explaining his onscreen behavior to them. In another Instagram post last week, he addressed his followers and Bachelorette fans by saying that he knows he doesn't look great on the show, but that he's trying to learn.

"First I want you all to know how hard it has been for me to watch myself this season so far. Regardless of what is aired AND IF @alabamahannah and I are together or not my behavior in all situations has been and will continue to be exposed. I have learned a lot and I am continuing to learn about my flaws as a man. I'm the first to admit I am far from perfect. This journey has giving me a great opportunity to grow and mature as a man, for that I am grateful."

Regardless of the specifics of Luke P.'s job, he probably won't be leaving the show and heading back to work anytime soon. Though he's currently in the midst of a heated feud with Luke S. and a rose ceremony still needs to be had, Hannah clearly has a soft spot for him. So despite every other man in the house pretty much hating Luke's guts, he's probably going to go pretty far — if not win the final rose in the end.

Maybe at some point Luke will explain exactly what it is he does (what is an import/export manager, anyway?), but until then, we'd all better prepare ourselves to eye-roll our way through the end.