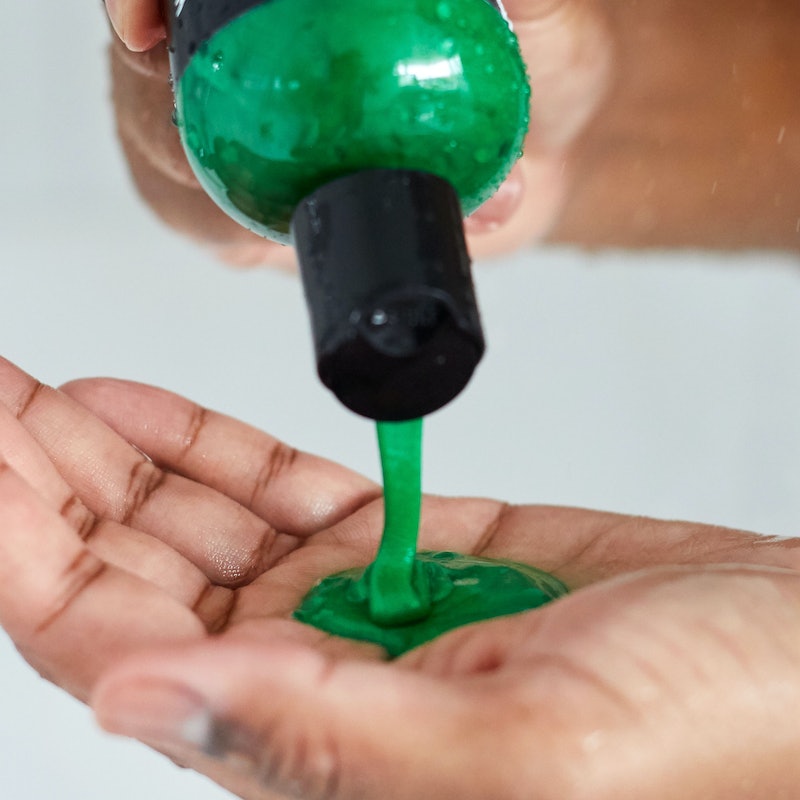 Lushies, it's your favorite time of year: holiday season at Lush. The brand is certainly delivering for you in 2019. As usual, Lush's holiday products are next level, and they're coming at you fast from now until the end of the year. However, Lush isn't just great at crafting new collections. The brand also knows when to bring back favorites when calls sound from fans. This time, Lushies wanted Lord of Misrule shower gel, so Lush is giving you Lord of Misrule shower gel.

During fall, several fan favorite Lush products make their return to the brand's online store and physical locations. From the Black Cat Bubble Bar that inspired an entire social media movement to the brand's classic shimmering Pumpkin bomb, there are items Lushies must grab during the chillier months. One in particular, though, has inspired Reddit threads, made the bestseller list, and inspired Lush shoppers to stock up so that they never run out: Lord of Misrule.

Lush has caught wind of fans' adoration for the green bomb that turns your water into a gorgeous glass of merlot with a spicy, autumnal scent. Now, Lord of Misrule shower gel has arrived, and not only is it back, but it's also here to stay.

The new (but also kind of returning) Lord of Misrule Shower Gel launched just in time for Halloween on Oct. 31, and it won't be going anywhere. If you don't have a Lush location near you, don't worry. The sudsy cleanser is available exclusively online at the Lush website. The brand spared no expense when it came to giving fans as much of the scent as they wanted, too. The body wash comes in four different sizes from 3.3 fl oz to a massive 33.8 fl oz with costs between $10.95-$52.95.

Lord of Misrule joins a line-up of other Lush products that have been brought back as permanent fixtures thanks to fans. Back in 2017, Lush launched its adorable Scrubee body butter. The bee-shaped exfoliator was a fan-favorite, and thanks to the #SaveScrubee campaign by Lushies, the product returned as a staple item in the Lush line-up.

What may surprise you the most, though, is that Lush's iconic Sleepy Lotion was, at one point, a limited edition Christmas item. The lavender-scented product launched during the holiday 2016 season but quickly went viral prompting the brand to make it a year-round option. Now, given its cult-classic status and position as a best-seller, it's hard to imagine a world where Sleepy doesn't exist.

While Lush Christmas is already on shelves for fans to shop, it looks like the brand is also giving another gift in the form of Lord of Misrule's permanent return in the form of a shower gel.